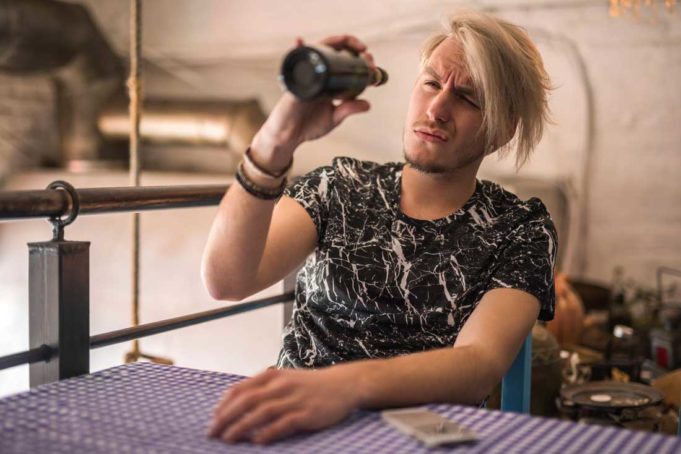 I’d be hesitant to put actual cash on this wager, but I bet most people who claim to be interested in beer are at least superficially aware that Anheuser-Busch InBev now owns London-based SABMiller, meaning that the Belgium-based conglomerate is no longer a macrobrewer but the macrobrewer. As these backstories go, SABMiller’s own formative merger is confusing –– if you have to waste your brain untangling something like that, try the Targaryen family tree instead –– but the end result is that AB InBev is now the largest brewer in the world.

Presiding over that enormous company is CEO Carlos Brito. According to a recent article on Just-drinks.com, an analyst recently questioned Brito about whether or not “craft beer had reached an inflection point,” citing a recent slowing trend in craft beer sales. While Brito wouldn’t commit to saying something as ridiculous as “Yeah, fam, we are at peak craft beer, stay woke,” he did suggest that consumers were “a bit tired of choice and go for fewer brands.”

Hmm. Are we? Do we? I guess I agree that a tap wall with 80 different craft beers is overwhelming, but how many choices are too many? Brito is in charge of the company that makes Budweiser, an iconic beer that, at present, comes in six different iterations, not counting two that have been discontinued. AB InBev also makes Bud Light, itself available in five different variations. Then there’s Bud Ice and Bud Extra, and there used to be Bud Ice Light. Oh, and Bud Light Wheat. That used to be a thing. Kind of a lot of different types to choose from, wouldn’t you say, Mr. Brito? And that’s without all of the different types of Corona or Miller or Coors or some other basic beer brand in your corporation’s stable.

In the article, Brito asserts that stores have only so much real estate. Too many craft beers have apparently overloaded consumers’ senses. Stores are better off limiting their available brands. Hopefully “Bud” is in the label somewhere!

The truth is that AB InBev offers just as much sensory overload to the shopping experience as every other brand. But that doesn’t make a statement like that true. Even the head of the Brewers Association, Bob Pease, said that such an enormous company could very easily leverage its size to kill smaller brands. Hypothesizing about consumer trends is Carlos Brito’s job. Your job, as a beer consumer, is to exercise your freedom of choice. So Anthony Bourdain thinks craft beer drinkers have ruined the bar-going experience. The point of a bar, he told Thrillist, is for customers to “get a little bit buzzed” and not “sit there fucking analyzing beer.”

Screw him! Though a Budweiser’s the first thing I order when I go into a strange bar, I like to be adventurous, so when you see all those craft labels in your grocer’s cooler, or the liquor store, or your favorite watering hole’s fridge or tap wall, be like me. (That’s the first time I’ve ever said that without irony.) (OK, maybe a little.) Maybe the beer market has had enough of craft beer, but maybe it hasn’t. If it has, the trend won’t hit us until probably 2021 anyway, so get crafty while you can.