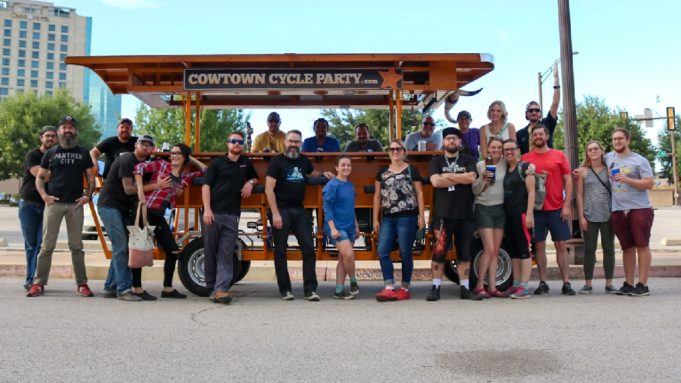 This year’s Homebrew Throwdown (November 20 at Panther Island Pavilion’s Shack) is bigger, better, and boozier than ever. At the heart of our event is the homebrew competition, judged by several of Fort Worth’s professional brewers. (For rules on how to enter visit our event page.) This year, we’re crowning several winners. Another perk for entrants is direct judge feedback via comment cards.

That’s only part of the Homebrew Throwdown experience. The Sunday event runs 12 to 6pm as part of North Texas Beer Week. The $20 cover ($15 in advance) gives you a tasting card, live entertainment, Dallas Cowboys on the Big Screen, games, and access to food and retail vendors. Tickets are available here.

The good folks at The Collective Brewing Project are hard at work, putting labels on American Sour Red bottles and prepping the taproom for a much-anticipated two year anniversary party this Saturday from 2 to 10pm. More than 20 popular, rare, and limited-release brews will be on draught and for sale in bottles. Dreamy Life Records and Music will be spinning records from 2 to 5pm. Americana/Roots rockers Chucho performs from 7 to 10pm.

Over the last year, “we’ve added more barrels,” he said. “We just added three new tanks to ramp-up production, and we now distribute to Austin.”

The biggest change is still on the horizon. Goldfuss said what many Collective Brewing fans have already noticed — the brewpub is overflowing with brewing equipment and barrels. With the help of new investors and a bottle project (offer ends Saturday), Goldfuss and his team are looking for a new brewspace that one day will be home to a foeder forest (more on that below), hundreds of barrels, and a larger brewing system.  The current Near Southside space will continue to operate primarily as a taproom.

“We bought it last September to make a happy home for our house sour culture,” Deyo said. “We keep feeding the culture that lives in it. We don’t clean it out. We pull wort (grain mash) as we need it. It’s like a giant sourdough culture, except we make beer with it. Pretty soon, we’ll be releasing our vanilla citrus beer called Dream Folk, based on a dreamsicle popsicle. We have some of that beer aging with Parker County peaches.”

Getting beer from good to great takes time, he added. While it’s possible to brew sour ales in as little as two months, achieving a profile with “rounded edges and greater complexity” requires aging for a year. Or more.

“We feel it’s worth it to have patience and make our beers take that next step,” he said. “It’s hard convincing people we need to invest in beer that we won’t sell for a year or two. Now that we’ve gone down that route, we’re passionate about it.”

When it comes to making beer, bigger is better, but only to a point.

“We want to cap out at three to five thousand barrels,” Goldfuss said. “We don’t need to be Karbach or St. Arnold. We make more artisanal styles that are a little higher in price point and take more time to make. We plan on staying small and enjoying what we do.” 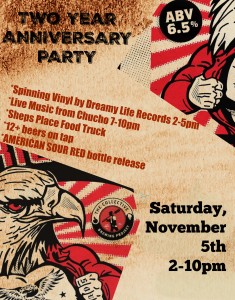