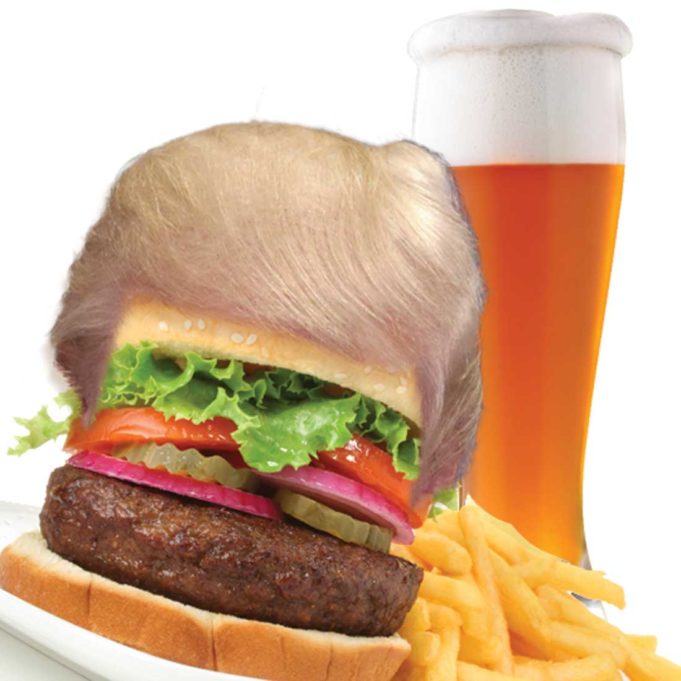 As this issue goes to press, 2016 North Texas Beer Week is at its midpoint. If you peruse the rest of this week’s Weekly, you’ll discover that the craft beer scene in Fort Worth appears to be stronger than ever, a triumphant conclusion running counter to the notion that we’ve reached “peak craft beer.” I mean, shit, the fact that there’s even a week celebrating such a specific segment of the market is a testament to the industry’s growth and enduring popularity of quality brews. All told, the success of the North Texas craft beer movement is a bright spot in an unfortunately gloomy part of American history.

Thank you, craft beer nerds, for continuing to buy this stuff, for keeping the locals in business. Though my default setting may be “grouch,” I am more than happy to see Fort Worth’s beer scene turn into such a big deal. After all, it’s our first week of life in Donald Trump’s America, and, frankly, we could all use some inarguably positive news.

But then again, I don’t like bullshitting people. It’s kinda hard to write about North Texas Beer Week when America just got all the more worrisome. For all the delightfully beery, celebratory events –– The Hardline doing a live broadcast from Wild Acre Brewery on Friday was one I wish I’d gone to –– the reserves in my stoke tank are sorely depleted. Unfortunately, my disappointment in (and creeping dread of) the America that elected Eric Cartman for President isn’t going to vanish just because Bird Café had a tap takeover.

Whatever. You’ve probably read seven articles about Trumpian horrors before you even brushed your teeth this morning. I assume you’d rather read about the North Texas Beer Week event that I actually did participate in, so here you go: I went to Rodeo Goat and chose a side in the “Burger Battle: Brewer’s Edition,” which pitted one outrageous burger concept made with a local beer against another of same. My options were Wild Acre Brewery’s “French Revolution” and Rahr & Sons’ “Bad Hombre.” In solidarity with this election’s left-leaning, epithet-reclaiming t-shirt sloganeering, my knee jerked in favor of the latter, but then I read what was in it and it sounded fucking insane.

Besides Rahr & Sons Winter Warmer onions, the Bad Hombre’s all-beef patty was topped with maple bacon, gouda and Swiss cheese, mango pico, cream cheese spread, and Rahr’s Buffalo Butt Burn Hot Sauce, all of which was theoretically constrained by a Hawaiian bun. There are lots of things in life about which I am ignorant, misinformed, confused, or completely wrong, but I know I do not want butt burn. By comparison, the French Revolution sounded more reasonable: essentially a French dip/jalapeño burger hybrid served au jus. I went with that, and, for a few minutes, I enjoyed a beer-accented, decadently gooey, horseradish-y stack of comfort food blissfully distracted from the thinking about life in America in 2016.

But even as grim and joyless as I might sound, I did find a North Texas Beer Week event that made me happy: Saturday is the grand opening of Lone Star Taps and Caps on Camp Bowie Boulevard (next door to Starbucks, near the Ridglea Theater complex). According to Shanda, the beer-tender on duty when I popped in, they’re doing a “block party”-style event 4:30-11pm, featuring barbecue from Billy’s Oak Acres and beer from Wild Acre, Rahr & Sons, Martin House, the Collective Brewing Project, Panther Island, and HopFusion, the newest kid on the Fort Worth brewery block.

Taps and Caps is a growler-filling station and taproom with 50 drafts and a huge cooler filled with local cans and bottles, but what really blew me away is that their tap menu is digital, listing each beer along with its style, ABV, IBU, price per pint and growler, and even how much is left in each keg –– all of which is monitored and updated in real-time. It’s easily the most futuristic and helpful beer menu I’ve ever seen in my life.

If your time for North Texas Beer Week shindigs is limited, I highly advise you to put Taps and Caps’ grand opening (on Saturday, in case you skipped to this part) on your list. Even if you’re as bummed about the world right now as I am, Taps and Caps’ huge selection of brews and its apparent commitment to educating its customers is a reason to get excited. Here’s to getting through the next four years.