Tonight’s battle pitting the Dallas Cowboys against the Giants is a tough NFC East divisional match-up, and so Hazel and I fly to East Rutherford, New Jersey, to watch the game among genuine New Yorker types in a bar near MetLife Stadium. Hazel the Research Assistant’s psychotherapist has diagnosed her with “sleep stress” and suggested she take a trip out of town for a change of scenery.

We stroll into a guido joint called the Swarthy Inn and sit at the end of the bar near a TV. Joe Pesci is tending bar. He wears a tuxedo shirt with the sleeves cut off.

HAZEL: It’s just, you know. You’re funny … the way you say ‘youse guys’ and cut off your sleeves and, uh, have visible cockroaches living in the popcorn machine. Do you not see the roaches?

PESCI: Let me understand this ‘cause, ya know, maybe it’s me, I’m a little fucked up maybe, but I’m funny how?

HAZEL: Have you been tested for Tourette’s? 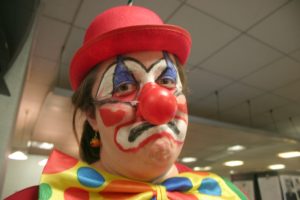 HAZEL: Actually, I don’t find clowns funny at all. Have you heard about the clown sightings…?

PESCI: I’m here to amuse you?

HAZEL: It would amuse me if you poured me a chardonnay, and, uh, dude, your nose … you’ve got a bat in the cave there, pal.

PESCI: No, no, you said it. You said I’m funny. How the fuck am I funny? What the fuck is so funny about me? Tell me!

HAZEL: Well, alrighty then. First off, say it, don’t spray it, Sylvester. Secondly, you sound like the offspring of Minnie Mouse and one of the Chipmunks. Thirdly, your character in Goodfellas was patterned after real-life mobster Thomas ‘Two-Gun Tommy’ DeSimone. Tommy stood 6 feet 2 inches tall and weighed 225 pounds. You are 4 feet 1 and look like Danny DeVito in a bad Elvis wig. I’ve got tougher ticks chewing on my tail than you. I’d bet money that my tick could beat you at arm wrestling — except your arms are too short! Because you are a tiny man. 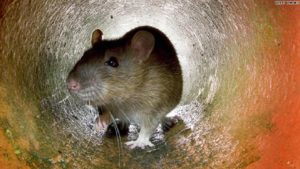 Hazel turns to face the crowd. The bar is eerily quiet. Hundreds of hooded eyes stare at her. The rat in my beer stops urinating long enough to see what happens next.

HAZEL: Folks, we are gathered here today to drink the elixir of the divinities and to observe the sacred sport of football. We find ourselves living in stressful times. We are a nation divided and, strangely, clawing at each other in the name of unification and solidarity. I’m just a humble research assistant at Off Asides, the most comprehensive and highly acclaimed Cowboys column this side of Sulphur Springs and possibly the world. I don’t know whether the long shadow of my celebrity stretches all the way to the sewers of your fair city. But this isn’t about my Q Rating, which my agent tells me is already up 22 percent over fiscal year 2015. I have roamed far from God’s country in Texas to mingle with the working men and women of this sprawling nuclear dump site you call the Empire City. You guys are here to root for your hometown Giants. I understand that. The Giants are 8-4 and clinging with desperation to jaded dreams of squeaking into the playoffs as a wildcard. QB Eli Manning is about as dependable as a paper diaper. WR Odell Becham Jr. couldn’t pass a psychological background check to buy a slingshot. The so-called Big Apple is more like the Large Chancre. Your city is dirty and scary. My heart goes out to you for surviving this snake pit. That’s why I want to invite each and every one of you to join me in rooting for the Cowboys. We don’t have to be divided tonight. The Cowboys have won 11 in a row. Their only loss was in Game One against the Giants, a 20-19 travesty back before Dak and Zeke had developed into rookie sensations. The Cowboys are out for revenge. No way that the Giants will sweep us this year. Your team is sinking, and, like I said, Manning throws like little Opie. And by that I mean that Ron Howard was too young to throw the rock all the way to the lake as he appears to do during the opening credits of the Andy Griffith Show. A prop man hid in bushes and threw a rock to make the water splash, but the timing of the splash is off noticeably. Check it out next time you watch Andy Griffith. But perhaps I’ve strayed too far from the point of my speech. What I want to say is; will you join me as a unified gathering of humanity in this otherwise anxious era of ambivalence, and lift our voices as one to cheer America’s Team to certain victory! What do you say, youse guys? 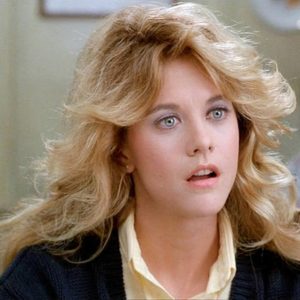 Hazel is glowing. She is intent yet calm, embodying the visages of Joan of Arc, Madonna (the original, not the pop star), pre-plastic surgery Meg Ryan, post-Brad Angelina Jolie, and Lassie all rolled into one furry ball with a tick on its tail.

The air grows still and quiet at the Swarthy Inn. You could hear a pen drop, but not a pin – a pin is really small, and the ice machine behind the bar is kind of loud. The ceiling fan hums, too. Come to think of it, you might not even hear a pen drop unless it’s made of metal or heavy plastic and falls on a hard surface such as tile or concrete.

The seconds pass by like extra-long New York minutes. The people in the crowd continue to stare with hooded eyes, most of them still trying to figure out what the word “elixir” means. Then, out of nowhere, the sound of a lone person clapping can be heard ever so faintly. It’s a slow clap, uncertain at first but growing in confidence with each glorious smash of fleshy palm upon fleshy palm. That singular wallop echoes like thunderbolts and bounces off the greasy walls of the Swarthy Inn and, uh, inspires the, er, hearts of every man and woman and, uh, crap. I realize it is me who is clapping. And nobody else is joining in. Not even Hazel, although it would be difficult to hear her furry paws applauding over the ice machine. My failed slow clap has annoyed her. I can tell by the way she looks at me and says, “That annoyed me.” 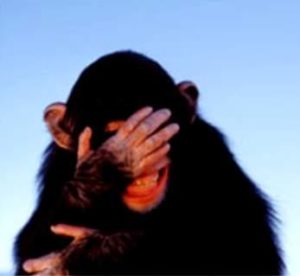 The bar patrons stare at me with contempt. I turn red. Few things are more humiliating than a failed slow clap.

And then a familiar sound is heard. Another slow clap, hesitant at first, just like mine had been, although my slow clap featured a more sophisticated tempo and was certainly more original seeing as how I had DONE IT FIRST JUST 10 SECONDS AGO, FOR CHRISSAKES. Anyway, it’s Pesci clapping this time. His slow clap catches on, everybody joins in, and we are all unified, and yadda yadda. I was made to look the fool, but whatever.

Robert DeNiro nods to his aide to pass a note to his assistant to tell his bodyguard to allow Hazel and me to sit at his table. Hazel beams. We’re heading toward DeNiro when Hazel accidentally bumps into a guy.

We bolt for the door and catch the first flight out of New York, arriving back home with minutes to spare before kickoff. We settle in front of the TV but are so jet-lagged from the trip that we are falling asleep during the national anthem. It’s clear that I won’t be able to stay awake for this game, but I’m sure the Cowboys will whip the Giants tonight. That will make me happy, and I know the crowd at the Swarthy Inn will be happy, too.