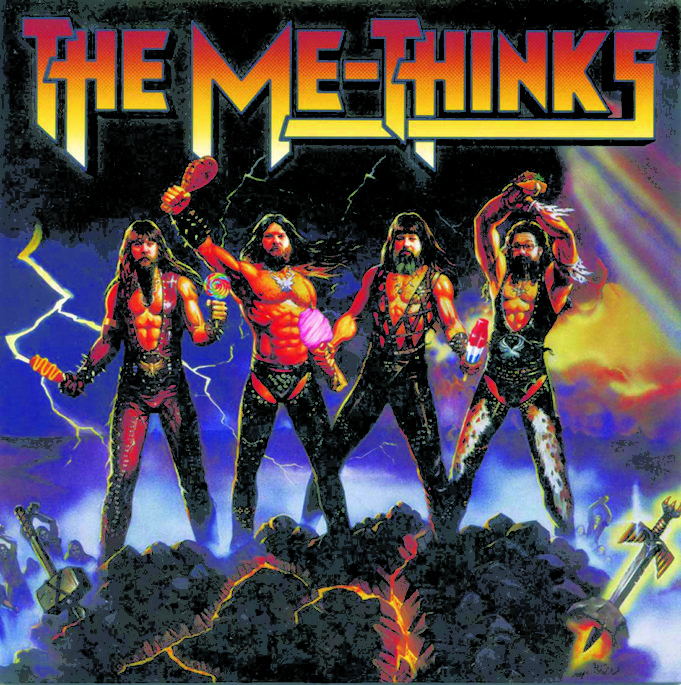 There were so many good songs this year, there’s no way I could have kept up with all of them, but I managed to catch a few – hundred. And here are (at least some of) the best to cross my ears from the great 817.

One of several cruel oversights from my top 10 albums last week, To Love and Fear It is so hard to categorize, it’s dreamy. (Pun intended.) Another gem from the Dreamy Life mini-empire, War Party’s sophomore album, recorded at the label/store’s de facto headquarters, Cloudland Recording, is a pump-your-fist-in-the-air tour de melody and ringing guitars which harks back to the best of mid-career Clash and even a little XTC. Like the rest of the nine tracks, the Animals-esque “Pieces Together” is mainstream (verse, chorus, verse) but still too gritty, too loose, too in-your-face for any sort of crossover from the underground. But for musicians out there worried about the risks of making genuinely felt, idiosyncratic music, War Party’s hyper-personal tack on To Love and Fear It should be inspiring. (Organ and ragged riffs? Doo-wop and horns? Wha-?!) Everyone knows that big, fat record deals are a daydream from which every underground artist would do well to wake up. A musician’s real living is to be made onstage. Here, there, everywhere. War Party understands this. Kudos.

Though more of a studio project – you won’t see Mind Spiders playing Lola’s or the Grotto anytime soon – the vehicle for former Marked Men singer-songwriter Mark Ryan is a local/regional/universal treasure. On Prosthesis, their fourth album in five years, the Mind Spiders do Devo’s paranoid, schizo New Wave punk one better by upping the darkness quotient, best on “Nothing Without It.” Over a warped, laserlike, pretzeling synth figure and rumbling toms, a cranky guitar rattles as Ryan alternately channels Joe Strummer at his most rabid and Gary Numan at his most monotonic. Powerful, driving, fierce, and, yes, dark, “Nothing Without It” is just one of an album full of songs for post-apocalyptic robot discos.

Man, The Me-Thinks just keep getting better. I know that we all get better at everything (except sex) the older we get, but, damn, these thirty-/fortysomething Haltom City boys have never sounded tougher and tighter than they do on their recently released 7-inch. Along with “Rock Deaf,” “Mr. Dude” is driving, juicy, and clean, like hair-metal clean (replete with harmonics and stuff), and it will have you banging your head. Until you throw your neck out.

Matt Tedder can tear shit up. And so can his band. On the former Voice contestant’s “Good as Gone,” off his debut recording, the EP California Mercy Me, the young blues dude rocks a mean slide gut-ar while singing in a slinky twang over bone-rattling drumming and thunderous bass. This is rock as much as it is blues – and, no, it’s not the early Black Keys. It’s more organic-sounding, though still rooted in the Delta, and less calculatedly mainstream. And loud af. That it takes a young man from the wilds of Aledo to funnel the essence of boogie into rocking beauty is pretty amazing. Glad to claim Tedder as one of ours.

Frankly, I think this song has been in circulation since last year, but since I saw it on Central Track’s top 100 local songs of ’16 list last week, I’m inclined to include it here. And why not? The original version of “Damn, I Wish I Was Your Lover” was the em-effin jam back in the day – and un-ironically. What’s amazing is that for a tune based on such a silly, patently juvenile chorus (see: the title), and for a track that came out during the Velveeta early ’90s, Fort Worth’s Son of Stan and L.A. collaborator Kino Kimino have managed to serve up a rather un-ironic version, heavy on solid beatmaking and just as heavy on Kimino’s passionate, genuinely felt vocal delivery. Why mainstream pop radio is not spinning this nuevo-body rocker nite and day baffles the hell out of me. Fuck this industry.

From my favorite local album of the year, you(r) mine, “Tasty Destination” has to be one of oldest tracks on singer-songwriter-dancer Ronnie Heart’s long-awaited debut collection of songs. Doesn’t mean it’s still not fresh as hell, though. The groove is built out of shimmering beats and the responding backing “bom, bom” to Heart’s calls, “How d’you do it?” The twist is easy but sly, and it keeps the momentum surging forward, almost trancelike. Just try and not shake your booty.

I like this side of Leon Bridges. Not that anything was wrong with the old one, but listening to him pilot his otherwise sweet, otherwise inoffensive voice deep into lyrics about The Struggle is a thing of brutal elegance. You might not have seen it coming. You also probably might not have seen the ascension of a billionaire idiot to the seat of ultimate political power, but such is the world in which we live now. Inspired by The Birth of a Nation, Bridges and Grammy-winning rapper Lecrae teamed up for “On My Own,” off the “inspired-by” soundtrack of the slave-revolt movie. A painfully honest account of the horrors endured by African-Americans over the decades, the song is, like a good, strong, traditional gospel hymn, a call and response, this one between rapping and singing. Bridges attacks his lines – especially “I’ve come a lonnng way / From a very haaard place / It’s been a haaarder race, but / Somehow I’ve found my way ho-ooome / I’ve walked a lohhhng road / To where only Gaaawd knows / But when the trumpet blows, you know / I did it aaall on my own” – even to the point of growling. At another, earlier turbulent time, Marvin Gaye asked, “What’s going on?” To which Sly Stone promptly replied, “There’s a Riot Going On.” Leon Bridges, we need this version of you now.

Look out, Matt Tedder. Your elder statesmen in blues-punk have something to say about sitting atop the mountain. Quaker City Night Hawks are there, and, y’know, they will be there for as long as they like. They’re the Quaker City Night Hawks. Though it’s something of a cliché to cling to a leadoff track, the first song off the band’s most recent album, 2016’s El Astronautica (one of my top 10 local albums of the year), seems as inevitable as death. Lurching forward at a drowsy, world-weary clip, “Good Evening” (“from Fort Woooorth, Texas”) is, basically, one huge crescendo. You can’t look away. Or stop listening.

Eisley-esque and beautiful, and driven by frontwoman Rebekah Elizabeth’s silky voice, “The Invisible Man,” off I Happy Am’s debut recording, the album The Prophet, the Giant, and the Invisible Man, is Beatles-esque, lovely, and like a lullaby. But also a little creepy. Like a baby doll that was in a different spot the last time you looked. And you’re the only one home. The couple of Elizabeth and Zachary Zanetich need to keep exploring this side of their creativity. This odd, creepy, Beatles-esque side. (Well, couldn’t we all?)

I know what you’re thinking. How can your top 10 albums of the year from last week not include Maren Morris’ Hero? Not only is it up for a Grammy, but just a couple of weeks ago, you raved about how awesome it is. Fair enough. My reasons are numerous and ridiculous, and we don’t need to go over them here. Just let me say that of about five or six tracks off the Arlington native’s major-label debut, I’m most infatuated with “’80s Mercedes.”

“Feel like a hard-to-get starlet when I’m driving,” the young starlet herself sings on the relentlessly effervescent track, “Turning every head, hell, I ain’t even tryin’ / Got them Ray-Ban shades pretty in pink / Call me old school, but, hey / I’m a ’90s baby / In my ’80s Mercedes.”

You can just see millions of girls and young women all over the country trying to channel the “starlet” painted by Morris in this song. Fempowerment is never a bad thing.

For an album by three older rappers, Soul Searching sure does have a contemporary vibe. Though loaded with references to hip-hop’s heyday (the early ’80s to early ’00s), all 16 tracks from Fort Nox are, like the best hip-hop today, powerful, bumping, and head-bobbable. Picking a standout isn’t easy, but being a nostalgist at heart (ever since I was a kid), I’m going to go with the title track. With a syrupy sample from the De La Soul hit “My, Myself, and I,” the song cruises along at an even clip punctuated by braggadocio and party-starting hollerin’. Fort Nox’s next show – and they’re few and far between – is Friday, Dec. 30, at Three Links (2704 Elm St, 214-653-8228) in Dallas.

Like an old Gaelic folk song, “There and Back Again,” with its rising and falling vocal melody and overall forward-charging momentum, is a glorious, open-your-chest-against-the-rain anthem. “Where there is hope, there is life,” sings Daniel Katsuk on this track off his namesake band’s long-awaited sophomore album, Labyrinth. The veteran singer-songwriter wrote the tune for possible inclusion in the last Lord of the Rings movie – he even traveled to filming in New Zealand to hand-deliver his music. It didn’t work out, and I’m sure being on this list is cold comfort, but in case anyone forgot how hard epic, serious rock is to pull off without sounding cheesy, Labyrinth is worth a listen. Or 12.

Sally Majestic, one of the longest-running bands in town, quietly put out an album this year, and it’s as tight and polished you might expect. But among Rate of Exchange’s myriad ska-influenced party tunes, there’s “Fish on Fire,” a delirious pop gem pivoting on a warped riff balanced out by a catchy vocal melody. Fire it up, y’all.

Shaking and baking West Coast style is in full effect on Nice Major’s sophomore album, California Colors (also a top 10 entry), and especially on “The Weekend.” “It’s going down at the homey’s house,” sings the young Fort Worthian hair stylist born Everett George, his voice foggy and cranky. “You smoke a ounce when you first get asked.” Weird. Sounds like my pad every weekend.

There’s a reason new bands don’t try to sound like R.E.M. – because it’s hard as hell to reproduce that shimmering, jangling, twinkling, kaleidoscopic sound. But the Siberian Traps aren’t scrrrd. And on their long-awaited debut album, another one of my top 10, they capture the legendary band’s melancholy mood perfectly while also adding a few delectable layers to the mix. All of Stray Dogs is brilliant, though the leadoff title track shines brightest. Ringing Rickenbacker or Rickenbacker-esque guitar? Check. Propulsive groove? Check. Sumptuous vocal melody? Yep, it’s all there, plus handclaps during the bridge. Doesn’t get much prettier or more gorgeous than this.

The Fort Worth’s answer to Dr. Octagon, Doc Strange is a completely fabricated character whose excursions into the surreal are catchy and party-tastic but always just a little dark. “Futuristic Handgun” is what you put on when your robot friends come over and want to shoot shit with their “phasers set on stun.” 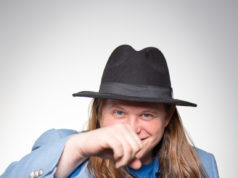