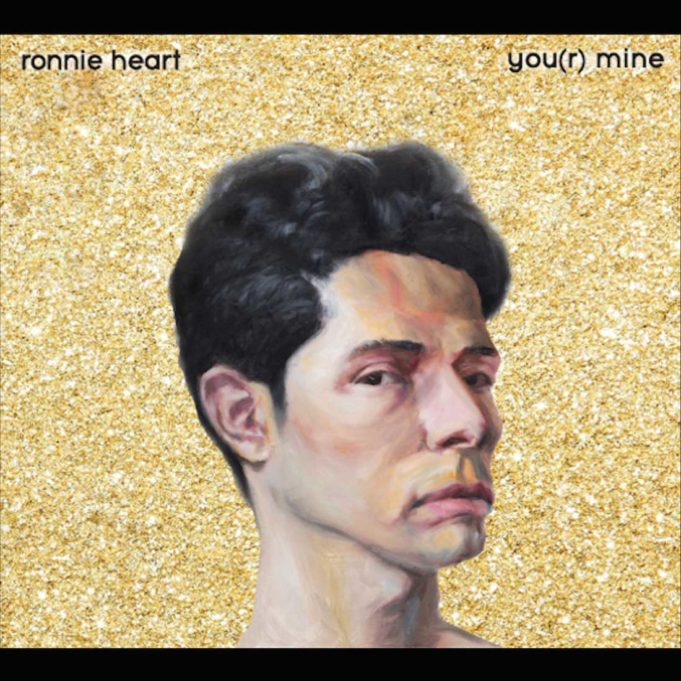 If it weren’t for the following tunes (and perhaps many others, ones I either haven’t heard or that haven’t been recorded yet), then I would say we all jump in the freezing Trinity River to get the stink of 2016 off us.

And now here are the top 10 local-ish albums that came my way this year. Well, if they’re not the “top,” then at least they’re my favorites. And remember: That’s all that matters. (Meee!)

Next week, you’ll get to choke down my favorite local songs. And there’ll be more than 10.

10.) Talking with a couple of local music experts the other day –– one in his 60s, the other his 20s –– the topic of a “Fort Worth sound” came up. The older gentleman said there’s definitely a Fort Worth sound, but when it came to describing what made it unique or specifically Fort Worthian, he merely described how excellently Dewey Redman played sax and Stephen Bruton guitar. Nothing unified them. My opinion: Good playing here is good playing anywhere. Though I didn’t think about it at the time, on the way home, it hit me. A city’s “sound” comes from its studios or labels. Detroit had Motown. Seattle had Sub Pop. For Fort Worth, I think we can now safely say that we have Dreamy Life.

Though recording for the label/mini-empire was primarily conducted in the Fairmount home of the husband-and-wife production/business team of Jennifer and Robby Rux, who cofounded the Dreamy part of the label (with Lo-Life Recordings making up the other half), Cloudland Studio, helmed by producer Britt Robisheaux (Drug Mountain, Bludded Head, BJ Thomas –– yes, that BJ Thomas), is where the tape rolls. Our “Fort Worth sound,” via Dreamy Life, appears to be characterized by a few odd, perhaps blue-collar/F-Dub elements: Bullet mic-sounding vocals (when the singer sounds as if he’s singing through a tin can over the phone), splashy drums, and hollowed-out guitars. For the most part. Not everything attached to Dreamy Life sounds like this particular side of Fort Worth (see: the pianistic Randy Newman-ian pop of Andy Pickett, the outlaw country of Vincent Neal Emerson, the beautifully trippy ambiance of Tidals), but most does: electric guitar-based, roughhewn, heartfelt, and with a touch of Texan grit.

Dreamy Life’s annual Group Therapy compilation is always a treat. It’s almost (almost) as awesome as our annual Music Awards live-in-studio comps. (Just kidding. We’re all great. Let’s pat ourselves on the asses. There y’go.) Dreamy Life’s 2016 iteration shows just how far the label has come. And also how robust the local scene is now (though, indeed, not every Group Therapy, Vol. 3 contributor claims Fort Worth as home). Recorded mostly at Cloudland and with the Ruxes, the 22 tracks are a little old, a little new, but always genuine. Tame … Tame and Quiet’s “Trenches” is pure TTXQ: frontman Aaron Bartz’ oddly disquieting, saxophone-like, Bob Pollard-esque voice and guitars that percolate like bubbles made of iron. Vicious Firs’ “Dead Tide” is a juicy slice of Queens of the Stone Age, all supersonic drive and heavy fuzz. (Dare I say there’s a little Pantera in there, too?) With “The Wand,” FOGG goes directly to the fuzzy source: Sabbath. In the colors of reverb-drunk guitar and skipping, crashing, lurching drums, the trio executes more subtle changes than a dusky sky. And Teenage Sexx’s “Seventeen” is just good, clean, innocent punk. Play this for your mom.

Though pretty much anything Dreamy Life touches is gold, Group Life, Vol. 3 is just the tops.

9.) Steve Gnash is a bizzaro Rufus Wainwright or a normal Roky Erickson, cranking out champagne jams with a lounge-y effervescence that’ll double your cool quotient just by mentioning this review. Over slashing drums and lots of twinkling electric guitar, Gnash, a.k.a. Dylan Pitts, steers his disaffected yet charming non-voice through tales of urban disconnect. The delicious “Sprung” is a sort of mashup of vintage R&B, Burt Bacharach-style Velveeta, and some warped, hell-spawned species of bossa nova. You have a better chance of a Boiled Owl bartender making you a Champipple on a Saturday night than you do not cracking a serious smile at Steve Gnash.

8.) Starbass Laboratories’ debut recording is the 2000s as imagined in 1978. Think: Giorgio Moroder and Gary Numan, though neither as baroque as the former nor as dark and depressing as the latter (but just as robotic). Recorded by G.W. Childs at Eagle Audio Recording on the Near Southside, the five tracks have their own unique elements to distinguish them but all share snapping, crackling, buzzing rhythms beneath synthetic bleeps and bloops or ethereal soundscapes. “Cold Silence” is the (space) jam.

7.) If you, like me, desperately miss Stella Rose, may I introduce you to The Sex Rynos? Loud, bluesy yet not derivative, bone-crunching, and darkly desperate, the trio’s debut picks up where that beloved yet now defunct triumvirate left off. Dive Bar Dweller is a bold statement –– fuzzy guitars, vein-popping vocals, and beats bombastic enough to cave in your chest aren’t going anywhere anytime soon.

6.) From the chain-gang clink and clank of the first track of El Astronauta, the Quaker City Night Hawks set the tone. This isn’t blues. It isn’t country. It isn’t even Rock-with-a-capital-R. It’s some sort of backslidin’ Satanic hybrid, all greasy slide guitar, smoky oratorical vocals, and earthquaking beats. Album closer “Sons and Daughters,” which once opened Quaker City shows, is as soul-stirring as a gospel hymn, and that mean ol’ “Medicine Man,” with his buzzsaw guitars and thumping drums, grinds and grooves like the best of Tres Hombres. Though we’re still waiting for the rest of the world to catch up, we can be content knowing that easily the most punk blues is coming from the Fort.

5.) I happen to know that the Siberian Traps’ frontman loves him some R.E.M. (Thanks, Facebook.) Is Seth Reeves’ passion reflected in his band’s latest album? Yes. Yes, it is. But there’s so much more to Stray Dogs than some multicolored guitar riffs and an overall autumnal mood. There’s a little bit of Day-Glo pop (“No Man’s Land”), Huey Lewis on downers (“She Came to Me”), and the War on Drugs (“Paleozoic”). And, of course, R.E.M. –– “Philip Sheridan” would be right at home on Murmur. Glorious, expertly produced by the band, and middle-of-the-road but in a sweet, nostalgic way, not a pumpkin-spice-latte one, Stray Dogs is a good reminder that while the Traps might not be able to gig a lot, they’re still one of tightest, smartest, most creative bands in not only the Fort but all of North Texas.

4.) Confession: I don’t listen to much mainstream pop radio. I probably should, but with so much Fort Worth music to cover, I just don’t have the time. However. However, I know that Kanye West is kind of a big deal –– I forced myself to listen to some of his stuff, just so I wouldn’t be completely left out of referential conversations. (Verdict? His music’s inventive but in an obvious, why-hasn’t-anyone-thought-of-this-before kind of way, not an I’m-going-to-mix-wine-with-vodka-in-the-same-glass one.) And I know, I believe, that what Nice Major accomplishes with his California Colors has to be, just has to be, as good or as likable as anything Yeezy has done. Why doesn’t anyone know who Nice Major is? I mean, we know he’s Everett George, and he cuts hair at a family business in Poly. We don’t know because the music biz is just a game. The one percent at the top, the rest of us nibbling at their heels. Keep doing you, Everett. Maybe we don’t count for anything, but lots of us appreciate it.

3.) These guys are fucking weird. For Adulthood in the Context of Total Noise, Trai Bo went full Zappa/Beefheart, though they’re probably best known for their swirling art rock. But the new tack works. Really well.

Beneath frontman Adam Sewell’s breathing-down-the-back-of-your-neck vocals, sounds clash and come together, sometimes at the same time: happy glockenspiel vs. warped guitar bends (“Carta del Guey”), creepy falsetto (“Long Hair Lady,” “Love (from a distance)”), nightmarish funk “CU L8R” –– and those are just tracks 3 through 5. (Track 6, “Greg (from work),” is a field recording of an interview between presumably one of the guys in the band and a random middle-aged man who describes himself as an artist (“Yes, I have good technique”) and a lover of Black Sabbath.)

As wild as things get, Trai Bo always pays respect to traditional structure –– nearly all 12 songs could merely be seen as negative images of Beatles tunes. You’ve got to be this talented to do weird this well.

2.) Along with Tame … Tame and Quiet, Stumptone has to go down as one of the best indie-rock bands ever to come out of the Great 817. Though Chris Plavidal and company hadn’t done anything since 2008, they returned this year in full glory. Spark is a densely layered head-trip, equal parts Can, Pink Floyd, and Weezer and oozing Beatles-esque vocal melodies (three-part harmonies and all). Had these 13 tracks came out in the late ’60s, most of us would have grown up with blacklight Stumptone posters in our bedrooms.

1.) Shimmering beats, disco-funk, ethereal vocal melodies –– Ronnie Heart’s long-awaited debut recording is an ’80s wet dream. The five songs that constitute you(r) mine hark back to a time when disco was making way for high-tech R&B. “Smoovie” works up to Michael Jackson-esque highs, with all of song’s individual elements eventually swirling together orgasmically (ha!), while “Groovitate” sets whispery, George Michael-like vocals over a sprawling New Jack City bump and shimmy.

With James Talambas of New Media Recordings in the producer’s chair, Heart whipped up a glorious simulacrum of an only mythical time and place: Studio 54 in Detroit circa 2076.

(This version of this story has been adjusted from print to reflect new information.)