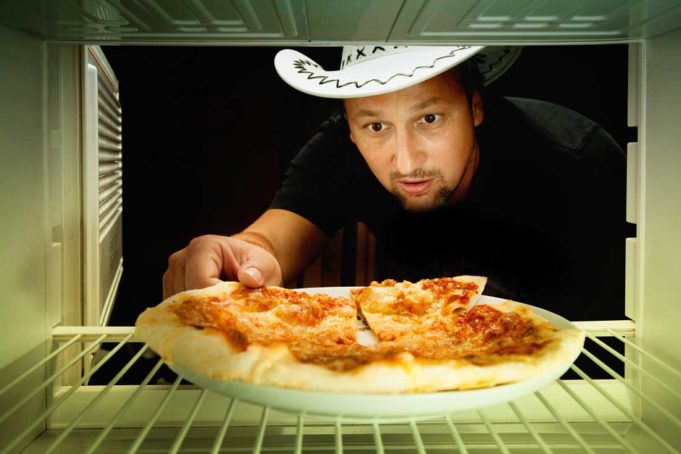 The New Year makes its feverishly anticipated debut on Sunday, which means that many of you might already be jotting down resolutions. I haven’t bothered to write any of mine down, but I am probably one hangover away from giving what is usually an exercise in futility another try. But let’s be honest: The failure rate on everyone’s annual good intentions reset is pretty high. “NO MORE LATE NIGHT FOOD!” is one of my annual favorites. It goes without saying that foregoing before-bed gorging would improve my life in a number of ways, but the world is full of frozen pizzas waiting to be burned in an oven at 3 a.m. I am all too willing to accommodate them.

Still, that doesn’t mean trying isn’t worth, uh, trying. If you blow it with “exercise more” or “smoke less,” don’t be discouraged. I have some resolution suggestions that are fairly easy to keep.

If you are a sports fan who favors gigantic bars with zillions of TVs and cocktail servers, try watching big games at small bars instead. I had that thought on Monday night while taking in the Cowboys game at Houston Street Bar and Grill, after Dez Bryant threw that TD pass and someone near me ordered some nachos that smelled great. It made me wonder why I ever went to cavernous, high-capacity places like Frankie’s or Fox & Hound. The intimate confines of a smaller dive or lounge make the shared exuberance of sports triumphs and tragedies, I dunno … more intimate? More exuberantly shared? Try it next week and see what your feels are. I suggest Monday when Houston Street has happy hour ’til close.

Another easy-to-keep New Year’s resolution: You could resolve to charge your phone at home or in the car before you get to the bar instead of asking the bartenders to do it for you. I know it doesn’t seem like a huge deal, but I promise you that every bartender in the universe would be happier (and, by extension, genuinely friendlier) during his or her shift if they never again had to hear “Do you have a charger for this back there?” Or, if charging your phone in your own domicile is not feasible, you could bring your own charger with you – hear me out because I know how crazy that sounds – and, using your own eyeballs, you could look for a seat in the room that is near an outlet. You will be able to replenish your phone’s power and look at the device as often as you want rather than asking the bartender about its charge every two minutes.

Resolving to assume responsibility for your own phone might be a recipe for failure, and, in truth, it’s really a lot for anyone to expect of another person. So why don’t you instead resolve to think up a new name for Irish Car Bombs? That swirling confluence of Guinness, Jameson, and Bailey’s is inarguably delicious, but I think its name is patently offensive. I shouldn’t have to explain why, so I’m not going to. But it for sure needs a replacement. After you get your phone back from the bartender, maybe you can do some research.

If you’re old enough to go to a bar but still have lots of friends who are not, here’s a resolution idea that will endear you to your bartender for many years to come: Ditch the young’uns when you go to the bar, and if you already have and see any minors when you arrive, rat ’em out. A discreet or even anonymous tip to the bartender to check or re-check someone’s ID keeps the person serving you drinks from making a (probably) honest mistake that can get him or her in heaps of expensive life- and career-ruining trouble. You might even get hooked up with a stronger drink the next time you order one.

Breaking old habits is hard, and taking on new ones can be a real ordeal as well. And while some feats of personal growth might prove nigh impossible, there are lots of smaller steps you can take toward having a better year. As dumb as it sounds, I suggest starting with the changes that require very little effort. I, for example, will just eat frozen pizzas cold.