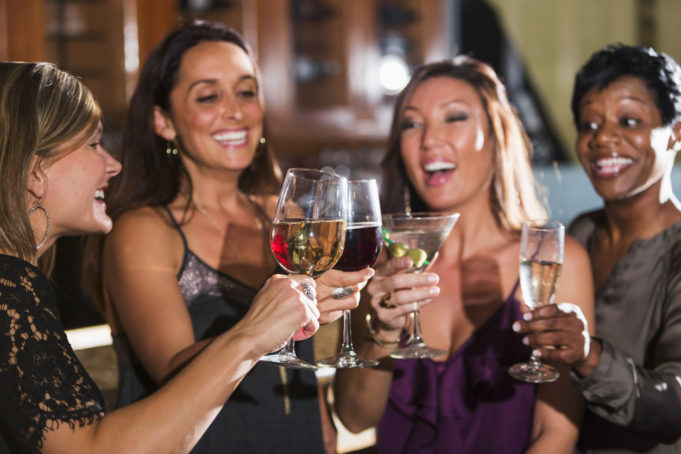 I’m a feminist. For some inexplicable reason, that word can terrify men and women alike. That simply means I believe in the political, economic, and social equality of the sexes. No confusion there, right? It gets thorny when people define equality in ways so divergent it makes Chief Justice Ginsberg and the late-Chief Justice Scalia’s ideological squabbles seem as trivial as determining the best flavor of jelly beans. (It’s margarita flavored, by the way. All other answers are wrong, and I’m sure The Notorious RBG has my back on this one.)

Marketing firms know women represent the fastest growing segment of drinkers. Our booze buying habits caused wine sales across the country to skyrocket, and our American Stoli-and-soda-slamming sisters purchase enough vodka to go toe to toe with Russian businessmen. The knowledge that alcohol marketers are gunning for my gender can leave one feeling more a pawn than an equal to male hooch-hounds, and being some brand’s target demo makes the concept of ladies’ night rather icky.

I’m not a perfect feminist, though, so last Wednesday I leveraged some moral relativism, told myself, “We ladies still make 70 cents on the dollar and deserve a discount,” and glided up to the bar at Grace’s Women and Wine Wednesday shindig. The gracious bartender explained the event basics to me before handing me a bright purple flier that included a nice nod for local wine businesses Put a Cork in it and Grand Cru, but, oddly, no mention of the price. I decided to take my chances and hope I wouldn’t have to swallow a bill as big as my monthly Sephora budget. Luckily, the event boasts astoundingly good value at $10 for a three-course food and wine pairing from 4-7pm. The price is equal for both men and women.

According to the handout, Grace features “grape varieties grown on three different continents,” which was amusing, as two picks for the evening were French and one Chilean –– whose history of winemaking is closely linked to imported French grapevine. All three food courses were brought out on one plate at the very beginning of the night. The first course (according to the menu) was a perfect pairing of the buttery 2014 Louis Latour Chardonnay with charred shishito peppers and a goat cheese mousse.

The second pairing was a salami Toscano with red onion pear marmalade and a pour of the 2015 My Essential Rosé from Provence. It’s no secret I adore rosé during a searing Texas summer. If I could live on this food and drink combo for all of July 2017, I might actually Instagram a pic of just my legs on a pool float with #blessed, despite all previous declarations to the contrary.

We concluded our tour with a delicious arancini with red pepper sauce and a 2014 Chilean Cono Sur “Reserva Especial” Cabernet Sauvignon. I found the transition from a light, crisp white to a dry, smoky red vino a little too jarring, so I donated the cab to a friend.

The crowd was mostly mixed-gender groups quietly socializing. I spent an embarrassing amount of time spying on an awkward exchange between a smitten guy insistent on holding an incredulous young woman’s hand across a large patio coffee table.

Often, ladies’ night involves similar gaggles of leering men drawn in by single-gal squads slamming $1 cosmo specials. Grace’s Wine and Women Wednesday is certainly a pleasant antithesis to the typical evenings dedicated to gender, with nary a grossly sexist-named shot special in sight.