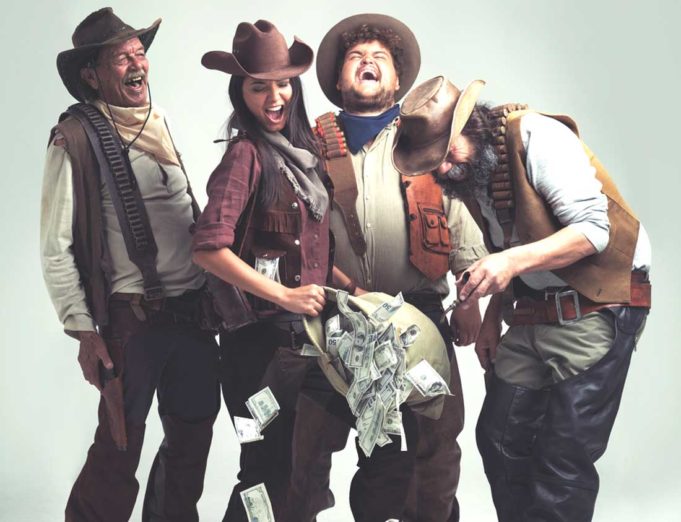 For years, folks who live or work near the Will Rogers Memorial Center have noticed an increase in petty thefts when the Fort Worth Stock Show & Rodeo is held for three weeks this time of year. Some of them assumed it was the “carnies,” the traveling souls who work at the amusement park that is part of the event. I mentioned the annual spurt in crime to a restaurant owner who works in the West 7th corridor.

“Being a carnie is just a cover for being in organized crime,” he said. “The carnivals provide an excuse for them to run around and steal shit.”

In previous years, the arrival of the Stock Show meant his restaurant would be broken into at least once. One time, thieves broke into his freezer and stole food. Another time, his catering van was stolen.

The carnies, however, might not be the suspects after all.

Tom McNutt, the Westside’s Neighborhood Police Officer, attributed the crime increase to homeless people who gravitate to the Stock Show each year.

Homeless people, some from out of town, show up looking for jobs, he said. The agriculture students and their parents who shelter animals in Will Rogers’ barns sometimes pay homeless people to clean the stalls. McNutt sees a noticeable but “not absurd” increase in crime each year, most of it related to stolen purses, saddles, spurs, and such that are left lying open in stalls or in vehicles.

About 1 million people visit the Stock Show each year.

“For as many people who come here, [the crime increase] is not bad,” McNutt said. “We have officers who work there and control the parking lots. I get out there as much as I can. What I normally do is tell as many people as I can, since that’s my [patrol] area, to lock their car and keep their purses hidden.”

I asked the unnamed restaurant owner what he thought of McNutt’s assessment that it was the homeless, not the carnies, on the prowl.

“I’m not an expert,” he said. “I’m just a guy who drinks beer. But there is not a whole lot of difference between homeless people and carnies.”