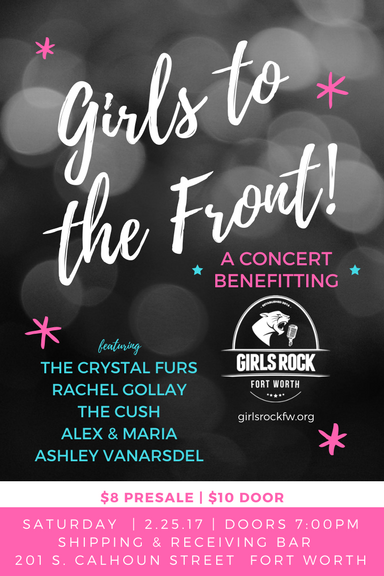 1) This post is about Thursday shows, but if you can’t wait that long for something fun to do, search YouTube for “rock and roll road trip Sammy Hagar.” Here, I’ll save you the trouble. Before you dig into it, I want to warn you: if you actively dislike Sammy Hagar, Rock and Roll Road Trip will only fan the flames of your broiling contempt. The show, which airs on cable network AXS TV, depicts the former Van Halen frontman driving various types sports cars (always expensive and usually convertible) to cities where rock stars live – in Phoenix, for example, he visits Alice Cooper – and chats with them.

In the video linked above, Sammy goes to San Francisco, where he visits some members of the Grateful Dead who are still alive: Bob Weir at a brew pub and Mickey Hart at his home studio. Sammy is way more a fan of Weir than Weir is of him, and to provide some context for what that means, at one point Sammy informs him that the first time he saw the Grateful Dead he didn’t like them all that much, so you can probably guess what Bob Weir thinks about Sammy hagar; you can practically see Weir mentally counting to ten every time the Red Rocker opens his mouth. Of course, when Weir gets into a tangent about musical composition, Sammy, who is sipping on a typically colorful, Sammy Hagariffic boat drink, has a look on his face that suggests he has replaced Weir’s voice with the sound of waves and maracas.

Each episode features an “unrehearsed jam” between Sammy and whomever he’s visiting, but on the Bob Weir/Mickey Hart edition, the two unrehearsed jams showcase Sammy’s worst traits, which poke through his good-time façade like a china cymbal in a Rush song or a bone in a McNugget. Sadly, Sammy’s generally sunny demeanor is laced with a grating undercurrent of insecurity, and he’ll drop lines that would be self-deprecating if they didn’t sound so bitter. He’s a little passive aggressive, in other words, and the combo of those two qualities mixed with his Spuds Mackenziean compulsion to drop into party animal mode at a moment’s notice mean that Sammy Hagar almost always manages to make it awkward. For example, while Hart is showing him a bunch of samplers and other electronic instruments that look like they came from a UFO, Sammy manages to bring up getting booted from Van Halen. Poor Mickey didn’t take a break from exploring the Acid Flashback Universe to hear you complain, Sammy! But prior to that, you see his failed handshake attempts following his jam with Bob Weir, and they are exquisite – at one point, I felt like I was watching a Tim and Eric bit, except it’s two completely real people.

Anyway, if you’re going out in Fort Worth on Thursday night, go see Joe Savage, Gypsy Playboys, and Levi Ray at Lola’s Saloon; if you’re going out in Dallas, Austin-based garage punk duo The Ghost Wolves are at Armoury D.E. with the Dead Mockingbirds opening. This RARRT episode isn’t quite so cringe-y, because Sammy chills with Michael Anthony and Tommy Lee, and he’s well within his comfort zone:

2) Lola’s should get packed on Friday night for headliners Burning Hotels and middle-slot band Royal Sons, and hopefully those fans will get there early enough to catch Programme open the show. None of these bands really sound like each other (Burning Hotels are guitar-centric electro pop, Royal Sons are heavy psyche rock, and Programme is instrumental, jazz-oriented, late ’80s hypothetical CBS Friday night drama theme music), and I think that’s the best kind of bill to put together these days. Have fun! Here’s a clip of Royal Sons from their debut a couple months ago:

3) Saturday night, Shipping and Receiving is host to Girls to the Front, a concert of female-crewed bands raising money for Girls Rock Fort Worth. Girls Rock Fort Worth is a charity dedicated to fostering girls’ creative self- expression, self-esteem and community awareness through music education programs for girls ages eight to seventeen. The programs and camps teach girls about the musical, technical, and creative aspects involved in musicianship, all in an effort to change girls’ pre-conceived ideas about what they can do and who they can become. Of course, the answer is that girls can do anything and be anyone, and the lineup should joyfully drive that point home. The Crystal Furs headline, preceded by Rachel Gollay, The Cush, Alex and Maria, and Ashley VanArsdel. Tickets are $10 and the show starts at 7pm. Hey look! It’s the Crystal Furs:

4) If you’re a parent of daughters and bring them to the Girls to the Front show at Shipping and Receiving, you might also want to take them to Lola’s for headliners Ume, to further illustrate the concept that girls can be badasses at anything. Ume frontwoman Lauren Larson is a blistering guitar shredder with a big voice; she’s an inspiring musician anyway, but if a kid saw an Ume show, I can only assume she would have her mind blown, and then hopefully pester her parents for a guitar. Duell hit the stage in the middle slot, and Panic Volcanic (who also have a frontwoman with a big voice) open the show. Tickets at the door are $12. Here’s more Ume:

5) Sunday is Fort Worth Songwriters Showcase at Lola’s. There’s no cover, and it offers four groups of four songwriters, doing what I presume is sets of song swaps. Group 1: Caleb Dixon, Glenn McLaughlin, Lavern Marigold, and Jaz Lee Short. Group 2: Clay Anderson Scott Copeland, Morgan Lindley, and Zach Pack. Group 3: Joe Savage, Caleb Stanislaw, Jackie Darlene, and Summer Dean. Group 4: Alex Rhea, Maria Demus, Denver Williams, and Luke McGlathery. I sort of feel like I just listed the participants in some kind of UK specialty auto racing event just now. But nevertheless, this seems to be a who’s who of Fort Worth acoustic performers, so join the crowd and hang out. The first group starts at 9:30pm.