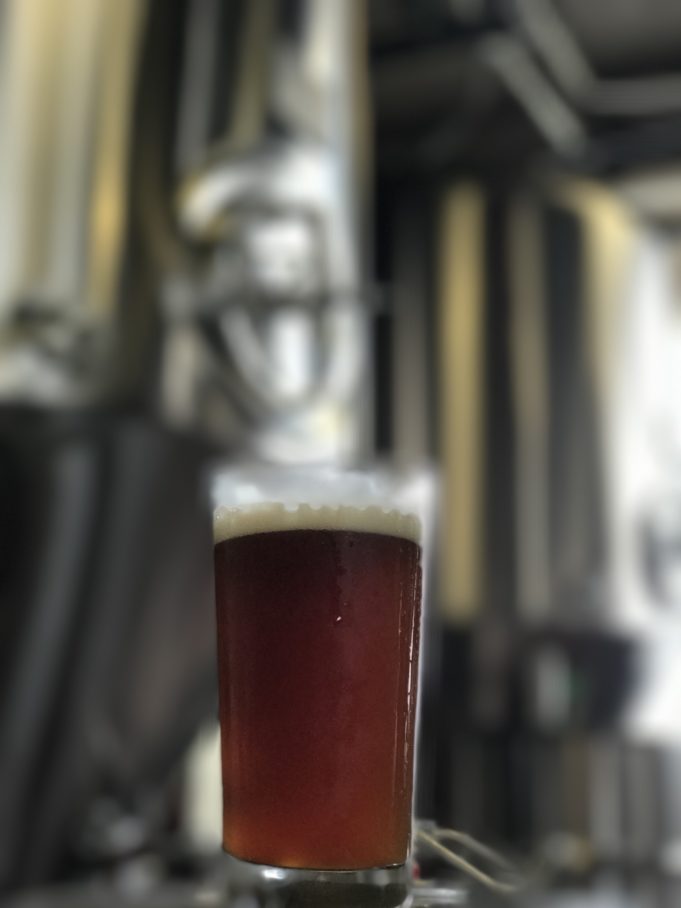 The newest release from Panther Island Brewing Company is going to be a doozy. And boozy.

The beer, a Belgian strong ale called Belgian Warrior, is the brainchild of Panther Island Brewing founder and head brewer Ryan McWhorter. Weighing in at 11.5 ABV, it’s the first in a new series of heavyweight brews McWhorter calls the WRATH series. The idea is that by going big and bold, McWhorter can expand his brewing prowess while giving locals something exciting and new to imbibe.

And, the new brews will have a literary and visual arts component. Local artist Sandy Jones is designing the labels and imagery for each release while local musician Micah Kinard is penning an original short story for each beer. The fictional stories, McWhorter said, revolve around a Belgian warrior and will read like chapters in a book.

“It’s a way for me to give back to local artists and to give them some recognition,” McWhorter said. “We’ll run this series as long as people are interested in it.”

The brewery release date is March 17. The following week, Belgian Warrior will be released in select restaurants and pubs. McWhorter said the complex brewing process will result in an equally complex and balanced brew.

“Belgian Warrior will be a deep, amber color,” he said. “I used both Belgian dark candy and Belgian amber candy. That gives it a nice fruity, raisiny flavor. These [Belgian-style] beers aren’t overly hopped, and they are dry. To help out with the dryness and thickness from the malt you want some of that alcohol profile in there. We’ve been aging it for three weeks. By the time we release it, it’ll be a little over a month. That allows all the flavors to blend together well.”

McWhorter didn’t want to put a date on the next release, slated to be a “smoked, oak-aged imperial stout” with an ABV level around 15 percent. The feisty beers are “difficult to brew,” he said.

It’s that challenge of the unknown that lights a fire in McWhorter.

The WRATH series isn’t about “the high alcohol and getting drunk,” he said. “It’s a cool artform to brew these beers. It challenges me as a brewer, and I want that.”

It’ll be like reliving 5th grade but with beer. The Fort Worth fest includes dozens of import and craft beers, delicious taterized food offerings, and live music. I’m in. More event info here.

You’ve always bragged about your chili, now it’s time to see just how good it is. Local judges Travis and Emma Heim, Joey Turner (co-owner of Brewed), and others will be crowning a chili champion at the Wild Acre contest on March 19. The event is open to the public and includes beer and a live sports broadcast. The cook-off benefits Alliance for Children. Purchase tickets here.