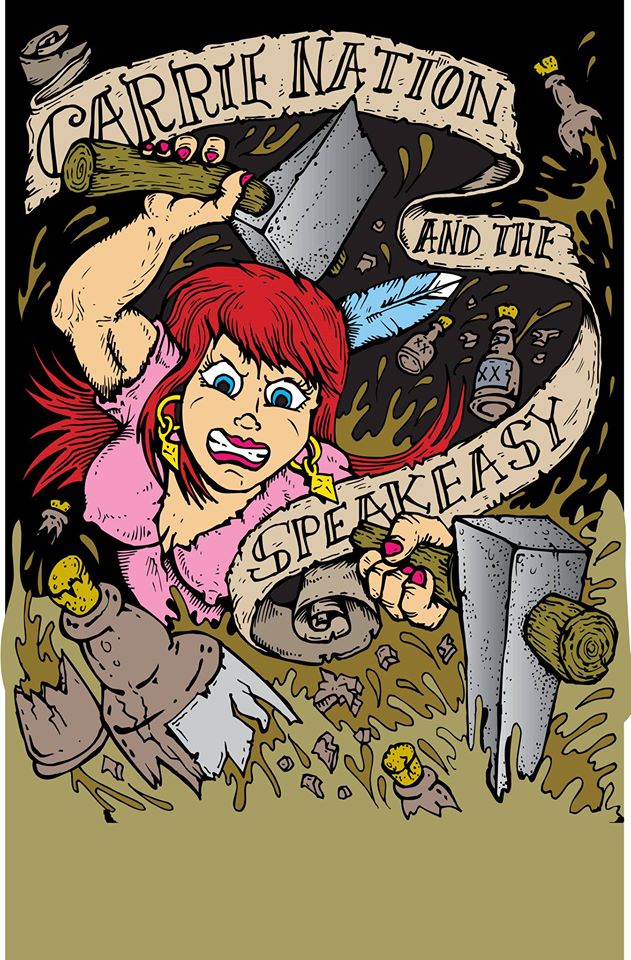 1) Witchita, Kansas’ Carrie Nation and the Speakeasy bring their thrash-folk, brass-grass sound to Lola’s Trailer Park on Friday night – they blend punk and bluegrass with Dixieland-style horns – with Joe Savage in the middle slot at Luke McGlathery opening up the show. Cover is $10, and the show starts at 7pm. Pro-tip: don’t bother searching for Carrie Nation because their site apparently batters you with phishing attempts. Seeing them live is probably cyber-safe, however. Here’s them playing a concert in their bus for a child:

2) Also Friday: loud rock at the Boiled Owl, courtesy the Me-Thinks, the Dangits, and the Drawer Devils. Might want to bring earplugs or twist up some bevnaps or toilet paper and stuff them in your ears because this is gonna be high volume in a small place. Can’t wait!

3) Hell, why not one more for Friday? The Little Trio (a clarinetist, pianist, and soprano) are performing a new English version of the Schubert’s “Shepherd on the Rock,” and they’ll be soliciting audience participation, so this should be an interesting, entertaining evening of high culture. In Keller. Never thought I’d use the phrase “high culture” and Keller in the same sentence unless it was about kids smoking grass, but here we are! It’s nice to do new things! The show is at Premium Piano Selection Center (721 Keller Parkway #110, Keller 76248), and it starts at 7; cover is a “pay what you want” scheme. The ladies performing for you are incredibly talented, so hopefully you want to pay them a lot. This is sort of what you’ll be seeing:

4) Saturday night at Republic Street Bar, catch another three-band bill for the low, low price of free: local space punk band (lots of reverb with these guys and lady) El Buho Cosmico are at 9pm, followed by Arlington indie rockers Gossamer (ironic Pantera shirts, maybe?), and Mañana Cowboy, a shoegaze band that claims the Cultural District as home. Maybe they live inside Casa Mañana! Whenever I read their name, however, it makes me think of “See You Space Cowboy” from Cowboy Bebop, so here’s a video for that:

5) Here’s one for Monday night: out-of-town bands on their way to SXSW. Sharkmuffin, Ex-Girlfriends, and THICK are all from Brooklyn and mostly crewed by women (Sharkmuffin is a four-piece, half of which are dudes). This Sharkmuffin song is called “Tampons Are For Sluts”