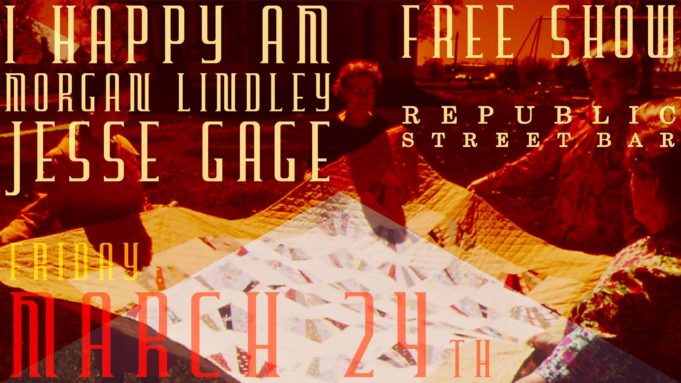 1) Thursday night Pop Boy, Etc., the DJ duo composed of VVOES members Rene Floyd and Jordan Kline are doing a #vibes set in a spot I doubt you’ve ever been before, the Basement Lounge. What does a #vibes set mean? Per an explanatory post on the duo’s Instagram: “Basically if it gets you moving – we will probably attempt to create a #vibe with it.” The hashtags that go along with the post include a wide range of genres, including #italodisco, #synthpop, #90srnb, and #ukgarage, so obviously they will play whatever it takes to make people dance. I think this sounds like it has the potential to be a rad party in a place that’s sort of hidden amid the nice-neighborhood cultural desert of the Ridglea area. Go try a new place, y’all. Rene and Jordan really just want you to have a good time. Not sure what #italodisco even means? Try this Telex song, though I guess Telex were actually from Belgium. If you’re Donald Trump and don’t know what “from Belgium” means, it’s the country where Jean-Claude Van Damme originates, and I know you know who he is:

2) Republic Street has another free show on Friday. Movie the Band drummer Jesse Gage is last, preceded by “fuzz folk” duo I Happy Am, and country-influenced folk artists Morgan Lindley opening the show up – of the three, I am most familiar with his music, and you should make it in time to see him play, which, as it happens, is at 9pm. Morgan Lindley plays in a living room here:

3) Fort Worth Zinefest 2017 is on Saturday, now moved to Shipping and Receiving instead of 1919 Hemphill, which is undergoing renovations – I hear they’re putting in a bar and a cigarette machine and a – just kidding FAKE NEWS, FAKE NEWS! I don’t know what they’re doing at 1919, but Zinefest ’17 is from 2-8pm at S&R; the event is all-ages, and if you have a zine, you have until the end of today (Thursday, March 23) to apply for a spot, so email describing your zine, DIY goods, or small artwork to fortworthzinefest@gmail.com. In addition to the ’zines available for purchase, trade, barter, or however else they are exchanged, there are of course bands, conveniently listed in start-to-finish order:

4) Also on Saturday: a don’t-miss show at Lola’s, headlined by Pinkish Black, featuring Stumptone in the middle slot and FOGG opening the night. My advice, get good and blazed for this one, because though none of these bands sound alike, each of the three is psychedelic and mind-expanding in its own way. Also, FOGG’s newest music features some incredible riffage, and their general “band alacrity” is pretty much among Fort Worth’s best. Don’t flip out, kids – I just mean they jam hella hard and effortlessly. Here’s a whole FOGG set from 1919 Hemphill: