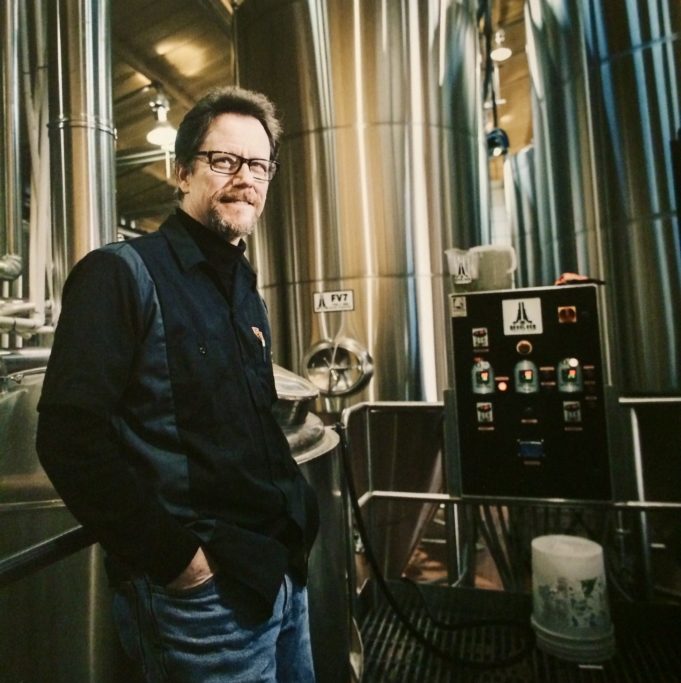 Grant Wood, Revolver Brewing’s lauded brewmaster, has been hard at work expanding the Granbury brewery to meet Texas-sized demand for craft beers like Blood and Honey and Sidewinder. In the last year alone, Wood has overseen the doubling of Revolver’s fermentation capacity.

“We got out in front of it,” Wood said in a recent phone interview, referring to pent-up demand for Revolver suds across the Lone Star State.

A recent majority stake purchase by MillerCoors, through its craft beer arm Tenth and Blake Beer Company, has been a boon to the brewery. Wood described the partnership as an “opportunity to grow.”

MillerCoors, and its designated distribution company Andrews Distributing, “acknowledges that we’ve done a good job growing our business,” he said. “They don’t want get in the way of that.”

Not surprisingly, Blood and Honey remains Revolver’s biggest seller statewide. Locals can expect several fun releases in the near future. The Mandarin is being released in bottles along with Full-Tang IPA. One newcomer, Five Flags, is a pale ale with hops sourced from five countries. The brew is set to be released this July.

Wood’s day-to-day work may seem enviable to most. But for the busy brewmaster, most days are spent keeping up with orders. With around 50 employees, Revolver Brewing is now one of the largest craft breweries in North Texas, if not the state.

“We’ve been busier on the packaging side,” he said. “We’re putting beer in kegs almost all the time, but we’ve been able to keep up.”

Time flies when you’re making beer. The brewery known for big, bold brews is throwing an equally big anniversary shindig soon. The March 25 event runs from 1 to 5pm (VIP tickets get you in at 12pm) and includes core, barrel-aged, seasonal, and new beers on tap. It’ll be a fun, family friendly event. Cheers to the good folks at Martin House. Purchase your tickets here.

Big Texas Beer Fest. March 31 through April 1.
The sixth-annual Big Texas Beer Fest is a must-visit for craft beer fans. Held at Fair Park Automobile Building, the festival featured 120 breweries and more than 500 beers last year. Live music and food vendors round out the experience. I recommend purchasing VIP tickets. You’ll get in earlier, and you’ll have first dibs on the rare stuff.