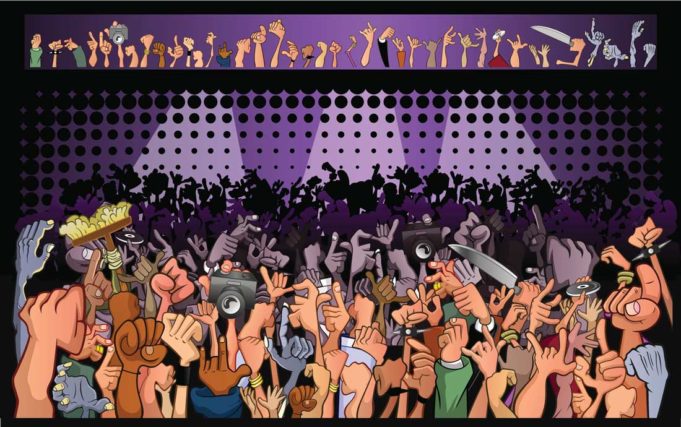 Even if it means the Cool Kids Club of Greater Tarrant County will not extend me a membership offer in 2017, I’ll admit it: I don’t write this column while I’m loaded or at a bar’s last call. The only thing I’m buzzed on right now is a coffee-based brain fog-breaker. I was up until 2am on Monday morning but only because the Cubs game finally ended in the bottom of the 18th inning. I consumed a scant two cans of Dos Equis over that six hours and still sliced my finger while sticking the lime inside. Yeah, I party.

Most live music-loving locals above a certain age, like me, are probably still reading Bukowski but not doing dramatic reenactments of his life on weeknights anymore. Look around The Grotto (517 University Dr, 817-882-9331) on a Tuesday after 10:30pm, and the place is almost entirely fleshed out by the same spectators every night: twentysomethings, other musicians, and service industry folk. It’s a testament that Fort Worthians support one another’s endeavors here, which is ideal. But it also leaves many clubs that specialize in live music at a crucial tipping point. Sure, weekends are busy until close, but with rising rents in the hotter areas of town, business owners should shoot for filling their coffers every hour the place is open.

When I’m not writing Last Call, I am a marketing consultant, and club owners regularly ask me how to boost their attendance and profit margins. The answer I give, and that they rarely like to hear, is that they have to stop basing their business model on the wallets of 23-year-old aspiring singer-songwriters who didn’t get out of bed until happy hour. There’s a whole group of people in this town who want to hand these owners money in the form of covers and the purchase of pricey beverages, and it would just take a slight shift in plans to bring them in the doors.

Longtime local scene fixture Randy Brown is a great example of the guy who wants to see live music. When he’s not writing commentary for his music website The Synaptic, he’s out gathering new material and inspiration around the North Texas area. But he’s noticed that catching an act live has some barriers.

“I do not want to stand on a concrete slab for three hours through four openers, waiting for a headliner to start at 12am on any night but much less Sunday through Thursday,” he said.

To keep him happy, simply provide “a product at reasonable prices and shows put on at a reasonable hour.”

It’s not just patrons who feel the crunch of the all-night bender. Kevin Buchanan, a Fort Worth Weekly contributor, photographer, and keyboardist for indie-poppers The Crystal Furs, said that he is “1,000 percent on board” with earlier set times.

“There’s not really any choice for people who want to see full-band shows but who don’t want to stand around in a bar at 1am,” he said. “So the ‘local music scene’ becomes the same group of a couple-dozen twentysomethings just going to their friends’ shows. And honestly, as somebody who plays music and who is also closing in on 35, I’ve got no real love for standing around in bars at 1am.”

My own need to not feel uncool rears its wrinkly head here, lest I feel like a cranky old bitch telling kids to turn that devil music off and go to bed. But this time, I’m taking one for the over-35 team and spilling the goods on what often holds us back from drinking the bar out of good whiskey and buying up all the crap on the merch table. For those about to rock long before last call, we salute you