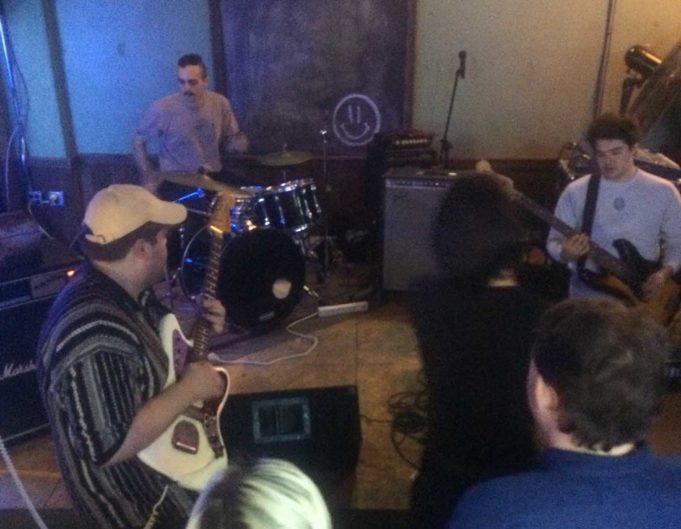 Next week, journalist Lizzie Goodman’s new book debuts. Meet Me in the Bathroom: Rebirth and Rock and Roll in New York City 2001-2011 is an oral history of the turn-of-the-century NYC music scene that portrays The Strokes as the “Last Great Rock Band.” Sounds pretty accurate to me. What wasn’t cool and exciting for Kurt Cobain was suddenly awesome again, especially if you were between the ages of “senior in high school” and “afraid of turning 30.” At the time, I had just turned 23, and The Strokes’ “Alone Together” summed up what that time felt like for me: unreal, drunk, cokey, disconnected, disaffected, broke and bummed, ecstatic and elated, baffled by the world, bemused by a country run by a dummy, dumb and longhaired, concerned without a care. Probably the same shit every rudderless 23 year-old feels, in other words.

Vulture.com ran an excerpt from the book, and it quotes Vice Media co-founder Suroosh Alvi about The Strokes thusly: “They are still the last imprint of that particular brand of rock cool.” Now, you might surmise that all of this history about The Strokes is sorta interesting and obviously nostalgic for a lot of people, but you might also rightly wonder what it has to do with local music. The short answer: not a lot, unless you apply The Strokes’ instant, hype-meriting appeal and easy mastery of the rock ’n’ roll idiom to the Fungi Girls.

Way back when, the Fungi Girls appeared out of nowhere (or next to nowhere, because they come from Cleburne), having mysteriously perfected an unassailably great permutation of rock music before they could even legally drive. Bands like that hardly ever happen. And like The Strokes, they were similarly aloof, seemingly uninterested in stardom. What other band around here has deserved mention in an outlet like Pitchfork, let alone when that blog kinda mattered? Did Fungi even care?

I have never figured out why the Fungi Girls aren’t huge (outside of memories of Where House shows, where they seemed to be the biggest and most important band in town). As a fan, it’s frustrating. As a critic, it’s a story I’m dying to know, especially because the trio form the backbone of a new band called High Art.

I saw High Art on Sunday at a Denton bar called Tom’s Daiquiri, and my first impression was that their new band is an edgier version of their old one. Frontman Jacob Bruce is playing darker-sounding gear (High Art doesn’t swim in reverb like Fungi Girls does), but to me, the songs sound like a hardcore band that actually wants to sound like Wire. High Art also has a lead singer, some dude I don’t know who stepped into a 20-person crowd that thronged around the front of the stage and sang in a monotone with his back to the audience. I caught some lyrics about how nothing changes, and I don’t doubt that that kid felt every word, because he seemed pretty bored by everything. It’s the kind of sentiment I might have wanted to hear from Julian Casablancas when I was 23. And he’s kind of right, because the bullshit a 23-year-old experiences in 2017 is pretty similar to the bullshit I felt in 2001. But also, even though the Fungi Girls were ostensibly channeling a different musical vibe, I couldn’t help but wish those new songs were the next evolution of their sound rather than Fungi Girls masquerading as a hardcore band. I dunno what else to say about that. Like The Strokes song says, “It’s hard to explain.”