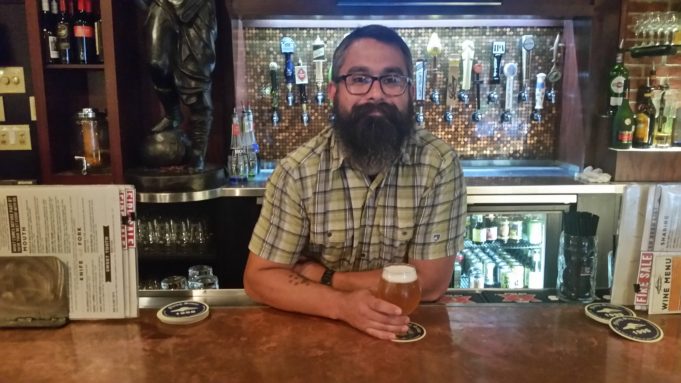 It’s a helluva good time to be turning 21. Bars have transitioned from watery lager dispensaries to gastropubs and brewpubs that runneth over with craft suds from hundreds of local and regional microbreweries.

The craft beerplosion didn’t happen by luck. It took visionary business owners, both on the production and retail side, to feed the small trickle that has become a nationwide movement. In Fort Worth, the trickle was fed by Flying Saucer Draught Emporium. The chain of 16 gastropubs, which now reaches as far as North Carolina, started in Cowtown 22 years ago.

I recently sat down to chat with Marc Castaldo, Flying Saucer’s beer director. His job is to sift through the flood of new brews to ensure that customers at all 22 Flying Saucer locations hoist only the most superlative beers on the market.

“You start with experience, and you go from there,” Castaldo said, referring to his nearly two decades of craft beer tastings and research. “You don’t want to spend your time on inventory that isn’t worth the guests’ time.” 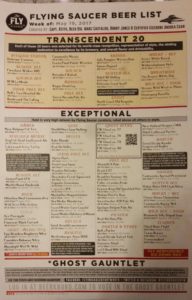 As we looked over Flying Saucers revamped beer menu, which launched last fall, he confessed a lesson he’s learned through trial and error.

“I think in the last four years, we were saying yes a lot more no” when it came to putting new beers on our menu, he said. “We’ve been doing this for 22 years. We’re in a place to take a stance.”

Topping the beer list are 20 brews, all listed over a resplendent gold background. The “Transcendent 20” make the cut based on its “world-class recognition, representation of style, excellence, and overall flavor and drinkability.”

Sierra Nevada’s Pale Ale, Community’s Mosaic IPA, Odell’s 90 Shilling, and North Coast’s Old Rasputin are just a few of the selections that made the cut. Beneath the Transcendent list are “Exceptional” beers. These brews, Castaldo said, “are not edged out by that much. An argument could be made that an exceptional beer should be listed higher. I think conversation about beer is great. That’s where we’re out for.”

Two other menu features are proving popular. A revolving list of “Ghost Beers” encourages exploration by hiding the name and style of craft suds you order. You can try Fort Worth Ghost number 77, for example, and rate it online. Top-ranking brews are given a shot at rising to exceptional or transcendent level, Castaldo said. Peppering the menu are dark boxes labeled “We Googled it for you.” The small blurbs give fun facts about brewing and how different beer styles are characterized.

The backside of Flying Saucer’s menu lists the remaining selection of beers. Castaldo knows that highlighting select beers means others are cut out, but that’s the point.

“The hardest thing in this business is saying no,” he said. “You meet so many great people in this industry. But then there are our customers. They would be disappointed, almost jilted, if we were nonchalant about what we chose to put on our beer menu.” 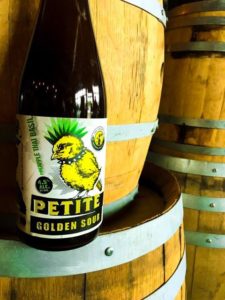 From Collective: The release party this Saturday is a shindig you won’t want to miss. Join us for an urban luau with food from SAAP Lao Kitchen, tunes from Dreamy Life Records, and Music. And make sure to wear your best, or worst, Hawaiian shirt! The party starts at 2pm and goes until 10pm. $13 per bottle. No limit. 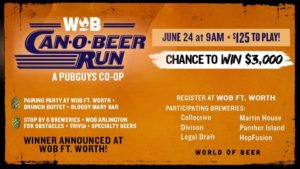