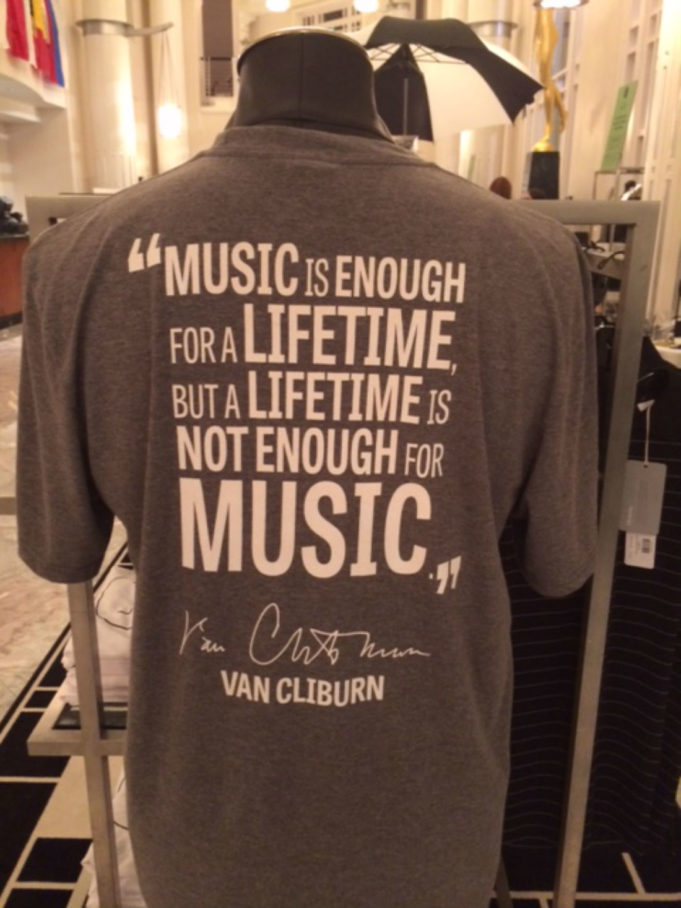 During the off day from the Van Cliburn Competition, I watched Baby Driver, my early candidate for movie of the summer, and USA’s under-20 soccer team smashed six goals past New Zealand to advance to the quarterfinals of the U-20 World Cup in South Korea. Up next for them is Venezuela.

Up next for me is a short day, as the schedulers see fit to ease us in with only two performances on this first day of the semifinal round. I find so much to admire in Daniel Hsu’s playing. He performs Schubert’s Four Impromptus (Op. 90) and Brahms’ Variations on a Theme by Handel, and the whole recital reminds me of good German wine — the floral notes of Gewürztraminer, the spicy overtones of Grüner Veltliner, the precision and round fruitiness of Riesling. (Note to the editors of Wine Spectator: I am available for freelance writing gigs.) With the C minor Schubert impromptu, Hsu gets the gentle rise and fall of the piece’s moods, while playing the G-flat major one with greater clarity than Martin James Bartlett did, and doing some wondrous, sparkling work with the runs in the other two impromptus. He infused all of them with a nice sense of melancholy. The Brahms, meanwhile, has a sturdier sort of beauty that fits the work well. This teenager is a fine recitalist who chooses his programs impeccably, but can he play with an orchestra? Thanks to the competition’s new format, we won’t have to wait until the final round to hear.

The draw does no one in the hall any favors, as Hsu is immediately followed by another pianist who leads with his finesse and has a program that leans heavily German. Either of these pianists would have looked better if they’d been placed next to a showier kind of player, but what can you do? Kim Da-sol does well by Mendelssohn’s elegant Scottish Sonata, and his rendition of Schubert’s Sonata in B-flat major (D. 960) elicits cries of “Bravo!” from the crowd, even if the interior dance movements could have used a bit more energy. Sandwiched in between those is Nikolai Kapustin’s Intermezzo in D-flat major (Op. 40, No. 7). It’s the second Kapustin work we’ve heard in this competition, and it brings a grin to my face, an easy jazz piece that gives way to some extremely complicated configurations. Kim D.S. has such a feel for the American style that I have a thunderbolt of realization as I listen to him: I’d like to hear him play Gershwin. I won’t have any such luck in this competition, but I can dream.