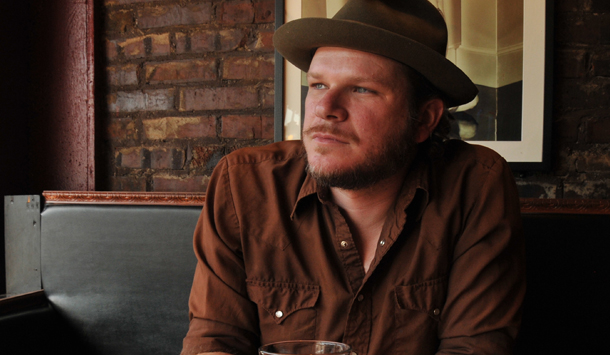 1) Here’s some heavy shit for your weekend: Friday night at the Grotto (517 University), celebrate area music fan Jody Porter’s 40th birthday with some of his favorite bands. Black on High headline the bill that also features, Huffer, Mountain of Smoke, and Vorvon. That’s a lot of tall bass amplifiers, y’all. But also, Vorvon is in the midst of recording a new EP, and the arrangements have gotten sorta complicated. Should be a pretty exciting show! Not sure what the cover is, but the bands start at 9. Here’s a Mountain of Smoke song in video form: https://www.youtube.com/watch?v=qSXWlNKseZw

2) On Friday at Lola’s (2736 6th St), The Matt Tedder Trio faces off against Fatt Cheddar, which is Tedder with even more musicians? I think? Regardless, the young guitar virtuoso and his best musical buds will be shredding their way through your Friday night, so go to Lola’s to get your guitar geekery on. Show starts at 9, and the cover’s $5.

3) Index Fest is on Saturday. The beer-and-music festival will fill Panther Island Pavilion with over a zillion craft beer vendors and five musical acts starting at 4pm with DJ Sober, followed by Oil Boom, Shinyribs (the swamp/blues/funk/barbecue sauce project of the guy who started the Gourds), Johnnyswim (a husband and wife blues/R&B duo) and Dawes, who you may recognize from KXT playlists and a commercial for 2010 Chevy Silverados. Here is the beer list, and here is where you can get tickets. Incidentally, Dawes has a new album out called We’re All Gonna Die, a title which I can really get behind. Here is a recent Dawes video: https://www.youtube.com/watch?v=Nku2DZV7eYE

4) If you’re one of those adventurous souls who don’t think driving to Dallas is a big deal at all (it really isn’t, y’all), Amoury D.E. (2714 Elm St) has a show starring a couple Fort Worth bands: Son of Stan headlines and Programme opens, with an experimental pop band called Field Guide in the middle. What do I mean by experimental? I have no idea, to be honest. Probably not lab coats and smoking Erlenmeyer flasks, but anything is possible. For example, right now, as I type this, a literal typo is trending all over social media because our President is such a fucking distraction and so unsuited for the job that his every mistake, no matter how minor, deserves to be loudly ridiculed. Who would’ve thought a nonsense word central to an otherwise unremarkable gaffe is news? That’s 2017, for ya. PRAY FOR A COMET! Show is free and starts at 9pm. Here’s Field Guide from a Sofar Sounds performance, undoubtedly enjoying their payment of “great exposure”: https://www.youtube.com/watch?v=DOOiOLDROh0

5) Got plans on Sunday? Country troubadour Jason Eady has a new album out, and he’s releasing it at Shipping and Receiving (201 S Calhoun). Eady has been in the game for over a dozen years, and while he merits association with that often-maligned sub-genre Texas Country, Eady’s music has always felt deeper than the likes of most of his contemporaries, and he seems to have transcended the shameless, cornball commercialism of the Josh Abbots of the world. He seems like a real person writing meaningful songs, rather than grinning his way through patronizing, Texicana-baiting lyrics about a woman’s teeth being white as the cotton in the fall (full disclosure: I think Abbot’s “She’s Like Texas” is one of the dumbest songs I’ve ever heard); the twang in his voice sounds legit, in other words, and not as if it has been sculpted under the suggestions of an acting coach. Anyway, Eady’s new, self-titled album should deliver more of what has kept his fans in his corner all these years, so if you go, be sure to grab a copy. The all-ages show is billed as “Sunday Supper Club,” and it also features Courtney Patton and Mike McClure. Doors are at 5, and the show starts at 7; tickets are $12. I really dig this “Why I Left Atlanta” single off the new record; check out the video, por favor: https://www.youtube.com/watch?v=r095MKa8YZs&list=PLM90TD3JTBH52DNy4XknQds1S-ZvwHF-3&index=2

FULL DISCLOSURE/BIO ALERT: per editorial suggestion, in addition to writing about music and other shit for the FW Weekly, I am an investor in a venue/bar called Main at Southside, colloquially known as MASS. I also bartend there, as well as the Boiled Owl Tavern, a bar that also hosts shows a few times a month. And, since we’re on the subject of warning you against what may be perceived as my own icky, unseemly self-promotion and/or conflicts of interest, I play bass in the following bands: Oil Boom, Son of Stan, Darth Vato, and maybe, once again in the hypothetical future, EPIC RUINS. Sometimes I talk about one or more of those entities in this space, but I assure you that it has very little to do with my own vested interests; it just happens that the aforementioned venues and bands are part of the Fort Worth music scene, and this music scene is something I care very passionately about, as I have been part of it for the past fifteen years.