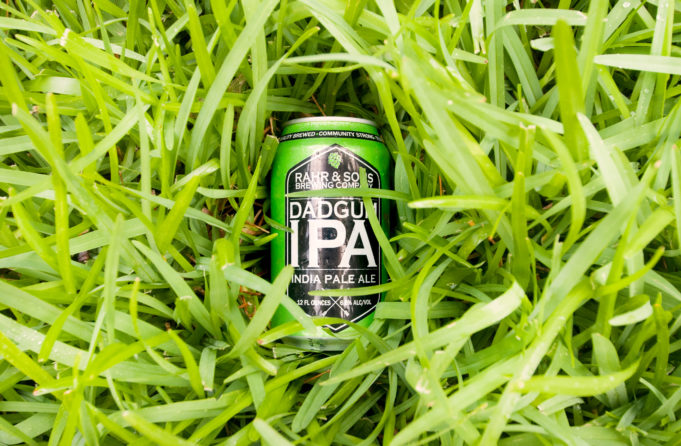 For some inexplicable reason, my young next-door neighbors do not believe in lawn equipment. I live in a Fort Worth neighborhood where even the residents without a green thumb mow enough so that a wayward Jack Russell terrier wouldn’t disappear into the grass, but not so for these two. A large tree came down in their front yard last week, and I expect it will remain there for an extended period of time – the man of the house is too busy drinking IPAs at the local skinny jean bar to care.

On Friday afternoon, I was walking past the well-manicured landscaping outside Pouring Glory Growler Fill Station and noticed its neighbors aren’t about that mow life either. Really, much of the area of town inside the rectangle of I-35, I-30, and Rosedale and South Main streets looks like Britain after The Blitz, thanks to the ongoing construction and dozens of neglected properties. But if you can look past the weeds and rusty railcars, this is the new epicenter of adult fun right now.

Like many locals, I was introduced to the area by going sideways on Saturdays during the tours/competitive chugging competitions at Rahr & Sons Brewing Co. (701 Galveston Av, 817-810-9266). But for fans of craft brews, Rahr now has some solid neighbors. Collective Brewing Project (112 St. Louis Av, 817-708-2914) recently scored nationwide buzz for its ramen noodle-flavored Cup O’ Beer, but the brewery’s Petite Golden Sour really shines for daily drinking in its spacious taproom.

HopFusion Ale Works (200 E Broadway Av, 682-841-1721) may be the newest kid on the block, but it also has been racking up the awards at the 2017 U.S. Open Beer Championship, bringing home medals for Feisty Blonde, Fur Slipper, and Hairpin brews. The patio has beautiful views of downtown, and the cozy indoor space’s vibe is far more laidback bar than sterile tasting station. The massive TV screen makes HopFusion a nice spot to plop down for watching TCU and Cowboys games this fall. But if it’s food and beer you are craving, then Pouring Glory Growler Fill Station (1001 Bryan Av, 682-707-5441) has 54 beers on tap, a full menu, and a staff patient enough to handle most of the Weekly’s writers simultaneously.

Want to hook up with live music plus drinks for the night? Shipping & Receiving Bar (201 S Calhoun St, 817-887-9313) and Main-At-Southside, aka MASS (1002 S Main St, 682-707-7774), are the hot spots. Shipping & Receiving’s stage is outdoors, and the interior is full of comfy furniture for chillings and hangs or whatever the kids say these days. MASS is all indoors and currently offers live music happy hours on Wednesdays and earlier start times on main acts, catering perfectly to midday drinkers and people with day jobs.

Music is not your only performance option where you can toss back some tipple off South Main, especially since there’s the funky and never stuffy Amphibian Stage Productions’ Cynthia & Grant Hodgkins Bar (120 S Main St, 817-923-3012). Ultra-hip Dreamy Life Records will be spinning tunes during weekend performances of the upcoming 2017 Amphibian Comedy Festival (Aug 22–Sept 9). Before the performance starts, snag their custom concoction, the South Main Mule, featuring fino sherry, ginger beer, fresh limejuice, and Peychaud’s bitters. Single readers take note: This is the best first-date option in town. All in one spot, you can scope out your would-be honey’s taste in drinks, music, culture, and whether or not he or she lied about having a great sense of humor.

But if all you want is a relaxing and friendly neighborhood joint, sit yourself down at a picnic table on the patio of Republic Street Bar (201 E Hattie St, 817-615-9360). The adjacent empty lots may have sketchy lawn maintenance, but that’s nothing an ice-cold drink won’t help you ignore.