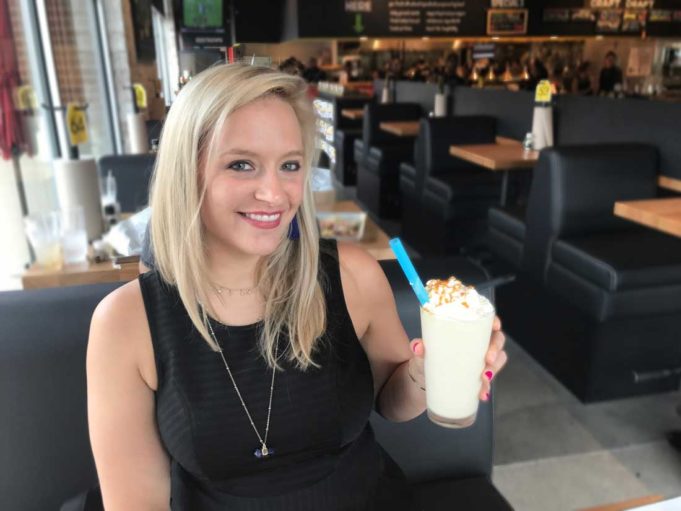 At the risk of tossing away any street cred I’ve amassed: I dig restaurant bars. With the exception of a few outstanding craft cocktail options around town, many food-free spots suffer from a lack of creativity in their beverage programs. Fort Worth is unquestionably a cosmopolitan city, but it wasn’t long ago the majority of locals grabbing a barstool inevitably ordered a macrobrew or plain ol’ whiskey.

For years, TGI Friday’s ilk of bartenders have been spitting out schooners full of hyperglycemic nightmares like Strawberry-Kumquat-Cheesecake Frozen Margaritas. Through these Franken-tails, chains have been able to cash in on over-the-top presentations and influence countless new drinkers to believe that stylish snapshots, and not flavor, are a priority. But there is an upside to gauche drinks of old, as it helped foster a sense of adventure beyond gin and tonic in many a 21-year-old.

Last Friday, I was at new Left Bank hot spot Hopdoddy Burger Bar sipping a sea salt caramel milkshake spiked with Hirim Walker Special Old Rye and lamenting how rarely I veer outside a place’s normal offerings. Unless an item is expressly on a menu, I don’t request anything requiring bar tools, even if it’s a simple muddler. I had to be cajoled by my server into testing something new and calorie-laden, and I’m glad she twisted my drinking arm.

There is a seated full-sized bar inside the well-lit space, unlike many eateries where you have to awkwardly tell a server you’re taking up a table just for a tipple and not the tartare. As you can expect from a joint with 50 percent of its name devoted to a beer ingredient, the craft brew options are extensive. Taps are dedicated to local options like Collective Brewing’s Biere De Grande Belgian Blonde and Hopfusion Fur Slipper Stout. Rabbit Hole, Wild Acre, Panther Island, Shannon, Lakewood, and Martin House breweries aren’t left out of the party, either. But I won’t begrudge you cracking open one of the Lonestar tall boys to take the edge off. During happy hour, 3-6:30pm Mon-Fri, all craft drafts are only $5, a solid deal on this side of town.

Hopdoddy flexes its creative cocktail-shaking muscles in the signature drink menu. Most restaurants have at least one margarita on the menu, and often it is made with enough heartburn-inducing sweet and sour mix that it should come with a free sidecar of Nexium. Luckily, the owners of this Austin chain know how to make a proper round of our official state drink. There are four different margarita options, including the Classic Frozen, Little Larry, The Skinny Dip, and Doble Fina — each boasting different combinations of fresh squeezed citrus juices and base spirits. But the drink you won’t find elsewhere is the Black Cherry Hard Limeaid,  made with either gin or vodka, fresh lime wedges, and black cherry fizz. For fans of a French 75, the Bubbly Blonde is an orange- and basil-tweaked version of this St-Germain-spiked sipper. Bringing beauty and brawn, the archly named and potent Lil’ Prick is a prickly pear martini served straight up with a black lava salt rim.

This was not my maiden voyage to a Hopdoddy Burger Bar. I frequented the original Austin location, where lines snaked out the door and down the block on South Congress Saturday afternoons. I wondered if the original concept would translate well in duplicate, or if they would take on a Five Guys-with-tequila feel in the Fort Worth location. Turns out its burgers, solid brews, and creative cocktails fit the Panther City just fine.