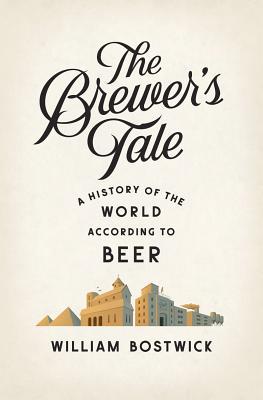 Whether as the impetus for settling down to farm or by providing a steady source of food, beer has been man’s faithful companion for thousands of years. Only within the last several years have researchers and journalists begun to properly acknowledge the debt we owe to this bubbly ale. Articles in the New York Times, National Geographic, and Business Insider have recently delved into the intersection of agriculture, civilization, and beer. Indeed, universities are starting to catch on: TCU professor Sean Crotty recently began teaching an undergraduate course called The Geography of Beer.

For this week’s beer column, we’ll explore a bit of this history through the words and research of William Bostwick, author of The Brewer’s Tale: A History of the World According to Beer.

His book opens with a recounting of Dogfish Head Brewery founder Sam Calagione’s visit to Egypt. Calagione was on a mission to recreate ales made in ancient Egypt. His work included gathering emmer wheat, palm fruit, chamomile, and Nile Delta microflora (yeast).

“As the first cities bloomed, especially in Egypt, brewing became an industrial-scale operation built for the thirsty masses,” Bostwick writes. “The Hierakonpolis brewery churned out a daily torrent of 300 gallons of beer. Government-issue beer was doled out like workhouse porridge to laborers: Assyrian temple workers got about four pints a day; Giza’s pyramid builders were allowed ten. Low-alcohol, high-carb plebeian fuel.”

Thousands of years ago, beer had a very different flavor profile, he continues. Without forced carbonation, the drink would have been flat. For low-level workers, it would have been watery. Hops were not yet a common ingredient. Wealthier individuals were afforded ale seasoned with grapes and coriander.

“Drinking is bonding,” Bostwick writes in chapter two. For medieval England, it was also medicinal and hallucinogenic at times. Ingredients like mugwort, wormwood, yarrow, and hemp seeds were not uncommon brewing ingredients in that era. Bostwick recreated one of the ancient ales. The results, he writes, came out “piney and warming, a bit like a campfire.”

Next, the monk enters as a central character in beer’s evolution. Early church dogma was lenient torward beer making and drunkenness. Around the twelfth century, hops began to be employed with regularity in brewing, despite concerns from one botonist at the time that the plant “weighed down the inner organs.”

I particularly enjoyed Bostwick’s descriptions of beers. Beer mavens tend to get, well, heady in their descriptions of brews. Bostwick uses simple descriptions like “earthy fruit” and “snaps with the crisp tannins of cranberry juice.” He is a very gifted writer with a knack for storytelling. A Brewer’s Tale is a real page-turner, one that is best read with a tall pint of your favorite brew in hand.

From Chimera: Your favorite North Texas artist “Choke” is back again. This time, she will bring the party out to Chimera Brewing Company. We’re excited about this party because we will be able to enjoy the outside seating area! There will be plenty of drinks as well, so bring your friends and family as Choke guides us all through another great original piece of artwork. This month, we will be painting a sugar skull. Tickets include a seat, canvas, paints, brushes, food and drink specials, great music, and a fun atmosphere. Visit the event page here.

October 18. Beer, Beards, and Beethoven
Beer, Beards, and Beethoven, a program of the Chamber Music Society of Fort Worth, was a sold-out success last year. The program will once again feature the Cézanne Quartet, SMU’s ensemble-in-residence. Admission includes three pints of Wild Acre brews, and there will be a casual after party following the 30-minute concert.  The Chamber Music Society is partnering with Presbyterian Night Shelter, so please bring unused, packaged socks for the donation drive. A food truck will also be available. I think Beethoven would have approved. Visit the event page here.