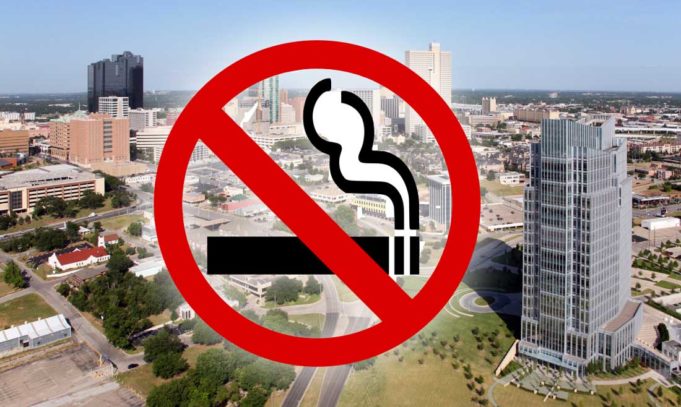 Living in a little bubble of progressivism like we do has its advantages. Our Facebook feeds are (mostly) bereft of right-wing nut jobs, and everyone we drink with is cool and on the same cheery progressive team. On our ways to and from our offices here in Monticello, stopping occasionally for some happy-houring along the way, we can often feel as if everything’s just rosy, that things are going to get better, that Washington will start taking climate change seriously, that World War III isn’t going to happen, that Fort Worth is as progressive as its leaders want us to believe.

Too bad we all know it isn’t.

For all of the greatness that Fort Worth and Tarrant County have to offer –– the world-class museums, the world-class colleges, the world-class corporate headquarters, the dynamic and diverse original music scene –– we are still essentially a political backwater. We prove it at the ballot box every election. And at City Hall, the same business-first attitude that gave us the wonderful wonders of fracking will also prevent us from passing a nonsmoking ordinance.

We hope not, but Fort Worth’s track record isn’t good.

The nonsmoking-in-bars issue has come up again, thanks chiefly to Smoke-Free Fort Worth, a three-year-old grassroots organization whose voice has become so loud that Mayor Betsy Price and her cohorts downtown can’t avoid it. That’s why they’re resurrecting the issue now. On Tuesday, city attorneys briefed council on the current ordinance and “some possible language changes,” the Star-Telegram says. The purpose is to help council consider adding bars and maybe bingo parlors to the list of places where smoking is already banned (e.g., hotel/motel rooms, private clubs, restaurant patios, most public spaces). Smoking will remain permissible at retail tobacco stores, cigar bars, and hookah lounges.

The pressure is on Price et al., but the pressure was just on them –– and they folded. They failed to join every other non-backwater in Texas in a lawsuit against SB 4, the “sanctuary cities” law that forces peace officers to question the immigration status of a person they lawfully detain. Basically, Fort Worth’s official line is that a little racial profiling is A-OK! Of course Fort Worth doesn’t have a nonsmoking ordinance. That would be so Austin, so Houston, so *gulp* Dallas.

To us bubble dwellers, who may smoke though we’re fully aware of its deadliness and who would not wish the habit on anyone, a nonsmoking ordinance makes perfect sense –– most of us don’t smoke. We are the majority (but since 3 million more people voted for the other person last November and still lost, maybe majorities aren’t all that). A nonsmoking law would make sense. Then again, we’re in our little progressive bubbles. We have no conceivable idea what’s going through the heads of the majority of city council. They’re the same people who said no to the SB 4 lawsuit – and “ka-ching!” to gas drillers. All it takes is one non-progressive councilmember to air just one Fox News talking point – say, “Business owners can do whatever the hell they want because they’re job creators!” – and city council will fold. Again.

When the nonsmoking issue was first presented to council earlier this year, some councilmembers were enthusiastic, said Dolores Garza, Smoke-Free Fort Worth’s campaign manager. “Others,” she told us, “said it wasn’t a priority.”

The person who Smoke-Free apparently finally got to is Price, town’s most famous bicyclist and a cheerleader for Fit Worth, the Fort Worth Chamber of Commerce, and Blue Zones, a newish nationally syndicated citywide program to promote healthy eating and living.

“I truly think the timing is good now for us, as part of our healthy city initiative, to look at our [smoking] ordinance,” Price told the Star-Telegram earlier this week.

As part of her explanation, she mentioned Billy Bob’s Texas, the legendary honky-tonk that went nonsmoking in April 2016 and –– amazingly –– is still in business.

So is a watering hole that went from smoking to non- around the same time. Poag Mahone’s weathered a small dip in biz last September only to come back stronger than ever, according to owner Glen Keely in the Star-T.

Part of the reason is that Poag’s is located in the West 7th Street corridor, an area famous for its allure to young partiers.

“Most kids have probably never even been in smoky bars, because everywhere else [outside of Fort Worth], you can’t smoke inside,” he told us.

Because that’s what some bar owners are afraid of, that they’ll lose business by going nonsmoking on their own.

Luckily, they have the chance for City Council to make the decision for them, rendering all bars equal.

“It’s time,” said Brian Forella, owner of Lola’s Saloon and Lola’s Trailer Park, two immensely popular bars/venues in the West 7th Street corridor. “We’re going to do it anyway. I mean, bands come from out of town, like Portland or somewhere, and everybody [inside] is smoking, and [the bands are] like, ‘What the hell is going on in here?’ ”

Forella added that even big-ticket local acts – like Sarah Jaffe and Big Mike Richardson – will play Lola’s only if their shows are nonsmoking.

“Happy hour will be hard, though,” he said.

Don’t laugh. The 30 or so folks who constitute the saloon’s regulars, Forella said, account for about half of a non-show weekday’s business there.

“I’m kind of excited,” Forella added. “I hope it passes.”

Fort Worth’s existing nonsmoking ordinance was passed in 2007, and extending the language to encompass bars (and maybe bingo parlors) would bring Fort Worth into the 21st century and keep us in line with pretty much every other major and even non-major city in the state.

A primary anti-ban talking point is that bar owners and bar owners alone should be able to determine what best suits them and their establishments. Want to be a smoky bar? Enjoy your smoky regulars! Which all sounds fine until you factor in the innocent people who have to dish out brews and shots at these smoke-filled joints. They didn’t sign up to be slowly murdered by your desire to murder yourself one drag at a time. City Council, think of job creation this way: In a year or so, who’s going to want to work in a smoky-ass bar?