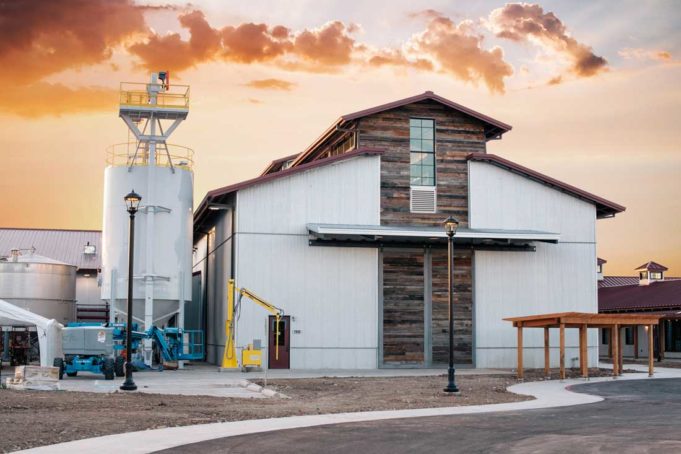 I hope the people of the Lone Star State never lose their collective flair for the dramatic. It’s as if Texans find the boundaries of what has been done elsewhere and use it as a yardstick to determine the very least they can accomplish in any given situation. Or so I was thinking while standing at the base of a gleaming copper still, soaring a righteous 45 feet above my head. The colossal piece of equipment is but one item that makes Firestone & Robertson Distilling Co.’s new property so impressive. When the 112-acre Whiskey Ranch opens to the public this weekend, Fort Worth will also lock down bragging rights as the home of the largest whiskey distillery west of the Mississippi –– and the only one in the country built on a playable 18-hole golf course.

Perhaps if you have been living in another country — anything north of the Red River — it’s possible you haven’t heard of TX Whiskey. But the original F&R Distillery’s location at 901 West Vickery Blvd has cranked out the ubiquitous leather-and-cork-topped bottles steadily since 2012. The brand even accrued “Double Gold” and “Best American Craft Whiskey” honors at the 2013 San Francisco World Spirits Competition.

The popularity of TX Whiskey quickly outgrew F&R’s production capability, according to the company’s PR team. At that point, co-owners Leonard Firestone and Troy Robertson knew they needed more space, but finding land sprawling enough to accommodate their vision proved difficult in Fort Worth. On an auspicious day of surfing real estate websites, Firestone happened upon a private golf club for sale on the East Side.

The Glen Garden Country Club property may have escaped your attention, especially if you don’t make it to the East Side often or you’re not a fan of tales about golfing legends Ben Hogan and Byron Nelson. But once you drive past the greens and reach the main campus of Firestone & Robertson Distillery, you get a feel for exactly why this spot was the perfect site to erect Whiskey Ranch — the view over the trees and rolling hills toward downtown is stunning. 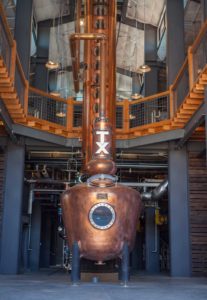 The building that houses the still is an impressive feat of construction and planning. Behind formidable 20-foot-high sliding barn doors, Vendome Copper & Brass Works built a towering copper column still that rises three stories into the air. The goliath is also the world’s first “doubler” designed with sight windows that let you see that sweet, sweet chemistry in action. The only other still of this scale in the United States sits over at Maker’s Mark distillery on the world-famous Kentucky Bourbon Trail. Once the product leaves the still house, it will be stored and aged in Barrel Barn No. 1 (of five, eventually) on the property, which has a current capacity of 20,000 barrels.

Beyond the spirits themselves, Whiskey Ranch is meant to serve as a special event center and tourist attraction and will be open for private outings only. In the heart of the visitor’s area, The Ranch House occupies the east side of the main courtyard. This multipurpose building includes a retail store, a bar and tasting room, special event spaces for up to 300 guests, and a staircase leading down to Benders Lake.

The owners aren’t ditching the original Firestone & Robertson Distillery building, thankfully. Plans are to shift production there to new small-batch offerings and leave this jaw-dropping new whiskey-themed playground to handle the big stuff.