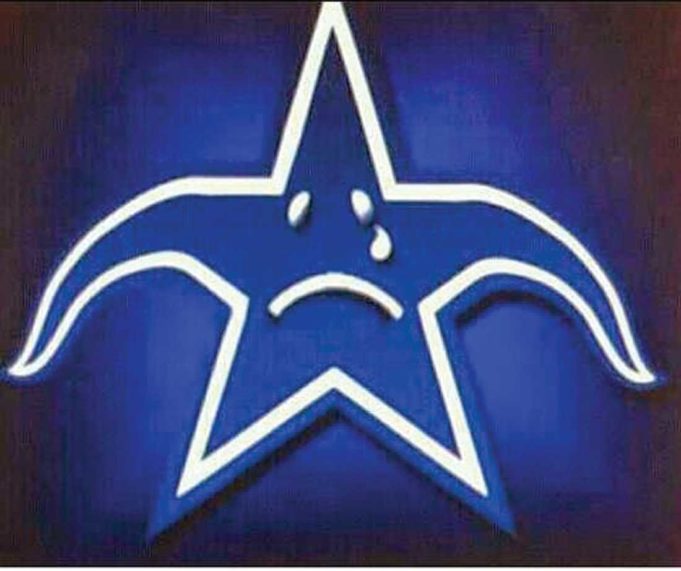 This past Sunday, the Dallas Cowboys closed out their 2017 season in appropriately lackluster fashion, barely topping a highly unmotivated Philadelphia Eagles team by the dismal score of 6-0. That the game lacked even a single spider-silk thread of drama was due to more than neither team having anything to play for. The insignificance was exacerbated by a slipknot strength test-inspiring performance by both teams’ offenses. There’s little chance that a game with a single touchdown (with a missed extra point, no less) accounting for its only scoring would provide much entertainment value. It was perhaps best suited as background noise for a cozy winter nap.

Coming into the game, the 13-3 Eagles had already clinched the NFC East and home-field advantage throughout the playoffs. The Cowboys’ postseason dreams were officially snuffed more than a week before, thanks to a loss to the Seahawks. Not that winning the Seattle game would have ultimately mattered. This team was buried back on Thanksgiving Day against the Chargers, when the Cowboys found themselves on the wrong side of a third straight blowout. They could have run the table since that ugly game in November, and the end result would be the same. By then, the hole they’d dug themselves was already too deep, and they were relying on other teams to reach in a hand to help pull them out, never a reliable position. The Atlanta Falcons would have eventually put the last shovel-full of earth on the Cowboys’ season by beating the Panthers on Sunday if the Seahawks hadn’t done it the week before.

Now that there’ll be no more Cowboys football for nine months, it leaves fans plenty of time to stew over what exactly went wrong this year and what it means for next. Those less astute may try to pluck the low-hanging fruit and point to things like the suspension of star running back Ezekiel Elliott. If you’d told me prior to the beginning of the season that the Cowboys would be without their best player for six games and would still go 3-3 in that span, I’d consider it a success. It likely wouldn’t change my prediction for them repeating as NFC East champs. Despite Jerry Jones’ likely insistence, Roger Goodell didn’t rob the Cowboys of a chance at Super Bowl contention by winning that lengthy court battle.

In addition to Elliott, Dallas had to try to navigate several games with other key players unavailable. All-Pro left tackle Tyron Smith was dinged most of the season, and the Cowboys’ defense had to go without linebacker Sean Lee for multiple games, the most valuable defensive player to any team ever, based on well-documented statistical differences between when he plays and when he doesn’t.

However, this can’t account for how the offense failed to score more than 12 points in five of their last eight games. No, sadly, the offense’s struggles had little to do with Elliott’s absence or even Chaz Green’s poor play in place of Smith. The backup running back duo of Alfred Morris and Rod Smith managed to hold serve during those six games, and once Byron Bell took the backup tackle spot from Green, the O-line settled. That makes it necessary to point the finger at quarterback Dak Prescott.

Though he had a handful of solid performances throughout the season, he mostly didn’t at all resemble what you’d expect from the reigning NFL Rookie of the Year. The wide receiving corps certainly didn’t help him, having apparently collectively decided to develop stone hands this season. Even so, Prescott’s accuracy declined sharply, and he continued to have an inexplicable lack of chemistry with top-paid receiver Dez Bryant. The coaches’ trusting the young signal-caller with more control of the plays at the line of scrimmage did not pay dividends either and did more to expose Prescott’s weaknesses, which the game-planning so effectively disguised last year. Prescott threw fewer touchdowns and more than tripled the number of interceptions he had last season. I still have faith in the player and believe he’ll bounce back, but his leash with me is shortening.

All the blame can’t be placed at Prescott’s feet. In fact, most probably should be directed toward the coaching staff. Jason Garrett’s poor game management and offensive coordinator Scott Linehan’s predictable or completely nonsensical play-calling (a run-pass option on first down inside the 3 with one of the league’s best backs on the field?) cost this team as much as Prescott’s play. The team can’t hope for much more success going into next season with the status quo. Jerry Jones is all-in on Garrett and unlikely to look at other options at quarterback, which leaves Linehan as the likely sacrificial lamb to satisfy bloodthirsty fans. I’m not sure even that’ll be enough. Depressingly, fans will have to wait the next nine months to find out.

The Cowboys Ate the Cheese