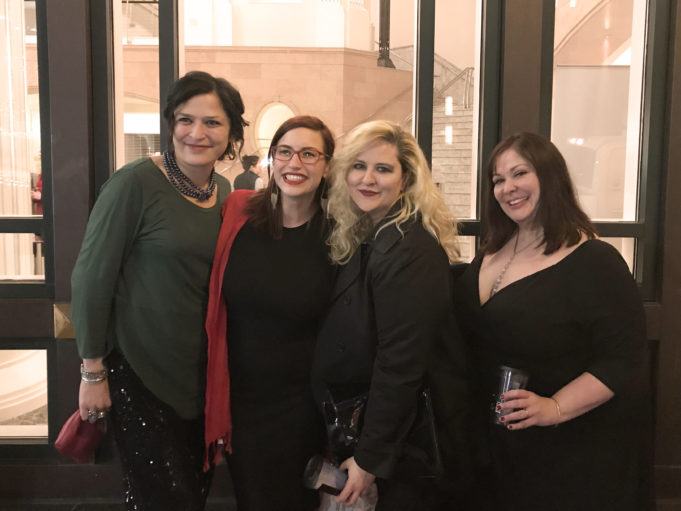 Of all the chaotic holiday seasons I’ve had in the past, 2017 took home the gold medal. I found myself doing the regular stressful stuff that comes along in the span between Thanksgiving and New Year’s Day, dealing with bronchitis, and moving. Take it from me, saying “A January 1 move-in date will be fine, I’m very organized,” is a statement that will exponentially increase your bar budget and possible reliance on psychotropic medications.

Before embarking on this ill-advised new home journey, I made plans with two of my friends to see Boyz II Men perform with the Fort Worth Symphony Orchestra at Bass Hall on Friday evening. What I did not do was set aside going-out clothes before the movers turned my garage into a box farm. Picture me, an hour behind schedule, tossing crap willy nilly out of cardboard, praying there is a pair of heels and a dress that match in there. I did eventually have success after seriously contemplating whether I could just slap on rubber boots, a Darth Vader cape, red tights, a purple sundress, and a royal blue Cubs hat and call it quits.

It’s been a while since I’ve been to Bass Hall, though I have seen some shows that stick out in my memory like Lyle Lovett, Ben Folds with the FWSO, Tony Bennett, and a smattering of excellent Broadway musicals. I generally consider a trip to this jewel of our city a special occasion-only kind of night. I never consider it a place to grab a drink and a show together. Really, that’s rather unfair, as Bass Hall puts on a large amount of events throughout the year that aren’t pinky-out affairs.

All of this is to say, I was surprised the Hall has both a very well-stocked bar and does not expect guests to slam their drinks before going in to see the show. I ordered a double bourbon, and bartender Maria handed me what appeared to be an adult sippy cup stocked with hootch. Blame it on sheer exhaustion, but sophistication shot straight out the alabaster angel’s trumpets outside. I yelped something along the lines of, “YOU MEAN I CAN TAKE THIS INSIDE? TAKE MORE OF MY MONEY NOW, PLEASE! THANKS! YOU ARE SUPER-PRETTY! WHY AM I YELLING?!?”

Now equipped with both bourbon and floor-center seats, and contented in the fact that an intermission would come halfway through Boyz II Men’s set, I began to decompress. In the span of the last month and a half, I lost two fingernails, bruised nearly every part of my body, coated myself in cardboard box papercuts, forgot that movers don’t work on holidays, developed a severe allergic reaction to something in the cleaning supplies box, packed the corkscrew and bar contents into an inaccessible corner of the new house, and lost my new health insurance card. But on Friday night, I just sat back in a comfortable seat without sticky floors and absorbed a welcome night of nostalgic R&B in a marvelous setting. Thanks, Bass Hall. (Thanks, bourbon.)