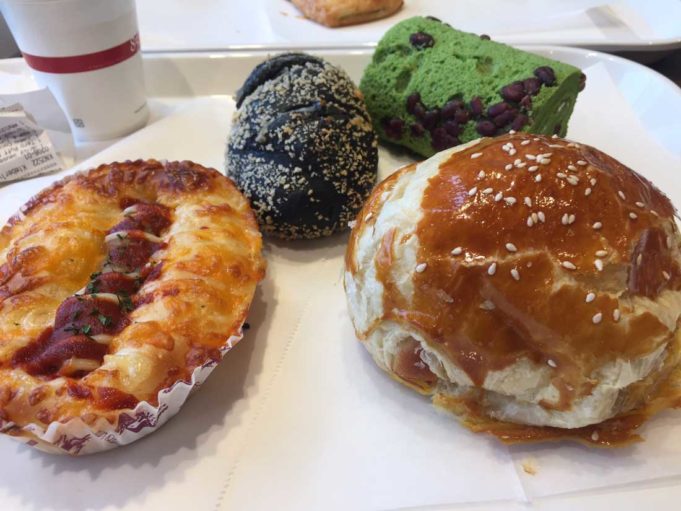 Newly opened Taiwanese-style patisserie 85C Bakery Café (628 Harrold St, Ste 140, 817-882-8585) is tiny in terms of square footage, but the learning curve for some its new customers appears to be vast. I was recently sitting at one of the two tables in the “dining room” watching bewildered Anglos take one step toward the wall of baked goods and one toward the counter, like pastry-hungry robots stuck in a loop. So I figured I’d do the public a solid and help out the uninitiated.

The California-based chain, named after the temperature of its coffee, is expanding at a late-’90s Starbuckian level. The Fort Worth locale, set in the still-nascent Left Bank development behind Austin transplant Hopdoddy Burger Bar, marks the 1,000th storefront for the company worldwide and its seventh in Texas. Just like the ’Bucks was back in the day, 85C’s novelty (to us trend-lagging Texans, anyway) is part of the appeal.

If you’ve been to a Mexican bakery, then you’ll probably understand how to move around the coffee shop/bakery. As soon as you walk through the shop’s glass doors, take a left, where you’ll see plastic trays and tongs with boxes of butcher paper. Throw down a couple of sheets on your tray and ogle the many exotic-looking self-served wonders behind two walls of plastic cases.

You’ll see such savory and sweet kaleidoscopic treats as the neon-looking matcha red bean roll ($2.85), a bright green spongy cake bedazzled with, yes, beans, with sweet cream permeating the cake’s crannies. On the dark side of the spectrum, behold the steely black Japanese-style squid ink bacon bread ($1.80), ink-infused multigrain dough baked light and fluffy with strands of swine cooked into the center.

As you gaze at the baked ham and tuna sandwich ($2.20), the elegant, glistening spinach kale Danish ($2), and piquant, cheesy spicy sausage bread ($2) – a kolache on speed – listen as the staff yells out, “Fresh bread!” Follow the person carrying out a tray of fresh-from-the-oven goodies before more seasoned patrons beat you to the newly arrived treats and ravage the supply.

If you’re in the mood for a more classic confection, the taro puff pastry ($2.15), an airy, sweet sticky softball-sized dome, is a beautiful exemplar of Taiwanese simplicity. The jumbo coconut strudel ($1.75) is more of a classic European pastry, with sweet flakes of dough crumbling at every bite.

Once you’ve filled your tray with baked goods, then head over to the sleek-looking counter, which is flanked on one side by a glass deli case filled with whole cakes and the other by various coffee-making apparatuses, with a modern-looking digital menu hanging above.

The signature 85C coffee ($3.25), sweet and creamy, and presumably served at 85-degrees Celsius (185-degrees Fahrenheit for those of you who care), will be only 10 cents during the grand opening on Fri, Feb 16.

Of course, the best way to learn is to go there and try it out for yourself. And if you hit it up before the opening, you’ll likely get a coupon for $3 off your next purchase of $15 or more. Take this column with you in case you get confused.