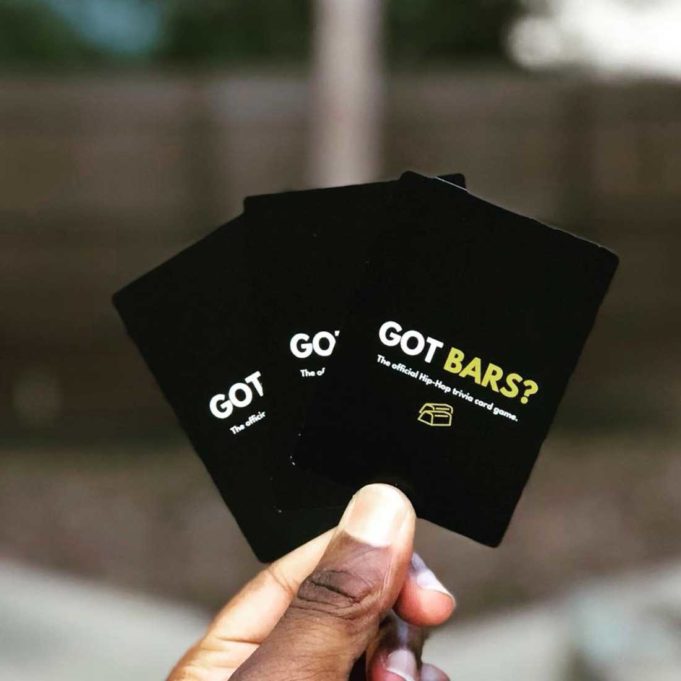 More than any genre’s artists, rappers seem to be (by far) the most entrepreneurial and brand conscious. (Remember Dave Chappelle’s “Wu-Tang Financial” sketch?) Nationally, guys like Jay-Z, Dr. Dre, and Nicki Minaj have become prominent businessmen/-women, garnering endorsements, creating products and clothing lines, and snagging side-gigs, all while selling a gazillion albums.

Locally, rapper Smooth Vega, a.k.a. Lorenzo Zenteno, is a one-man brand machine. He raps, produces, mentors, does booking, runs a big-deal promotions company (Premier Live), and used to own a T-Mobile storefront where Houston rapper Paul Wall once made an appearance. The guy keeps busy.

Tawaine Hall is another multi-faceted, multi-talented rapper with a ton of “projects” in the works. His 2012 release Failure, which you can still check out on Bandcamp, showcases his clever lyrics, verbal gymnastics, and experimental sensibilities. In 2015, he followed up that release with the equally edgy Lost. Because who needs sleep? He owns and manages clothing company Dimes to Dollars, runs a digital media consulting firm for artists, and produced five tracks on Fort Worth rapper Da Deputy’s recently-released album, Bear Your Soul.

Hall also wins the prize for the most unique side hustle (to borrow a phrase from an Uber commercial). He’s just invented a card game, Got Bars?, that tests your ability to pair lyrics with their rapper. Imagine a mash-up of Cards Against Humanity and Trivial Pursuit –– but with way more cursing.

Here’s how you play. There are two separate card piles. The Bar Cards feature lyrics from dozens of recent hip-hop icons such as Kanye West, Kid Cudi, Kendrick Lamar, and others. The Action Cards give the game a twist. You pick one of the latter after correctly guessing whose lyrics the reader just quoted. Some of the Action Cards are fun questions (“What was the first hip-hop album you ever purchased?”) and others are punitive (“Sit out your next turn”). When you guess correctly, you keep the card. The first person to collect 10 cards wins.

Hall said the game is a marriage between two of his passions: board games and debating his friends about various hip-hop topics.

“The entrepreneur in me looked at the fact there wasn’t a brand covering the space between tabletop gaming and hip-hop,” he said. “The hip-hop head in me just felt like this would be something I would love to play with my own group of friends over drinks.”

To old men like me, whose hip-hop education began in 1980something with Run-D.M.C. and the Beastie Boys and ended around the time Jay-Z’s The Black Album was relevant, the names of some of the current rappers quoted in the game just don’t register. I recently played a round with Weekly editor Anthony Mariani and office manager Trish Bermejo Torres, and I didn’t get one single card correct. (Both Mariani and Bermejo Torres identified at least one current rapper.) Still, the game was a lot fun, and I imagine younger, hipper folk will love it even more.

Hall said he didn’t want to go back further than 2005 for this edition but has other versions of the game planned for specific rap genres, including West Coast, East Coast, Dirty South, Golden Era, and, the one that will allow me to play, a Classic deck. He’ll also eventually branch out into other music genres.

The game hasn’t officially been released yet, but you can preorder your copy at gotbarsofficial.com and sign up for the mailing list for info on upcoming expansion packs and new decks. Hall is also busy with his own bars. He plans to release a new album in the fall.