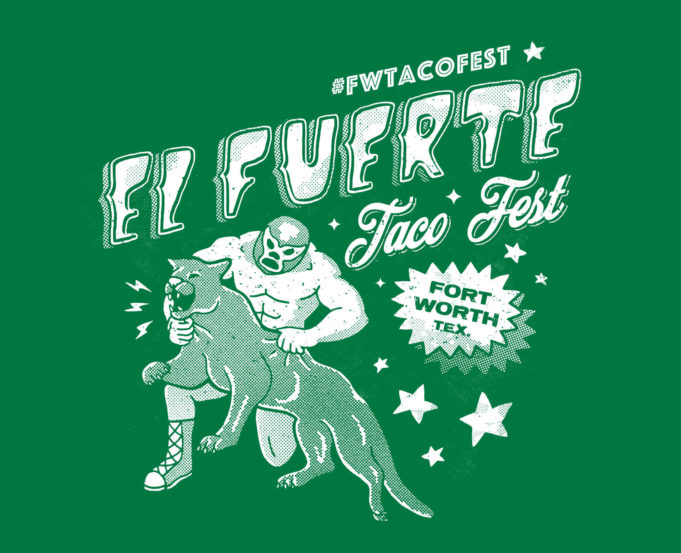 Historically, I avoid bars during Cinco de Mayo. My recent reversal on hiding from the general public on May 5 is not simply that the Weekly puts on El Fuerte: Fort Worth Taco Fest, an annual event that takes place this year on Saturday at The Shack at Panther Island Pavilion. But it did inspire me to do a little research on the real reason the holiday is worthy of celebration.

Flashing back to 1862, French Emperor Napoleon III wanted his relative Archduke Maximilian of Austria to rule over Mexico, which led to the Battle of Puebla. At its heart, this is an epic underdog story worthy of tequila toasts. The French had the upper hand in the skirmish from the start, with nearly double the manpower and equipment of their plucky Mexican foe, but inexplicably still lost. The French would inevitably still win the war, and Maximilian ruled for three years. Through determination, the Mexican people regained their independence from foreign rule yet again.

Fast forward to the 1950s in America, and that battle against imperialism became a source of cultural pride in many Mexican-Americans communities. It wasn’t until the ’80s that the sticky fingers of corporations obfuscated the meaning behind Cinco de Mayo, specifically to attract recent immigrants as consumers.

Taking a page from the spirit of the original celebrations, and not from slick ad men of yore, El Fuerte is a family-friendly event, which includes live entertainment, cooking demonstrations, theatrical performances, local artisans, and a food competition celebrating the Mexican-American culture in North Texas.

Be sure to wear your eating pants. The afternoon’s taco competition is bigger than ever. Last year, 1,500 people came out to meet, greet, eat, and vote on their favorite tacos. This Saturday, there are even more categories, with awards presented for best taco, tortilla, presentation, and more. Participating restaurants include Bird Café, Chicas Tacos, Del Norte, Gas Monkey Bar & Grill, Rusty Taco, Salsa Limon, Texas Bleu, The Tavern Bar & Grill, Vintage Grill & Car Museum, and others. Of course, there will be beer and margaritas for purchase, plus Topo Chico, because who doesn’t love a cold drink with spicy food?

This year, music will be provided by the Northside and Polytechnic high school mariachi bands, along with dance performances by Ballet Folklórico. Fort Worth’s own NPSL Texas Conference soccer team, the Fort Worth Vaqueros, will be onsite to hang out with fans.

The last two events have sold out, so it’s best to purchase either general admission or VIP tickets online at Ticketfly. Children under 5 are free, and discounted tickets for kids 6-13 are available.

I know for many people, Cinco de Mayo became a quintessential example of where corporate greed met cultural appropriation. But dare I say, El Fuerte is far closer to the kind of party those original Mexican-American community organizers wanted 70 years ago: People of different backgrounds and ethnicities coming together to promote, celebrate, and honor the cross-section of our cultures. I’ll raise a glass or two to that.