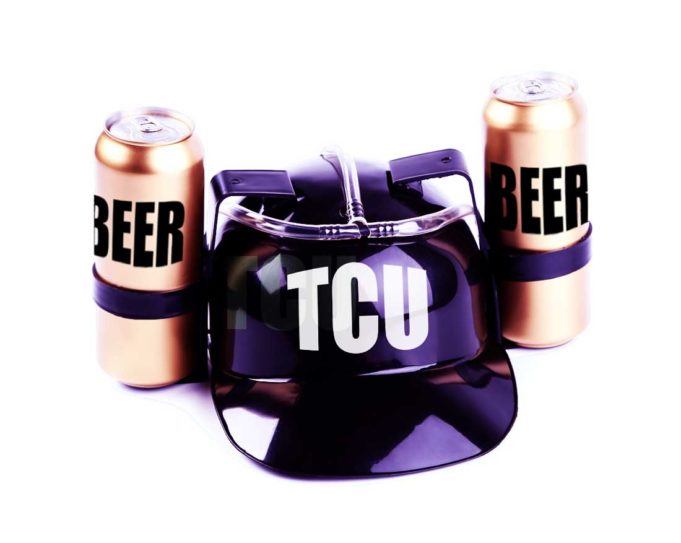 Of the Big Four, baseball has the dubious distinction of being among the most fun to play but easily the worst to watch. It’s the classical music of sports: Not only does it attract higher-IQ fans, but you can tune into or out of it while you’re putzing around the house and not miss much.

And if there’s one thing that makes everything more fun, it’s booze, which is why no one can blame TCU honchos for doing what they can to draw more butts to an athletic program that’s evidently growing stronger every year.

“The fan experience is very important to us at a home event,” said TCU athletic director Jeremiah Donati in a press release. “Over the years, a popular request of our season-ticket holders and fans has been the availability of beer for the general public.”

Donati goes on to say that he believes general-public beer sales at Lupton will “enhance the game-day atmosphere.”

The school says beer at Lupton is a pilot program. The hope — at least for a lot of TCU fans and maybe the occasional non-TCUer who simply loves sports — is that the program becomes so successful, it spills over to Amon G. Carter Stadium, home to another school program that’s growing stronger every year: the football team.

Lots of colleges across the country, including ones in the Big 12, are selling hooch to the plebeians at games. Knowing how vital alumni support is to every school — and knowing that not every alum can afford a seat in a luxury box, where beer, wine, and liquor have always been available — collegiate athletic programs are obliged to adopt new strategies to compete in an already saturated sports-experience market. Think of all the average families out there who have to choose between a monster truck rally, a festival, or a TCU baseball game — you bet your sweet cheeks Dad’s going wherever there’s beer, and up until recently, this wasn’t a TCU baseball game. Now that it is, TCU bosses can say they’re legitimately doing all they can to increase interest in their program among not just TCUers but the Fort Worth community at large.

UNT and SMU have been selling beer at football games for a few years now. That’s Southern Methodist University.

As it says in Ecclesiastes 9:7, “Go, eat your food with gladness, and drink your wine with a joyful heart, for God has already approved what you do.”

We approve as well. For those of you keeping score at home.