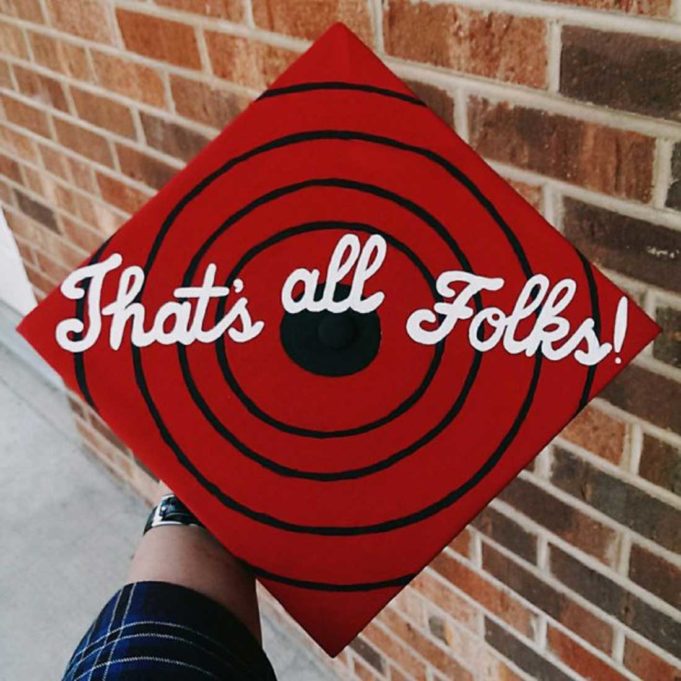 Maybe Antonio Martinez has a good reason for prohibiting certain students from decorating their graduation caps. Maybe the North Side High School principal is just being a tight-ass. Maybe he was traumatized by a glitter accident early in life.

What we do know is that school staffers reminded their seniors recently that decorated graduation caps – a tradition enjoyed by millions of high school graduates across the country – will be limited to students headed to college or the military. Unless you are planning to overpay to learn about important subjects like oceanography and bowling industry management or dive into the military industrial complex to become a pawn for a government led by an outspoken racist, probable rapist, pathological liar, and tiny-handed braggart who talks about nuclear weapons as if they’re his personal artillery, then you are not worthy of making your graduation cap look cool. Though the no-cool-cap restriction has been in place for the past eight years, many North Side High students, and their parents, were shocked to learn about it only recently.

Most local schools allow graduates to emblaze an inspirational quotation or a mentor’s name in glitter atop their mortarboards. The North Side principal’s decision is telling a large group of students that they are “not valued,” said Dina Campos, the mother of a North Side High senior who is taking a few years off after graduation to travel and work before deciding if she’ll pursue college.

“Not all students are able to go to college,” she said. “Some don’t have [immigration] papers. Others can’t afford it.”

College is becoming increasingly unaffordable for lower- and middle-class Americans. Tuition rose by an annual rate of just under 2 percent between the 2016-17 and 2017-18 school years, outpacing the growth of financial aid, according to the nonprofit College Board. Last year, one year at a private college set back students an average of $34,740. Public colleges averaged $9,970. TCU boasts an average annual tuition rate of $46,860.

Though Martinez isn’t talking, the Fort Worth school district is. In an email, school district spokesperson Clint Bond confirmed North Side High’s policy regarding graduation caps. Campos and her daughter were among those who were unaware of the rule. Though the younger Campos started a petition to revoke the policy, Campos said Principal Martinez was not swayed by the effort.

There are lots of reasons why school leaders have banned decorated mortarboards. One is that policing the language is difficult. Another is that everyone looking the same just, well, it just looks nice. We respect those reasons and wouldn’t be second-guessing Martinez if he had issued an across-the-board ban of decorated mortarboards. He blew it by allowing only certain students the opportunity, thus creating an Us/Them mentality.

Bond said he is unaware of any other Fort Worth high school that limits cap decorations to only colleges and military branches. Bond said that more than half of the school district’s 2,000 or so graduates enrolled in college or some other form of higher ed in 2015, the most recent year for those records.

We applaud efforts to encourage students to pursue post-secondary education, but teenagers shouldn’t be shamed into going to college or joining the military. Worse, they shouldn’t be shamed for not going to college or joining the military. High school graduation ceremonies are not de facto branding events for schools or military branches. And the leader of a high school ought to have the gumption to explain his reasoning for dividing his studentry.