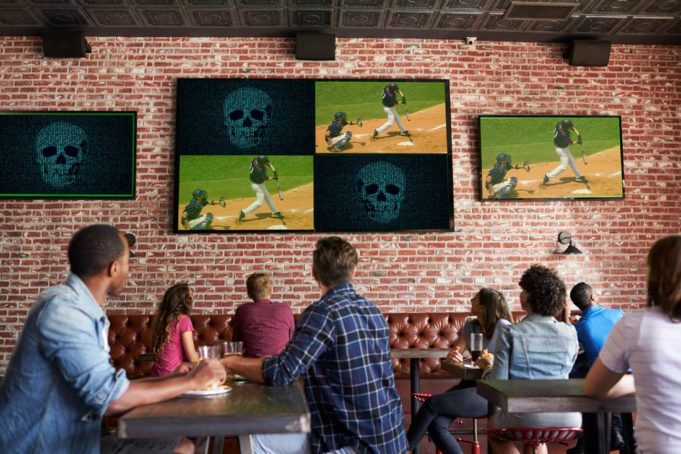 As I was posted up on my couch this weekend, angrily hitting remote control buttons to lift my mood after watching the Chicago Cubs drop a game to the Giants, I – like the Cubs – failed to win. Instead, I found CSI: Miami reruns and the mildly pornographic-sounding infomercial Dr. Ho Relieves Your Back Pain. Yet again, I contemplated why I shell out wads of money per month to DirecTV for options like these.

I’d break it off with my broadcast captors if it weren’t equally tough trying to watch out-of-town sports in bars these days. On a recent Sunday afternoon, a friend and I went downtown and swung into 3rd Street Bar & Grill (425 W 3rd St, 817-882-0514) where every square-inch of available wall space is covered with flat screens and projection TVs. Given that it’s summer, I figured the bar would have ample ballgames on as space filler, but 3rd Street doesn’t display any out-of-market baseball. As our very pleasant bartender commented, people don’t really go out to watch pro ball anymore, and the space is busier during the dinner hour and after the bar’s live music and dancing have ended. He’s right, but it’s not just fans of America’s pastime who don’t leave their homes anymore. It’s been evident for a while now: The sports bar concept is in its death throes.

Just a decade ago, there was still a successful formula at play for sports bars: Provide fast, friendly service on macrobrews, offer mediocre fried food, and license professional broadcasts. But in recent years, technological improvements and changing attitudes in the food and beverage industry have proven to be death by a thousand cuts for the joints that operated on that business model. Flat-screen TVs dropped in price and improved in quality, drinkers demanded better beer, wine, and cocktails options, and diners expected more than slurping soggy potato skins. Things for even worse for sports bars when satellite providers signed exclusive access to all of the major sports leagues and moved the bars’ customers back to waving foam fingers from their own recliners.

It wasn’t just small, locally owned sports bars that suffered. Back in 2017, shares of the Minneapolis-based sports-bar chain Buffalo Wild Wings had declined 20.9 percent compared to their peers in the retail-restaurant industry, which actually gained an average of 10.7 percent. In February 2018, Arby’s broke the Wild Wings freefall by buying them out.

Many of the remaining booze-based businesses with a sports theme took the Hooters pivot. In a crowded field of so-called “breastaurants,” Wild Pitch Sports Bar & Grill (4701 Citylake Blvd E, 817- 361-0084) in Southwest Fort Worth is a perfect example of this shift. While baseball is Wild Pitch’s theme, theoretically, be prepared to have your beer plopped down by a woman wearing lace panties who will probably fan on any conversation involving the designated hitter rule.

I personally don’t find lingerie-clad women a particularly compelling way to draw me to a bar, but I can’t begrudge owners struggling to find a new niche in a largely decimated industry.

Ideally, there would be other ways to re-engage the millions of people stuck paying bills to cable and satellite providers and persuade them to leave home for games. However, it may require a creative combination of elevated food menus, well-curated craft brews, handcrafted cocktails, or even an arcade or some interactive gaming. Perhaps it’s just a better idea to acknowledge that the heyday of the sports bar is, like a Mike Trout homerun, lonnng gone. Pour one out for the away team.