Wednesday 20 – Sara Bareilles’ Tony-nominated musical adaptation of Waitress (it lost to Hamilton, so an asterisk should go beside “nominated”) comes to Bass Hall this week, with songs like “She Used to Be Mine” fleshing out the story from Adrienne Shelly’s film about a pie-baking genius who’s stuck in an abusive marriage. The show runs thru Sun at 555 Commerce St, FW. Tickets are $44-115.50. Call 817-212-4280.

Thursday 21 – Empty Bowls is no longer just an annual fundraiser for Tarrant Area Food Bank, now that the Empty Bowls Chef Series is here. Prominent chefs drop in to give cooking demonstrations, and this year’s series kicks off with Central Market’s Monte Davis showing you how to prepare a Cajun meal with broiled oysters, crawfish, braised short rib, potato rösti, and other dishes for the season. The event is at 6pm at the TAFB Demonstration Kitchen, 2525 Cullen St, FW. Tickets are $75. Call 817-857-7100.

Friday 22 – The successes of the musical Dear Evan Hansen and the films La La Land and The Greatest Showman are inspiring theater troupes to unearth other musical plays with songs by Benj Pasek and Justin Paul. Onstage in Bedford opens the duo’s 2012 show Dogfight, about a group of Marines in the 1960s about to deploy to Vietnam. The show runs today thru Jul 15 at Trinity Arts Theater, 2819 Forest Ridge Dr, Bedford. Tickets are $15-20. Call 817-354-6444.

Saturday 23 – When you think about it, Prokofiev would be the one great composer who would write a suite of piano pieces called Sarcasms. The suite will be played by the veteran Russian music interpreter Dmitri Alexeev at PianoTexas, along with Scriabin’s Fantasy in B minor and four mazurkas by Chopin, pieces that are always a challenge for non-Polish pianists to play. The concert is at 7:30pm at Walsh Performing Arts Center, 2800 S University Dr, FW. Tickets are $15-30. Call 817-257-7602.

Sunday 24 – Usually, to see classical Chinese and Tibetan dance live, you have to go to Bass Hall and pay through the nose to see Shen Yun. This afternoon, however, you can head to the Kimbell Art Museum and see The Star Dance Group and Jasmine Dance Group perform examples of this ancient art form while wearing traditional costumes. The performance is at 2pm at 3333 Camp Bowie Blvd, FW. Admission is free. Call 817-332-8451.

Monday 25 – If you like swing dancing, you should definitely head to your local movie theater to check out Bandstand. Richard Oberacker and Robert Taylor’s musical about World War II veterans returning home and trying to readjust to their lives through music won a Tony Award for its choreography. The broadcast is at 7pm today and Jun 28 at various theaters. Check Calendar for show times. Tickets are $18. Call 818-761-6100.

Tuesday 26 – The Modern continues its Tuesday Evenings series this summer not with lecturers but with Japanese films to shed light on its Murakami exhibit. Tonight they show Sonatine, Takeshi Kitano’s visually striking, quiet, contemplative, insanely violent 1993 gangster movie, which takes its structure from classical music and helped make Kitano one of the most influential directors of the decade. The screening begins at 7pm at 3200 Darnell St, FW. Admission is free. Call 817-738-9215. 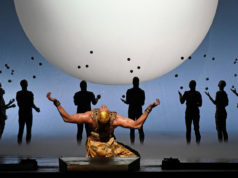