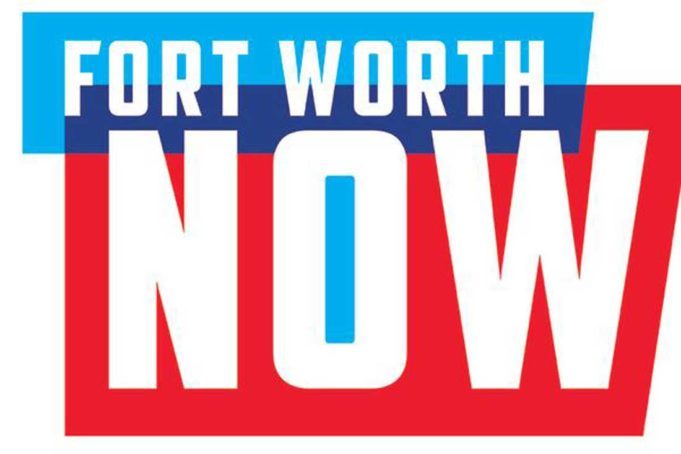 The math is pretty simple. As the oldest big city in North Texas, Dallas is the center of the universe. Denton is the tiny town with the long history of progressive, independent music. And Fort Worth? Well, we have “Cowboys and Culture.” Does that count for anything?

Only if it’s the 1970s all over again. Among North Texas locales for progressive, independent music, and the kinds of progressive to semi-progressive public policies that prefigure or at least don’t hamper all of that smart noise, of course Fort Worth is in third place.

But this would matter only if someone or something were keeping score. There’s no Hip City Ranker in the sky. Children are being torn from their parents at the border, the polar ice caps are melting, opioids are killing our friends and family members every minute of every day — surely, making music in North Texas is pretty cush by comparison.

And making music in Fort Worth is pretty tantalizing to Mayor Betsy Price and her cohorts at the visitors’ bureau and chamber of commerce. To them, it’s 2002 all over again.

I’m not talking about the year I started work at the Weekly, as momentous an occasion as that was. I mean the 2002 bestseller The Rise of the Creative Class, in which the controversial urbanist Richard Florida argued that more hipsters = mo’ money for local economies. The book became a map that pretty much every U.S. city and rinky-dink outpost attempted to follow to socioeconomic glory. To attract and keep all kinds of artists, a.k.a. the creative class, a.k.a. “hipsters,” he said cities must focus on the “three T’s” of life: technology, talent, and tolerance.

“Don’t waste money on stadiums and concert halls, or luring big companies with tax breaks, [Florida] told the world’s mayors,” The Guardian recently wrote. “Instead make your town a place where hipsters want to be, with a vibrant arts and music scene and a lively cafe culture.”

The urban revival that Florida raved about was already underway in lots of places, including Fort Worth. The years-long renovation effort that was Sundance Square had just started to crest, and Dallas developers had begun buying up real estate in the West 7th corridor. In my 16 years of covering Fort Worth’s cultural scene, City Hall never saw local, homegrown music as a selling point. The focus remained squarely on the local music-allergic Sundance Square and other family-friendly destinations like the Trinity River Vision, Trinity Trails, and that “multipurpose arena” that only the Bass family and stock show folks care about. City Hall tossed scraps to the fine arts. (Are orchestra musicians “local”?)

Then a study that said the Fort is lagging behind other, comparably sized cities in job creation and economic development came along.

And then Price and company, no doubt with dog-eared copies of the Creative Class in their back pockets, put the two seemingly disparate phenomena together and went to work. For 2018’s South by Southwest music festival and conference, her contingent launched an adorable campaign to sell Fort Worth to out-of-towners. The implied goal: to attract the young, talented, and upwardly mobile for a night in the Fort or maybe even longer. Like a lifetime. Set up in a warehouse near Austin’s convention center and anchored by performances of a predominantly C&W stripe (is that the “cowboys” or “culture” part?), Fort Worth Now can never be measured by the number of changed hearts and minds –– alas, these are data we may never know –– but the project did cost a cool $500,000 (from public and private sources). As I argued back then (“Fort Worth Now or Later?” Mar 21), that’s money that could have gone to establishing rolling microgrants for musicians and artists or founding a musicians’ benevolent society, stuff that can be measured somewhat empirically and that doesn’t commercialize, even if only accidentally, the grassroots music movement we have going on here and that we have had going on here since the early aughts. (I guess if your only source of local music news, reviews, and features was the politician- and Bass family-friendly Star-Telegram, you never would have known. But how ’bout that Taylor Swift? She sure is somethin’.)

To attract and/or keep the kind of Leon Bridges-listening populace that Price so obviously adores, forget Florida’s three T’s and focus on “JHT”: better jobs, better housing, and better (read: “some”) transportation. The people who found the buried treasure at the end of Florida’s map were — guess who! — old, rich (mostly) white (mostly) guys. The hipsters lured to the city centers were pushed out, with landlords jacking up rents (mostly on sub-par accommodations) in response to wildly fluctuating market values, and the suburbs became the new ghettos. To attract and/or keep the Leon lovers, how about, for starters, raising the minimum wage here? Though there’s no way to tell for sure, I’d bet that most local musicians — all across the world — work in the service industry. The flexible hours allow for rolling out of bed at 10:30-ish every morning and even going on short tours. Pay these hardworking cats a livable wage, and they’ll stay here and won’t stray from here. That’s because Fort Worth’s affordable housing market is on the upswing. In response to the lack of affordable housing within city limits, the Fort Worth housing authority started building its own apartment complexes quietly a couple of years ago. Twenty-five of them are scattered throughout town with five under construction, which brings up another way that Price et al. can improve the situation on the ground for our creative class, meaning the hipsters to come and, perhaps more importantly, the hipsters here now.

As much as we love the T, a few streetcars or train lines could do wonders for a city like Fort Worth, with its small, dense city center, handful of vibrant, outlying urban villages, and even hopping ’burbs like Alliance and Cityview. What we don’t need are more auto-centric ideas. Not everyone can afford a car and insurance, especially the working class.

“Fort Worth needs to add a lot of jobs, but we also need to have the vision to add those while not increasing our dependence on the automobile,” writes Fort Worthology author Kevin Buchanan. “Increased car dependency isn’t sustainable, either environmentally or economically — witness the billions poured into highway expansions that, due to induced demand, only wind up making traffic worse. Instead, to truly be a city for the 21st century, Fort Worth needs to change how it grows and develops and moves people around.”

And one last thing: Let’s lay off “Cowboys and Culture” a little — if only because there are probably 100-times more creative-class types here than occupational cowboys. Thanks.

Attracting and/or keeping hipsters may or may not help Fort Worth’s job-creation and economic-growth woes. It certainly didn’t hurt some of Richard Florida’s super-cities like New York, San Fran, and London. But more musically inclined bohemians living, playing, and working among us might help our third-place standing in the Local Music Wars (that don’t exist, and forget I even suggested such a thing). For you measurers of hand size, take heart in the fact that, while UNT and all of its liberal-elite ways aren’t going anywhere anytime soon, Fry Street has reportedly been corporatized. Leveling our aim at Denton is obvious. No. 2 is the best we Fort Worthians could ever hope for in the Local Music Wars (that still don’t exist, and would you stop it already!). No one’s knocking Big D off its rightful perch. But who cares. The Hip City Ranker in the sky is out to lunch at a vegan cafe until 2020. At least.