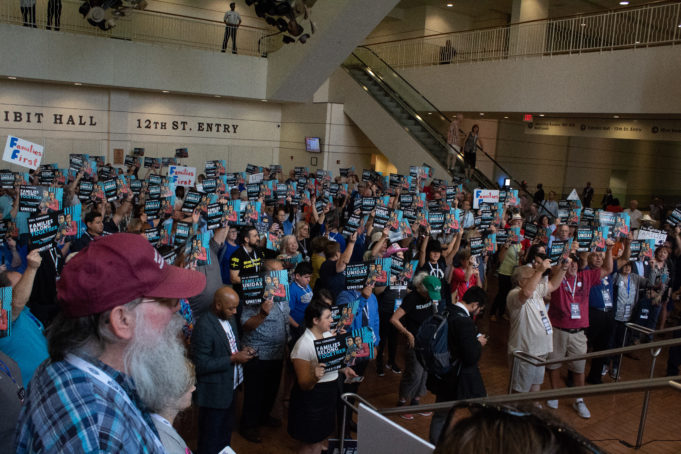 Chants of “Families belong together!” echoed throughout the lobby of the Fort Worth Convention Center yesterday morning as part of an event dubbed the “Families First Rally.”

The hundreds of Fort Worthians plus attendees of the Texas Democratic Convention (held in Fort Worth this weekend) gathered in support of thousands of migrant children, some reportedly younger than a year old, who have been separated from their parents at detention centers along the U.S.-Mexico border. Some of the children have been placed in cages under the Trump administration’s new “zero tolerance policy.”

“No child should ever have to cry like that for something we can avoid,” she said, referring to published recordings of detained children wailing. “We need to get back to the value of valuing every human being. Let me tell you, I have 42 years of public services. The one thing I always tried to do is deal with [people] in a fair, just, and professional manner.”

Congressman Marc Veasey opened by saying that “many voices” across political lines have publicly stated that “separating babies from mothers is wrong, immoral, and has to stop.

“The administration said they are ending this policy,” he continued, referring to a recent executive order signed by Trump. “But there are a lot of kids who [remain] separated from their families, and no one knows how they will be reunited. Until this administration comes up with a solid plan and presents it to the American public, we need to hold them accountable.”

“When I heard the cries of these children, I heard my own two daughters,” she said. “I imaged the heartbreak I would feel if my own children were separated from me. As an American, I was horrified that this was done in our name. I said, ‘No, not in our name.’ ”

Adia and most of the other speakers offered this advice: If you don’t like images of babies taken from mothers who are themselves fleeing violence or pictures of traumatized children held in cages, vote accordingly.

Pick up this week’s Weeklyon Wednesday for more. 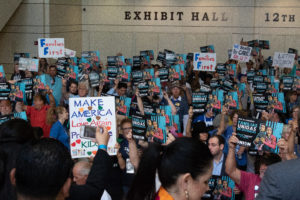 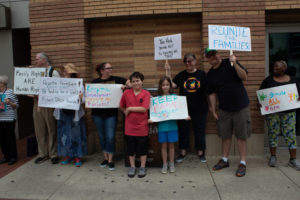 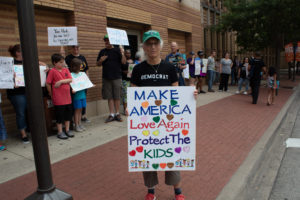