1) I’ve never been to the Dirty 30 (650 Exposition, Dallas), but I’ve heard good things. Don’t you hate intros like that? Sadly, sometimes they’re true and you just have to use them when you don’t have anything else to say or can’t be bothered to look up more information. Dirty 30 is a venue in Dallas, and on Friday night, Los Angeles punk band the Regrettes are headlining a show there. What I think about them is that while they can be marketed as a “riot grrrl” band, their music is still pretty accessible and definitely likeable. The other band, Sacramento, CA’s Destroy Boys also fit those descriptors; for a local comparison, they sound like a less-polished, bare-bones version of Rose Garden Funeral Party. I liked what I heard, but the most interesting thing about them to me is where they’re from, but’s that’s really just because I’m also from that part of the world, and I’d love to know whether or they not they think Sacramento Area and Central Valley to its south is cool or totally lame. Doors are at 7, tickets are $12. I’m guessing this show is 18+, because these bands are pretty young and if the venue didn’t let minors in, they’d be missing out on ticket sales. Anyway, here’s a song from the Regrettes:

2) MASS (1002 S Main) has a hip-hop show Friday night, featuring Naaman, BKNOW, DJ and producer Tony Schwa, and bassist Levi Prince. I had FB messenger conversation with local hip hop producer Tawaine Hall about how the scene would benefit from a dedicated hi- hop night, and he also pointed out that there are as many rappers and hip hop artists in Fort Worth as there are bands, but that nobody seems to know much about them. This article from May goes deeper into what he was talking about. In any case, here’s a good chance for fans to get acquainted with some local MCs. Doors are at 8, show starts at 9, it’s 18+, and cover is $10 in advance and $15 at the door. 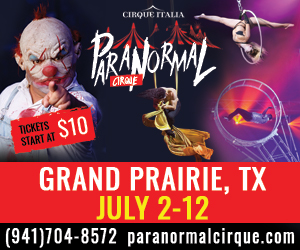 3) Lola’s (2736 6th St) Friday night show is headlined by Pinkish Black, so if you’re down to get your interior organs pummeled with their thunderously loud, ominously themed, synth-based doom pop, don’t miss their set, which shouldn’t be that hard to catch seeing as how they play last. Leading up to Pinkish Black are Humanization 4Tet, a jazz combo that includes the Dallas-famous Gonzalez brothers on bass and drums. Denton blues rock act Dim Locator opens the show. Cover is $10, doors are at 8, music starts at 9. This is a fairly recent Pinkish Black video, and by fairly, I mean it came out over a year ago:

4) Starting Saturday, Shipping and Receiving (201 S Calhoun), Dallas streetwear mecca Centre, and local event curation station Wizardvizion present Summerthon 3: Return of Summer, an all-day fest dedicated to scuzzy summer fun, which means 10 local acts, a famous one, and a big pool full of hose water and drunk people. Full disclosure: I’m part of the team putting this party on; hopefully that doesn’t put you off from going, because then you’d be missing out on a lineup stocked with what I think are the top of Local Band Mountain right now. Okay, maybe not Darth Vato (see the disclaimer at the bottom), but we want people to come to this thing all day, and that band still brings a few bodies in the door, which is why they’re (we’re) kicking the day off at 2pm with their (our) summer-pool-party-friendly white-boy reggae. Boy am I self-conscious about things today – it’s like I have a huge zit on my soul! But like I implied above, the rest of this bill is dope as hell, and honestly, I’m stoked to have assembled such a fine cast of local rock bands and rappers. The lineup looks like this: 2pm Darth Vato, 3pm J/O/E, 4pm War Party, 5pm The Bralettes, 6pm Steve Gnash, 7pm LOAFERS, 8pm Sub-Sahara, 9pm Duell, 10pm Juma Spears feat. Wrex, 11pm DJ Sober, followed by a rapper named Cocomo, who will warm up the crowd for legendary rapper Bun B. Just like the previous Summerthons, Summerthon 3’s main gimmick (besides live music) is an above-ground pool in the middle of Shipping’s biergarten, as well as a badass inflatable slide, smaller pools, Jello shots, and free sunscreen while supplies last. If you buy a ticket online, it’s only $25, otherwise admission is $25 at the door. I know that sounds kinda pricey, but Bun B is not to be missed, and local bands deserve to make money, too. Moreover, you’d probably spend that much at the movies on a Saturday night, but you can see Jurassic World 2: Dinosaurs Will Die! on Tuesday when most theaters run matinee prices all day. Sorry for the self-promotion, but this party is always tite as hell and we just want the first weekend of summer to be as awesome as possible. SALES PITCH OVER! COMMENCE BUN B VIDEO (feat. Drake):

5) The FW Weekly Music Awards Festival is on Sunday, in which 40 bands spread across eight Near Southside venues crank up their amps, laptops, and DI boxes to showcase the best local music of 2018. Music Editor Eric Griffey was kind enough to list and link all the bands by venue, so go here to plan your day or grab one of the glossy Music Awards Festival Guides that are tucked inside this week’s issue.

FULL DISCLOSURE/WRITER BIO ALERT: per editorial suggestion, in addition to writing about music and other shit for the FW Weekly, I am an investor in a venue/bar called Main at Southside, colloquially known as MASS. I also bartend at the Boiled Owl Tavern, a bar that also hosts shows a few times a month, as well as Off the Record, which is a bar/record store that hosts DJs several nights a week. Since I’m on the subject of warning you against what may be perceived as icky self-promotion and/or conflicts of interest, I play bass in the following bands: Son of Stan and Darth Vato. 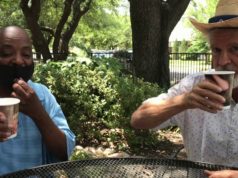