You can say that bluesy folksinger and occasional Weekly contributor Keegan McInroe has come a long way since the early aughts, when he fronted Catfish Whiskey, a jam band he started as a student at TCU. But really, it’s more accurate to say that he’s gone a long way. As a solo artist, the raspy-voiced songwriter has taken his wry lyrics and deft fingerpicking to Europe every year since 2012. This Wednesday, he’ll be returning from his 11th tour. Though McInroe is from Lubbock and more or less calls Fort Worth home, he spends between four and six months out of the year playing and traveling across the pond, which makes him something of a pro or at least an experienced old hand at knowing how to get around in a place where the town names are heavy on weird diacritic marks and skimpy on vowels. When I contacted him about his European Hangover show on Thursday with Matt Tedder and Jack Barksdale (who is also releasing a new EP called Revival), he was in Novi Sad, Serbia, making the most out of a sketchy Wi-Fi signal. I presume he answered the questions I sent him at some point between Amsterdam and Madrid. –– Steve Steward

Steward: You occasionally play with a backing band. How did the one you put together in Germany come about, and what did y’all play?

Most of the groups I’ve put together in Germany have been with the help of a harmonica-playing friend from Dresden, Florian Escherlor. We met at a music festival back in 2013 and have been putting together runs since. The main band we toured with for three weeks this summer featured bass, drums, lead guitar, Flo on harp, and me on electric and acoustic guitars. We leaned blues-heavy for our sets, playing a mix of both my original songs and covers of artists such as Mississippi John Hurt, J.J. Cale, Muddy Waters, Tom Waits, and so on. 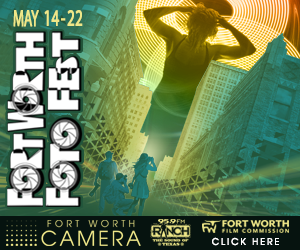 Traveling Europe as an American in the Second Year of the Trumpian Imperiad, what were your interactions with audiences and people in general like?

My interaction with audiences and people in general hasn’t changed. Unfortunately, America’s reputation around the world [began] sliding well before Trump. Probably that slide has accelerated somewhat since Trump’s election. The wilder and more outrageous things get, the more people begin paying attention and wanting to discuss what the hell is going on, on both sides of the Atlantic. My experience of European Trump-sentiment is more complex, diverse, and nuanced than I have room to speak to here, but there’s a hearty dose of confusion, hope, despair, amusement, and horror among the various European minds and hearts I’ve encountered.

When I’m in Europe, I go pretty hard. When I come back, there’s something like a hangover both physically and mentally from the fairly manic pace I keep there and in readjusting myself to the States after being plucked from the Old World and slam-bam back into the New. Any hangover, European or otherwise, which offers a particularly good Bloody Mary is by virtue in the running for the best kind of hangover. Any hangover that does not is in the running for the worst.

When are you going back?

There’s already festivals and club gigs booking for the full band around Germany from the end of April 2019 if not sooner. 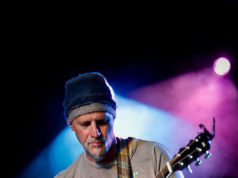