Coming off a season in which the Cowboys failed to put up more than 12 points in five of their last nine games (managing just 20 in another), a certain amount of suspicion about the team’s ability to score might have be justified going into this season. Add to this the exodus of two franchise all-time great receiving threats in Dez Bryant and Jason Witten, and the offense seemed all the more likely to struggle.

We listened to all of the front office’s excuses and justifications for failing to adequately address these glaring offensive holes. The pressure for quarterback Dak Prescott to please legacy players would be lifted, they said, by having a sideline free of the dominating personalities of Nos. 88 and 82 constantly in his ear. Jerry and Co. claimed to be going with a more Dak-friendly offense, which supposedly meant employing crisp route-runners who could achieve separation, if not notable stars. They traded for a new toy in gadget player Tavon Austin (ignoring the fact that one of the game’s brightest offensive minds, Sean McVay, couldn’t figure out how to use him in L.A.), who might finally persuade the notoriously predictable offensive braintrust in head coach Jason Garrett and coordinator Scott Linehan to actually open up the playbook a little.

Alas, so far, the 2018 offense looks remarkably worse than even the second half of 2017’s version. Prescott and the Cowboys have managed just 41 total points through the first three weeks. Compare this to the high-flying New Orleans Saints, who put up 43 in just this past Sunday’s game alone.

And there are fewer excuses. This year, the team has had their best weapon, Ezekiel Elliott, in their lineup, who was missing in many of last year’s poorer offensive outings. The offensive line, though understandably a shell of its former dominant self with the absence of perennial Pro-Bowl center Travis Frederick and with the addition of rookie Connor Williams at right guard, certainly hasn’t been much worse than most O-lines in the league. The coaching staff has shown flashes of creativity, using misdirection and play action to take advantage of Austin’s shiftiness and speed, at least showing some effort in mixing it up. This leads me to a painful question reluctantly posed by a friend: “Is Dak just trash?”

Let me start by saying that I love Dak Prescott. He says all the right things. There’s no denying his work ethic. He takes full accountability for his performance when it’s bad and unselfishly deflects accolades onto his teammates when it’s good. It’s obvious that he’s developing into the unquestioned leader of this young Cowboys team. I love Dak Prescott … as a person.

But through the three games this season, and it hurts me to say this, the undeniably likable third-year quarterback flat looks like he doesn’t belong in the NFL. With the exception of the Austin touchdown pass in the Giants game in Week 2 (which was a thing of beauty), Prescott’s game has been an unrecognizable horror of erratic, scattershot ball placement mixed with a frustrating lack of downfield vision and a paranoid shadow-fleeing anxiousness in the backfield. He seems unwilling or incapable of completing a pass more than seven yards beyond the line of scrimmage. Where once were fruitful clock-chewing drives into the red zone, there are now three-and-outs that evoke red-faced cussing fits in my living room.

So far this year, Prescott has averaged an embarrassing 166 passing yards per game (31st in the league), 5.7 yards per completion (32nd among starting QBs), and only three passes over 20 yards (30th in the league). He’s also deep in the bottom third of the league in touchdown passes, first downs, and quarterback rating. It’s all much more in line with the expectations of the fourth round pick that he was than of a former Rookie of the Year and MVP candidate.

“It’s only three games –– there’s a lot of football left,” you might say. It’s true. You can’t judge a QB on less than a quarter of a season. But this wild-eyed, gun-shy panic that’s replaced the stalwart and ever-present poise that was once Prescott’s calling card extends all the way back to the Falcons game in Week 10 of last year. In that game, Prescott was famously sacked eight times, six by the unremarkable Adrian Clayborn alone. Prescott must have suffered some irreparable damage in that game because, with the exception of brief moments where he somewhat resembles the first season and a half of his career, he looks like he’s headed to take his place in the long line of one-hit wonder QBs like Robert Griffin III and Colin Kaepernick. They burst upon the scene as the league’s next big stars only to quickly vanish into obscurity, with Griffin buried on the depth chart in Baltimore and Kaepernick out of the league entirely (which I’m sure has nothing to do with his controversial pre-game protests *cough*).

The upstart defense is doing its best to hold the Cowboys in games, but you won’t win many, regardless of giving up only 18 points (on average –– good enough for Top 10 in the league) if you can’t score more than 13 (which ranks 31st in the league). I won’t say I’m ready to throw dirt on Dak just yet, but I will admit I found myself googling “top QB prospects for 2019 NFL draft” this morning, which can’t be a good sign. 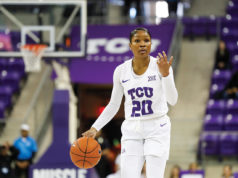