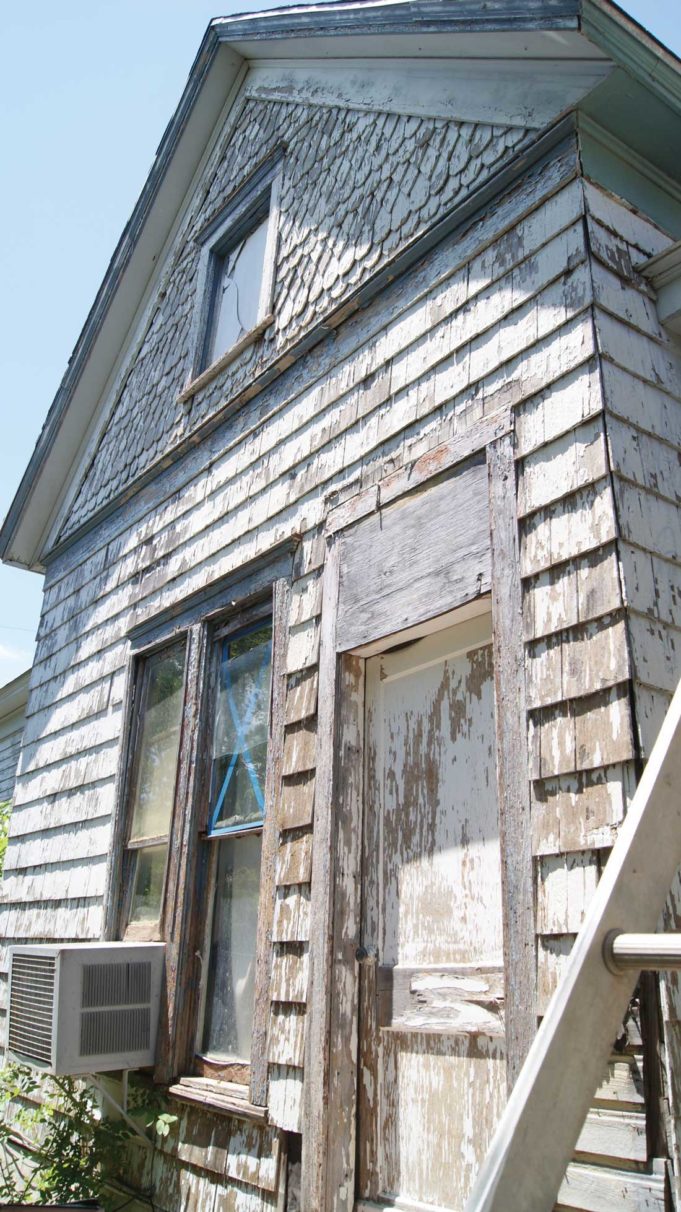 After five years of booking overnight stays and paranormal investigations at his Haunted Hill House in Mineral Wells, Phil Kirchhoff gave up the ghosts. He sold the place.

The nine specters that would speak through “spirit boxes” barely had time to register that “Phillip” was no longer among them when a spirited rivalry began between new owner Katherine Estes and Baker Hotel Ghost Walk entrepreneur Angela Morgan. Estes lives in Springtown and Morgan in Millsap, but both are cashing in on Mineral Wells’ haunted history. The town is in Palo Pinto and Parker counties, 50 miles west of Fort Worth.

Morgan, a loan officer at a Weatherford bank, said that when Estes added the same walking tour of local haunts to her bookings, Estes unfairly honed in on Morgan’s eight-year-long side gig. Estes said Morgan doesn’t have ownership of the Baker Hotel name and that ghost tours centered on the long-shuttered infamous hotel date back to the 1980s. Besides, as it stands now, Estes’ History Hunters Haunted Tours partnership with tour guide Shawna Blakney-Anderson is just for the Halloween season and maybe for a few special events thereafter.

While the women slug it out through voicemail messages and cryptically accusatory Facebook posts, the public, for now at least, can choose between two ghost walk tours that originate at the creepy hotel at 200 E. Hubbard St. The difference is that Blakney-Anderson’s 90-minute walking tour ends at Haunted Hill, where customers are given a room-by-room tour of the house. Not everyone wants to go in there, so some may prefer Morgan’s trek.

Estes said she has hired psychics and paranormal investigators to be stationed in rooms to speak with tour participants and demonstrate paranormal investigation equipment. Her husband Edward Estes mans a post in the kitchen to talk about the couple’s supernatural experiences in the home. The kitchen, by the way, is where I sat alone for a few minutes last year while spending an afternoon with Kirchhoff. I can attest that, yeah, stuff happens at Haunted Hill (“Five Bedrooms, Two Baths, Nine Spirits,” July 5, 2017).

Estes said that she and Edward bought Haunted Hill because she has long had an interest in such things, dating back to her childhood when she could see spirits and had dreams that foretold the deaths of family members. Built at 501 NE 1st St. in 1890, the two-story 2,840-square-foot house sits on 1.4 acres in the shadow of the Baker with a steep hill as a backdrop.

One of the spirits is supposedly that of a young boy named Joshua, who had Down syndrome and was the son of a prostitute who worked at the house when it was a brothel in the 1940s. The cause of the boy’s death is a mystery, according to Kirchhoff. Another child, a 9-year-old girl named Madeleine, is believed to have died on the front porch after being hit by a car. There is also Maddie, who was a prostitute at the brothel; a bootlegger named Tim; another spirit named Timmy; and three others that Kirchhoff wasn’t sure about.

Adding to Haunted Hill’s ambiance is a funeral parlor a block away. The home’s upper floor windows offer a view of caskets being unloaded, which is one of the reasons why Kirchhoff’s wife refused to accompany him on his weekend trips to supervise overnight bookings. The couple lives in Hurst.

The 14-story Baker is connected to Haunted Hill, in a way. Kirchhoff said that spirits from the hotel sometimes drift over to the ghost-infested former brothel up the street. Opened in the late 1920s, the hotel became a premier spa destination because of the area’s mineral springs. A host of Hollywood celebrities and big-name politicians stayed there, and ballroom dances were held during the Big Band era. But deaths also reportedly occurred there, including that of a little boy who fell victim to an elevator mishap and a woman who committed suicide by jumping off a balcony.

Kirchhoff bought Haunted Hill in 2013 with the intention of restoring and selling it. He said he didn’t know it was haunted until he had a yard sale to get rid of things the previous owner had mysteriously left behind, as if having fled in a hurry.

Instead of renovating, Kirchhoff began renting the place out to weekend thrill-seekers, but when the city grew concerned about public safety and began to lean on him to make repairs to the century-old house, he decided to sell. He said his wife was also urging him to spend more time at home.

The Palo Pinto Appraisal District lists the total market value of Haunted Hill at $33,170 –– up a few thousand from when Kirchhoff took ownership and started making repairs. Estes said that she and her husband had the house made level after buying it in May and did plumbing work and roof fixes. They also installed smoke detectors and emergency exit signs.

“We have passed inspection,” she said. “We’ve done everything that the fire marshal asked us to do.”

Overnight bookings for groups of 10 are $400. Guests have full access to the house from 8 p.m. until 10 a.m. Snacks and paranormal investigation equipment are provided, and guests are given a two-hour narrative tour. Estes said she also accepts weeknight bookings. Those go for $300.

Unlike Kirchhoff, who slept in a camper at the back of the property and never in the house, the Estes’ have at times slept inside Haunted Hill. Or tried to. Estes said the two were once awakened by a sign falling off the wall in another room and the voice of a child whispering in Edward’s ear. Estes said she grabbed a water gun and began squirting Holy Water, telling the unseen phantom to “get back, in the name of Jesus.” As the pair watched the bathroom door slowly swing open, Estes said she saw “a white demonic face with blue eyes.”

Dozens of people have allegedly been scratched at Haunted Hill. I apparently was one of them but didn’t feel it or realize it until six days later, when my hairstylist pointed out an angry-looking, jagged laceration on my scalp.

When I wrote about Haunted Hill last year, medium Michelle DePaul of Keller told me that was she was concerned about a growing malevolence at the house. She said she suspected that, unbeknownst to Kerchhoff and in violation of his rules, ouija boards may have been used by overnight guests.

A post by Estes on the Haunted Hill House Facebook page lists 817-884-7152 as the phone number for bookings.

“Always call me directly,” the post states, “and verify any time so you aren’t taken advantage of by phony companies.”