Those of us who work in the newspaper business, even the ones who just dabble in it, like me, tend to romanticize the profession’s past. We remember when every town had a newspaper of record, sometimes more than one. Smaller niche papers served individual constituencies. Kids had paper routes, crusading journalists pounded away on typewriters scrambling to meet deadlines, and intrepid editorial departments shaped public opinion.

Present-day newspapermen and women lament the substitution of social media and mobile phones for resource-intensive journalism and massive printing press runs. Were the old days really better? Are modern methods of information dissemination really worse? I lean toward the idea that change is inevitable and adapting beats kvetching, but that does not imply that your father’s newspaper industry doesn’t hold a certain appeal.

I experienced a wave of such nostalgia during a visit to Pendleton, Oregon last week. A project about former Dallas Cowboy Bob Lilly took me there. Lilly played high school football there and graduated from Pendleton High School in 1957. Blogs, selfies, and Instagram posts were scarce then, so we needed another way to gather information and images for the project. Into the breach stepped the East Oregonian newspaper.

The East Oregonian’s parent company publishes newspapers in a number of regions near Pendleton. The EO itself started in 1875 and we got to visit its vault. There is literally a vault in the vault, and I didn’t muster up the courage to open it. 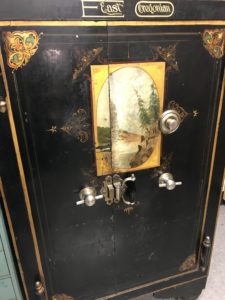 What my colleagues and I did get to do was peruse the shelves full of bound editions of past dailies. The oldest binders date to the 1870s. The ones that interested us the most came from the summer and fall of 1956, shortly after Lilly’s family relocated from Throckmorton to the Pacific Northwest, through mid-1957, when he would return to Texas to attend TCU.

As in most smaller towns, local high school athletics featured prominently in the sports coverage. The local coverage was certainly a boon for us. However, they reported all the stories of national interest as well. Names like Wilt Chamberlain (the East Oregonian documented his Kansas team’s loss to the North Carolina Tar Heels in the 1957 NCAA finals), Ken Rosewall (who upset Lew Hoad in the U.S. Open tennis final), and Herb Score (who won 20 games for the Indians in 1956) dotted the well-preserved newsprint. Of special interest to me was the fate of boxer Bobo Olson, whose unexpected retirement caused the cancellation of a middleweight bout in Portland.

We got to follow Lilly’s PHS sports journey as the Buckaroos made the state semis in football and the state tournament in basketball. The language nuances of the time made for fascinating reading. “Hermiston Grid Team,” with “grid” short for “gridiron;” The Kennewick Lions losing to the Bucks despite having “passed them dizzy in the last two periods;” “Pendleton, La Grande Elevens” tying in a conference game;” Pasco defeating the Buckaroos to “end victory skein;” Basketball teams referred to as “quintets;” Expect to see me work some of this delicious vintage verbiage into future columns.

I spotted a couple of other examples of wordplay unlikely to repeat themselves in this week’s edition of the Fort Worth Weekly: A then-innocent synonym for “detective” worked its way into this headline: “Uncle Sam’s TV Dicks Check Shady Ads.” And Penney’s advertised its new spring offerings as “Gay Dress Fashions,” phraseology the company would likely consider unfashionable today.

We could have spent all evening looking at the advertisements. You could drive a 1953 Packard purchased from the local Buick dealership for $795. You could “tell the world you know great Kentucky bourbon” by picking up a quart of Old Hermitage for $4.35. “Chewing aids digestion” claimed the Wrigley’s gum ad on page 1F.

We even saw an ad for newspapers themselves. It boasted “no other medium brings the people the full story.” 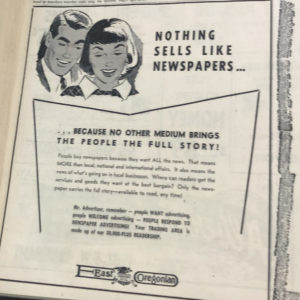 Was that true? Did the ink-stained writers, editors, and publishers of old present complete details in a fully neutral fashion (if that’s even possible)? Did they indulge their own conscious and unconscious biases for decades before Fox News, MSNBC, and CNN made it an issue de jour? Perhaps so, but that doesn’t mean they didn’t provide a lot of value to their communities. The work they did then continues to contribute to bringing stories to people today, including for football researchers like me.

Ironically, I’m writing this piece for a blog. Even though the Fort Worth Weekly is a newspaper (a really good one, too, just sayin’), this article will never see paper, unless you use your printer to make copies for everyone in your office (not the worst idea). But no matter what medium you choose to view it on, a good story is still a good story. I’d like to think those of us who make our careers in the media space, including whatever newspapers end up becoming, will never grow tired of storytelling. 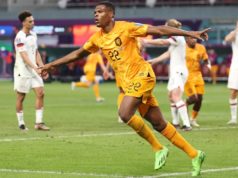