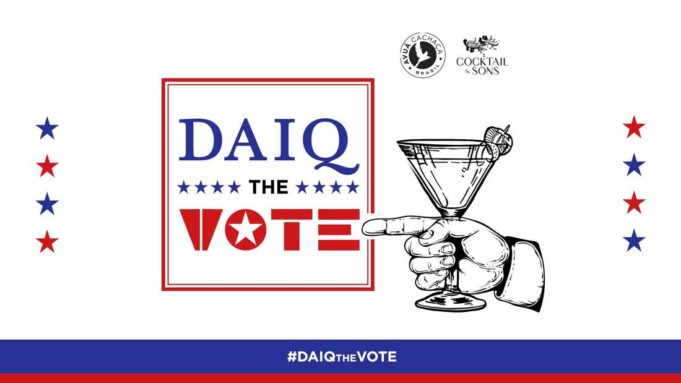 Turnout in next Tuesday’s midterm election promises to be big. Well, not big, exactly. It’s a midterm, and that generally means that 60 percent of Americans won’t show up to the polls, even with two weeks of early voting and intense, around-the-clock cajoling from social media, television, and that one campaign staffer who keeps texting me to make sure they can count on my vote. But the political landscape is increasingly tribal, the rhetoric around this election is divisive, and one of the most polarizing men to hold elected office sits in the White House, so people are motivated and vocal. And beyond those crucial choices in the booth, we have some decisions to make about where to watch the returns come in.

Sure, you could watch the election results at home, but nobody there needs to hear you scream at Wolf Blitzer before you hurl your LaCroix at the screen. Wouldn’t a half-drunk crowd screaming along with you be better? Wouldn’t bourbon? The last two years have been enough to make most of us need a stiff drink, and I propose that election night, for reasons firmly grounded in history, is the perfect night to do just that.

For more than a century, until rudely interrupted by the 18th Amendment, election days were festivals of drunkenness. Tradition demanded that candidates entice voters to the polls with open barrels of liquor, expecting some return for this generosity. Polling sites were often in saloons, and when clearer heads prevailed and voting moved to other public buildings, booze was delivered there, too.

While such shenanigans are now illegal, there are one or two civic-minded places offering inexpensive opportunities to raise a glass to freedom – go ahead, sing it: I’ll wait – and to share the moment safe in a cocoon of likeminded people from your side of the “unfollow” button.

If Ted Cruz & Co. make you feel warm and fuzzy, then you can party with the Young Republicans and TCU for Life at Landmark Bar & Kitchen in the West 7th corridor at 6pm. State Senator Konni Burton is also hosting a watch party at Stockyards Station. She promises that the event is “kid friendly” and that they will serve dessert –– so if you opt for this, you might want to bring a flask.

If Beto O’Rourke’s recent senate run has you energized, you might want to check out the election night shindig for Vanessa Adia, who is running for U.S. congress, at T&P Tavern downtown. Admission is free, and food and drink will be available for purchase.

But for those of us who prefer a more, um, relaxed setting, The Chat Room Pub on West Magnolia Avenue will be returning to the tradition of free liquor on election night. At their “Daiq the Vote” event, if you show up wearing a sticker (they prefer it to say “I voted,” but pesky laws get in the way of trading drinks for votes, so any sticker will do), you’ll receive a snack-size daiquiri. Sure, the crowd at the Chat trends left, but owner Brad Hensarling stresses that this event is about participation in democracy, civic duties, and spirits and, maybe, if we’re lucky, about healing some of our divisions over something we can all agree on –– elections are best served the way they have been for centuries: drunk.