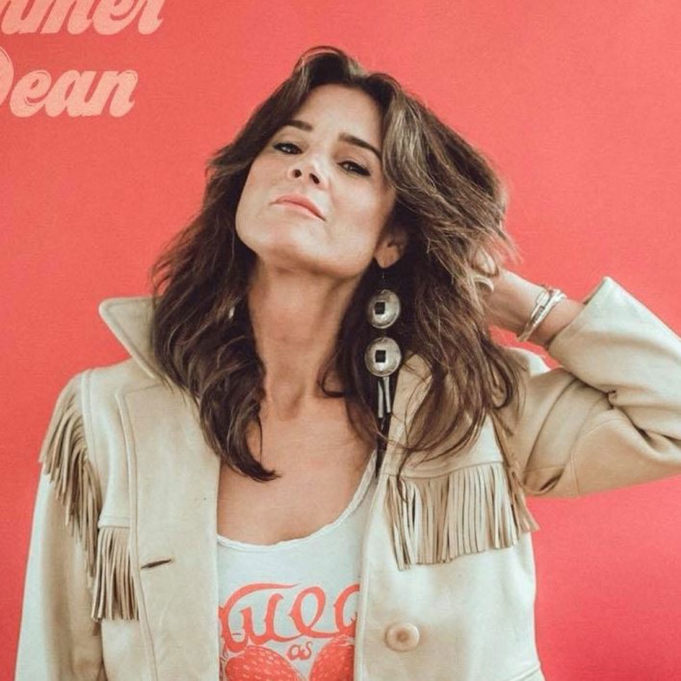 The way Dean tells it, Ameripolitan is a roots-based genre, taking its stylistic cues from the era between country and Western’s mid-century greats and the gritty realism of the Bakersfield sound, with a heavy dose of the outlaw era’s ’70s heyday. Put another way, Ameripolitan draws its influence from the period between Buck Owens and year 1984’s “All My Rowdy Friends Are Coming Over Tonight.” The name itself was coined by Austin-based country legend Dale Watson as a way for current country artists making traditional roots-influenced music to separate themselves from the styles manufactured by the mainstream country-pop industry. Ameripolitan officially became a thing in 2014, when it held its first awards event in Austin.

Dean said the Ameripolitan scene “gets bigger every year, and that’s helped me find my tribe of people. You know that Blind Melon video with the girl who’s dressed like a bee? She’s like, ‘Where am I?’ the whole time, doesn’t fit in with anyone, and finally at the end she finds those other bees? That’s what I feel like when I go to Ameripolitan events.”

The 2019 Ameripolitan Awards will be held in Memphis at the Guest House at the Graceland Theater in February, and they fall into 10 categories, four of which are stylistic-based and broken into male, female, and group: Honky Tonk, Outlaw, Rockabilly, and Western Swing. Dean is nominated for the Ameripolitan Outlaw Female Award, though she admits that she doesn’t exactly know what qualifies her as “Outlaw.”

“I’m a single Christian woman with a cat,” she said laughing. “I’ve never been arrested, never killed anyone. But I think ‘outlaw’ can mean a lot of things. It started as a sound with Willie and Waylon in the ’60s, but I think right now, some people think it’s a look, like right now it’s kind of a biker look or it’s an attitude like Waylon Jennings’ ‘damn the man’ thing. But I guess if I was going fit myself into Outlaw Country, maybe it’s because I don’t fit the norm of a country singer. But then to other people, I’m incredibly normal. So I don’t even know. I think it’s a state of mind.”

Dean did name her first EP Unladylike, and even if she never covered a Patsy Cline or a Merle Haggard song or two (which she does), you’d hear her affinity for them in the dusty shuffle of her slow-to-mid-tempo tales of heartbreak and self-reflection, plied in her husky, weary voice –– a sound that leans into her band’s pedal steel and Telecaster twang like a person melting into a bar top after a long week. I pointed out that even if she might not look like an outlaw biker, she did have fringe hanging from the sleeves of her leather jacket.

“Yeah, whatever that means,” she chuckled. “Categories are a moving target. Ameripolitan is less about the term. I think Dale just called it that so nobody would confuse it with what people think country is right now.”

But once you hear her voice, there’s no mistaking where Dean is coming from. “I mean, listen to me,” she said. “I open my mouth, and my boots fall out. Like, the music I make is going be country AF. I know no matter what I do, it’s going be country, whatever the heck that means.”