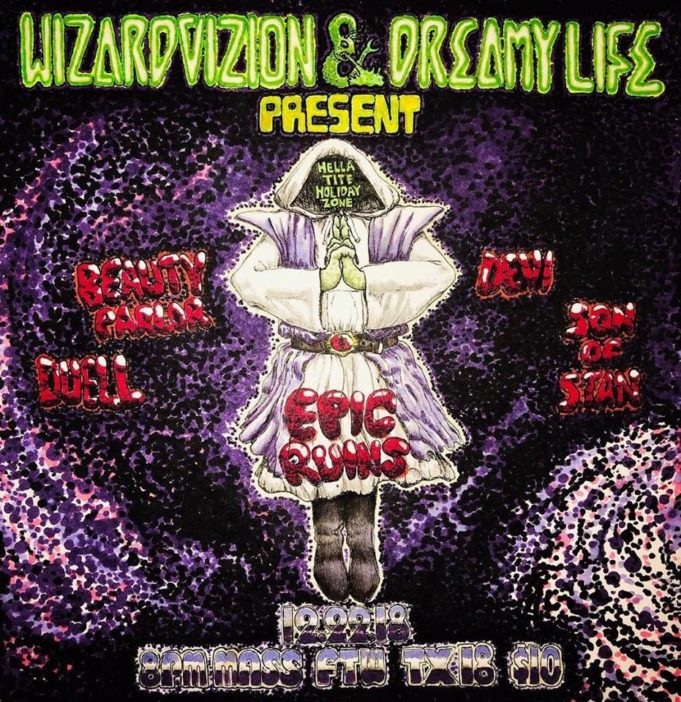 2) Also on Wednesday: Lola’s Christmas Party feat. Fatt Cheddar, aka Matt Tedder and friends. This is Lola’s annual employee/service industry holiday bash, so expect to see a lot of area bartenders gulping shots as if there were a trophy on the line. Get to the bad part, right? Lola’s is located at 2736 6th St, and this show is free to attend. Wanna see a YouTube video of Fatt Cheddar? WISH GRANTED:

3) Fort Worth native Peter More is playing a homecoming show at Shipping and Receiving on Friday night, and apart from his hooky, soulful pop rock which is enjoyable in its own right, he is perhaps better known for his association with Steely Dan’s Donald Fagen, who produced More’s latest album, Beautiful Disrepair. Apparently, this is the only non-Steely Dan record Fagen has produced (besides the late, great Walter Becker’s 1994 solo record), and that’s an interesting fact. New band Gone City opens the show. Doors are at 8, music starts at 9:30, show is 21+, cover is $12 at the door. This is the video for “Beautiful Disrepair.”

4) Folky songwriter Summer Lane Emerson has a show at Fort Worth Live (306 Houston St) on Friday night from 8 to 10pm; she’s having throat surgery soon, so this will be her last show for a while, and she could really use your support. Not sure what the cover is, but I am sure it is an affordable amount of money. Here’s Summer strummin’ and sangin’ at Fort Worth Live back in September:

5) Saturday at MASS (1002 S Main), WIZARDVIZION and Dreamy Life are putting on Hella Tite Holiday Zone, a five-band bill starring two newish acts, two established mainstays, and one super group that hasn’t played in four years. Beauty Parlor, the new band from ex-Fungi Girls Jacob Bruce and Deryck Barrera (plus Riley Pennock on drums, and a guitar player and a keyboardist I don’t know), opens the show at 8pm, followed by a set by electro pop chanteuse Devi, then Duell, then Son of Stan, and finally, Epic Ruins. FULL DISCLOSURE: I’m in those last two bands, but per the usual when I make that proclamation, don’t hold that against them. This Epic Ruins lineup features Son of Stan’s Jordan Richardson on drums and vox, Quaker City Night Hawks’ Sam Anderson on vox on guitars, Justin Pate (he’s played with a ton of venerated musicians, including an American Idol contestant, Ben Harper, and a Beatle) on keys, Leon Bridges and Niles City session dude Drew Skates on guitar and keys, Jeff Dazey (Leon Bridges, Nathanial Rateliff, Texas Gentlemen, JJ Grey, etc.) on sax, and myself on bass. Doors are at 7, show is 18+, and cover is $10. Here’s Epic Ruins playing at the Satellite in Silverlake eight years ago. Time really flies, doesn’t it?