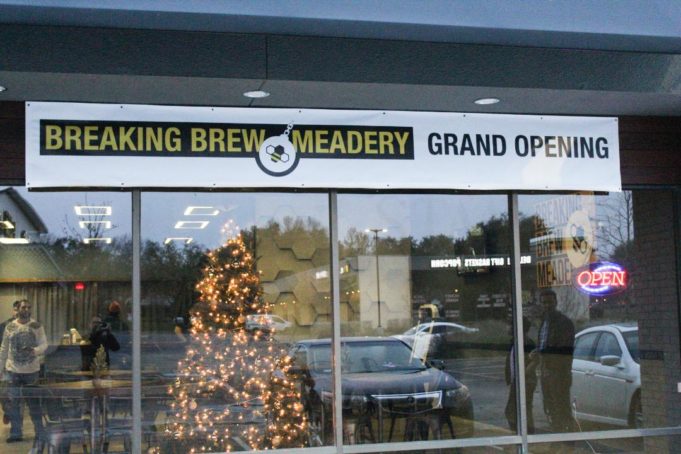 I’ll skip the perfunctory quips about vikings and ancient drinks (for now). What’s far more interesting to me is the dearth of mead among the ample offerings of craft beer and cider in North Texas. I’m probably part of the problem, having stumbled upon Breaking Brew Meadery after Googling “breweries near Lewisville.” 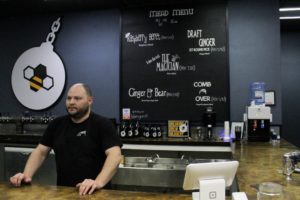 Breaking Brew Meadery cohabits an unassuming strip mall in Farmers Branch. My guests and I recently stopped by to find a cozy, dimly-lit space and a friendly bartender/co-owner, Blake Gordon. The menu included six meads, all fermented by Gordon. We took turns sipping small pours of Draft Ginger, Raspberry Beret, The Magician, Ginger Bear, Comb Over (hopped grapefruit), and a jalapeño mead. The pours were light in body, adventurous in flavor, and slightly fizzy. Homemade mead, still the primary source of the underrepresented adult beverage for most of us, is typically high in alcohol and syrupy. Gordon’s vast beer brewing acumen comes through in his honeyed creations. His mildly sweet meads are gluten-free and have a body and flavor profile that’s not far off from that of ciders and beers.

Part of the reason for mead’s exit from the world stage over the past few centuries is due, in part, to changing climate and evolving farming practices, Gordon said. As wineries moved south to follow warmer climates, so did the bees and their honey. Over the past 1,000 years or so, honey, once plentiful across Europe, became increasingly the domain of wealthy landowners. In short, Western Culture lost touch with mead for the simple fact that grain became a cheaper source for fermenting sugar into alcohol.

Gordon sources his honey from Walker Honey Farm in Rogers, Texas. I was impressed that Gordon’s meads didn’t come off as mere variations off honey. Only The Magician tasted like traditional mead. After 1,000 years, mead is finally ready to be reinvented. And re-appreciated.

From Tin Panther: Come celebrate our first year while ringing in 2019 with us like it’s 1929! Featuring DJ sets with Jessie Jean Phonograph DJ and DJs Sam Ramirez and LuLu!

Free champagne for midnight toast and NO COVER! 1920’s Party attire is encouraged! Let us thank you for a fantastic first year at the Tin Panther! Visit the event page here.