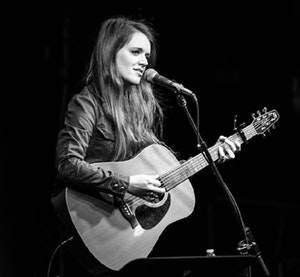 1) Start your show-going weekend off on Thursday at Three Links (2704 Elm, Dallas) with New Fumes, Plandroid, and Grand Commander, an indie funk solo artist from Austin. That sounds pretty cool, right? You know what does not sound cool? The Boomer-aged man sitting near me at Starbucks who is reading the newspaper out loud to another Boomer-aged man. While I actually agree with their points of view (they’re of the mind Paul Manafort committed treason, and you know what is supposed to happen to traitors), their conversation is as distracting as it is interminable. Before that, ol’ dude was reading passages from a book called Sons of Freedom out loud to his friend for the better part of an hour, and if you are not stoked to have read about this moment in time yourself, imagine what it was like to experience it person. Anyway, cover for the 18+ show is $10, and doors open at 8, with music starting at 9. I wanted to post a video for Grand Commander, but YouTube really wants me to know about a new Jeep—like it won’t leave me along about it—so here’s a video about the 2019 Jeep Grand Commander. Sorry music fans, you’ll just have to see Grand Commander in person:

2) Did you know that 8,000 Tarrant County men died in the trenches of WWI? I didn’t either, at least until I was impressed into listening in on the conversation between the two old guys in item 1, when the first one was wandering through the chapters of Sons of Freedom. Boy am I easily distracted by ambient conversations, especially when they are delivered in chuckling, quavery paw paw voice! You may wonder why I am fixating on this experience, and the answer at the top of my response pile is that perhaps I fear being an old man myself, one who, in the process of just having a nice morning talking to his pal over coffee and the paper, unwittingly bores into the consciousness of some unreasonably irritable dickhead a couple seats over from him who is himself trying his darndest to create Internet content, and fervently wishes they had a room at Ridglea Country Club or wherever to pore and chortle about whatever else it is they enjoy poring over and chortling about. Anyway, if you want to wrap your brain around something other than the second-hand opinions about the international skullduggery of people like Natalia Veselnitskaya and Paul Manafort or the percentage of foreign-born and freed-slave troops in the Union army during the Civil war, I highly suggest going to MASS (1002 S Main) Thursday night, because jazz prog wizards Yaz Mean are on a bill that also includes Tom Boil (a Tulsa-based post-punk band), Plastic Psalms (also a punk band from Tulsa), and locals Annie Void. If you’re into Billy Cobham, musicianship, Same Brain, or FOGG, you will be doing yourself a favor to check them out. Show is 18+, cover is $7, door is at 8, music is at 9. Here’s a video of Yaz Mean at the Texas Theater from November. I WAS THERE! IT WAS AWESOME!

3) One more for Thursday, and it’s totally self-promotional: Wizardvizion DJ Nite at Off The Record (715 Magnolia). It’s me and Jordan Richardson playing vinyl. Funk, reggae, bossa nova, King Crimson, and ’80s buddy comedy action movie soundtracks (like A Fine Mess and Conan the Barbarian) bump up against each other like a costume party where everyone smells weird if you’re on psychedelic drugs. Free, 21+. Here’s the trailer for A Fine Mess:

5) Sunday night, there’s a Laugh Your MASS Off comedy show at, um MASS (1002 S Main). Alex Price is the headliner, and, per his bio, he is 6’9 and from Indiana, so maybe he knows Monna, who is also from Indiana. Isn’t that how that works? Monna is one of the local jokers opening the show, along with John L. Brown and Tom Smith. Show starts at 9, and it’s free, but be a good person and support art with a cash donation. Here’s a video of a podcast recording starring Alex Price. You’ll have to imagine his enormous frame hulking out of an office chair, towering over a microphone: