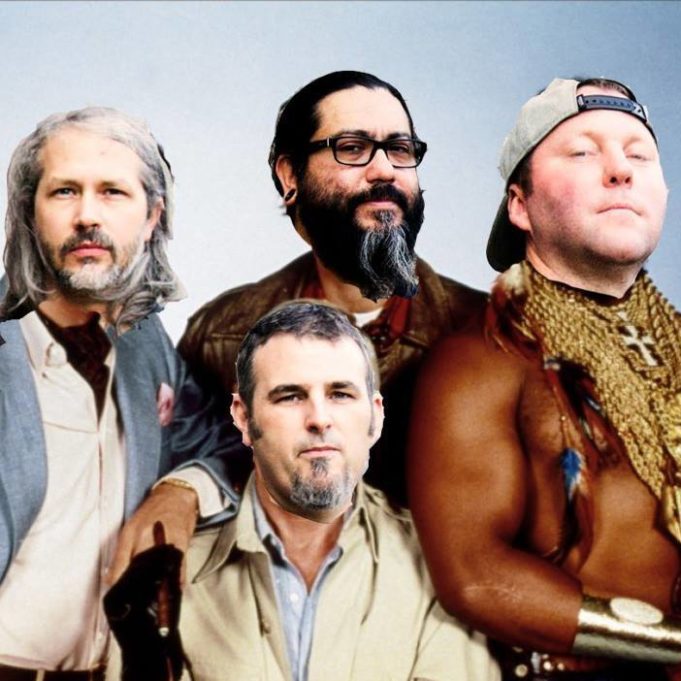 1) Tonight (Thursday) at the Granada Theater (in Dallas), Toro y Moi – the album-oriented nom de guerre for songwriter/producer Bear, who used to go by Chaz Budnick, an actual name that already sounded like it was invented-for-showbiz – will fill the venue’s cavernous environs with their chill, wavy, vaporous vibe. If only there were a specific name for this type of music! Anyway, Toro y Moi are dancey, and sexy, and their latest album, Outer Peace, is as groovy as ever, built on Bear’s tasty production chops that dabble in low-fi sample experimentation, shiny house beat references like the kind you’d hear in mid-aughts hotel lobbies (think waiting to check in at ZaZa in like 2004), and gooey, memorable basslines. Ah dang. Looks like it’s sold out. Maybe you know someone whose girlfriend broke up with him and is stuck with an extra ticket. If you score one, the doors are at 7, and the show is at 8. But since you probably can’t go, there’s karaoke at Lola’s (2736 6th St), and that’s always a blast. Here’s Toro y Moi’s current single’s OFFICIAL VIDEO:

2) MASS has three notable shows this weekend, so I’m gonna pack two into one listing, though neither are actual band things, though the first, Altercation Road Stories, is at least band-related. Altercation Road Stories is kind of a stand-up comedy thing, but in practice it’s three seasoned band dudes – Riverboat Gamblers singer Mike Wiebe, various-punk-bands-turned-stand-up-comic JT Habersaat, and Kyle Shutt, guitarist for the Sword – getting on stage and barfing up true tales of rock ’n roll misadventure. Outlaw country artist Dirty Charley opens the show. That’s on Friday, and on Saturday, there’s the first episode of Riffamania, the wrestling-inspired, insult comedy throwdown that, against most expectations, captivated a surprisingly robust audience for the pilot episode back in November, perhaps because it actually ended up being funny, but just as likely because audiences love to yell and boo at people on stage and don’t normally get to. Either way, Riffamania looks to be here to stay, and it’s gonna be funny as hell. Doors for Altercation Road Stories, which is 21+, are at 6, and the stories start at 7; cover is $7. Riffamania is 18+, doors are at 9, and the ticketing website says it’s free, so [SHRUGGING SHOULDERS EMOJI]. Here’s the FW Weekly’s Toast and Jam segment about it:

3.) Wanna know what the Arlington Music Scene™ is like? From my interview with Svenny Baby back in the fall, those guys made it sound like it revolved around a place called the Treehouse (215 E Front St, Arlingfun) and a creative collective called the UTA Football Team that endeavors to foment culture and fun at UTA. Anyway, here’s the lineup: 9pm COSMOS, 10pm Meach Pango, 11pm Cherry Mantis, and Mean Motor Scooter at midnight. All-ages, cover is $5. Meach Pango has a song called “Cuck,” and this is the video:

4.) Oh hey, the Dangits are playing on Friday night, too, along with a punk/metal band called Hoof at the Ozzie Rabbit Lodge (6463 E Lancaster). Shit gonna be loud! 21+, show starts at 10, not sure about the cover. Probably free? Here’s why the Dangits rule: