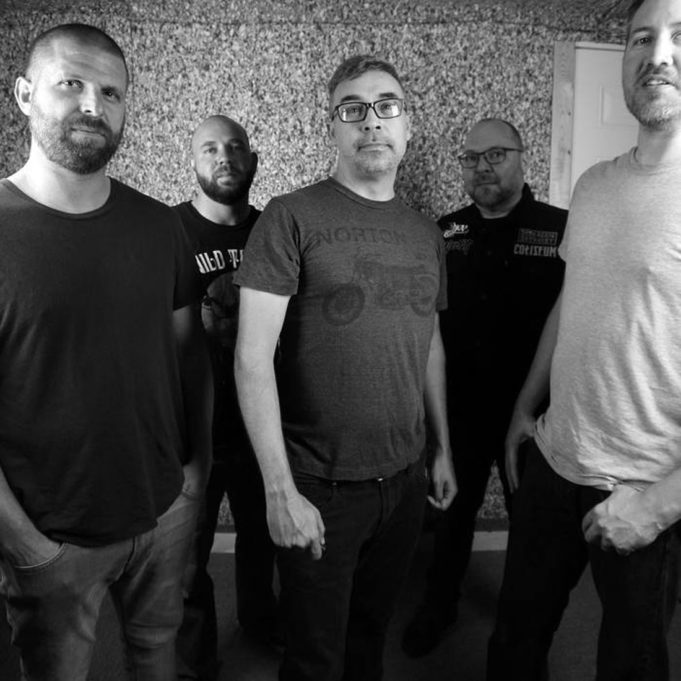 The story of the phoenix is most certainly cliché, but seeing as how people still show up en masse for cover bands, it’s always safe to stick to the classics. As it relates to music, I’d say the simile of the phoenix is most useful in two cases: when a celebrated musician overcomes a career-crippling addiction or beats some personal demon and (here it comes) rises from the ashes to debut a new project or, more commonly and less dramatically, when a new band (here it comes again) rises from the ashes of one or more older groups that dissolved for whatever reasons. Local heavy metal quintet Dagger Club fits into the latter category, having coalesced from the remnants of four previous acts across two different lineups to shake the pallid dust of the past from its wings and soar, screaming into the sky. Or at least load into Lola’s or the Ridglea Room and stomp across its stage.

Dagger Club’s phoenix-esque reincarnation has been a slow burn. I talked to bassist and founding member Doug McGrath about his band’s genesis, and he told me that it came from him jamming with vocalist Peter Thomas, who each had been in late-’90s North Texas metal bands that had gotten a taste of major-label success before dying out in the early 2000s: South FM in McGrath’s case and Slow Roosevelt in Thomas’. If you talk to a local metalhead who fits in the Gen-X age range, those bands will likely ring a bell, as will another one, A Dozen Furies, from which McGrath and Thomas recruited drummer Mike Miller and guitarist Joey Turner.

Dagger Club, featuring the McGrath-Miller-Thomas-Turner lineup, came together in 2014 and lasted for a year until Turner and Miller decided they didn’t want to do it anymore. In the meantime, Thomas had been feeling out songs with members of the by-then-defunct groove metal band Southern Train Gypsy: guitarists Brian Hoover and Travis Knight and drummer Daniel McKaye. Long story shortened, Dagger Club announced its return with its new lineup featuring Hoover, Knight, McGrath, McKay, and Thomas in 2017. The guys finally hit the stage at the Ridglea Room for their first gig in May 2018.

So, really, Dagger Club’s edited phoenix saga is that they arose as a new bird that burned up again before it could really take flight, then hunkered down into the ashes until it could regrow its wings. At present, I’d say the band is flapping them, testing its wings in the form of a new single called “Sweep the Leg.”

Available for listening on Dagger Club’s Bandcamp page , the song is a slab of heavy-metal crunch and swamp-creature riffage honed into an edge by Thomas’ melodic scream, a fierce tenor that reminds me of the dude from Filter, if Filter had more in common with Pantera. McGrath said the tune is going to be part of either a five-song EP or a full-length, but they put it up on the internet to give fans a taste of the new lineup.

I wouldn’t say the song is a throwback to an earlier era, but it does make me nostalgic for when venues like the Curtain Club (RIP) and the Ridglea Theater would have a line down the block on the reg of people queuing up to bang their heads along with a cavalcade of heavy bands. Perhaps that era will experience its own rebirth, in which case, I’ll be happy to trot out the story of the phoenix once again.