Famed rock ‘n’ roll portrait artist Kate Simon — featured in this week’s cover story by Eric Griffey — was telling me how much she prefers using film rather than digital cameras while we were sitting in a private room at Fort Works Art earlier this evening. The analog process is more exacting and time-consuming but provides more warmth, contrast, and clarity, she said.

“I’ve had the same silver gelatin printer — who printed all the prints in this show — for the last 40 years,” Simon said.

She confessed to owning one digital camera.

“I don’t find it very gratifying,” she said. “It’s too fast and too automated.” 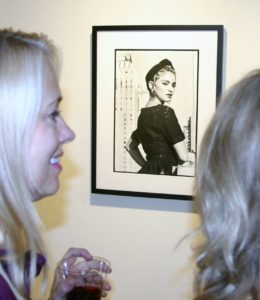 That’s when I asked to take her portrait using my slow and outdated digital Canon Rebel with the set-flash attachment almost guaranteed to provide harsh and unflattering lighting.

Simon prefers being the shooter, not the poser. Certainly my cheap camera and general laid-back demeanor weren’t inspiring much confidence.

But someone who has spent decades convincing others to share their celluloid souls couldn’t say no.

Could she? Of course not. 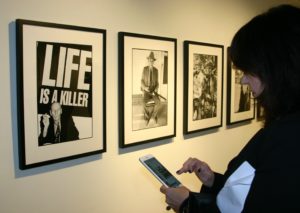 She stood up, walked to a corner near a large window, turned slowly, and posed with an attitude befitting a rock photographer who has captured the likes of David Bowie, Madonna, Bob Marley, the Sex Pistols, Iggy Pop, Patti Smith, the Rolling Stones, Andy Warhol, and many others. 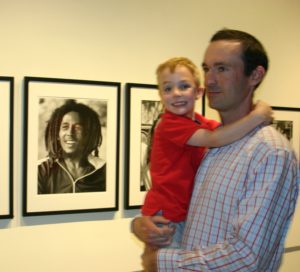 I snapped a shot and asked if she wanted to see the image on the back of my camera — a luxury not afforded by film cameras.

And … hey! She approved.

“That looks fucking great,” she said. “That’s a fucking great picture. Coming from me, that’s a miracle. You have achieved a miracle. That’s a beautiful shot. I can’t believe you did that.” 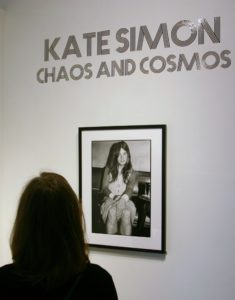 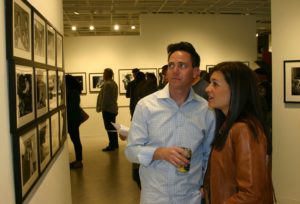 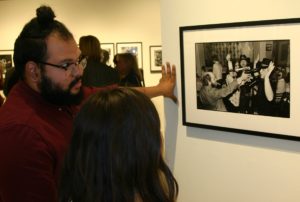 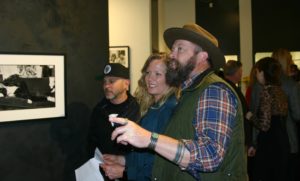