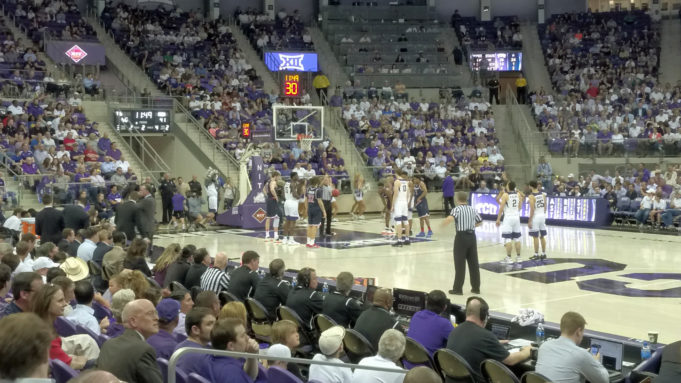 Is the institution of men’s college basketball under threat? Would paying players for use of their likenesses prove economically devastating? Will the likes of R.J. Hampton declining scholarship offers to play pro ball for a New Zealand team mean the end of the Cameron Crazies and “Rock Chalk Jayhawks” chants? How much has an increasing number of early entries into the draft diluted the NCAA talent pool?

Some questions to consider:

1. How dependent is the business of college basketball on the quality of its top players? Will fans stop coming if the best players are only as good as 4th or 5th round NBA draft picks (back when the league had more than two rounds in its draft)? Or will they root for their schools no matter what, especially if the players are still pretty darn good?

2. Is a full-ride scholarship sufficient compensation for a college basketball player? How much of the value he generates is due to what he himself does and how much should we attribute to the name of the front of the jersey? A college basketball team wins every single time a game is played, and somebody has to score the points. They don’t have scoreless draws in this sport.

It would clearly be rude blog writing to ask a bunch of questions and then not try to answer them. So here you go:

1. I’ve been to my share of NAIA and G-League games. I’ve gotten my butt lit up playing pickup against plenty of former college players. Those players, even though they might never have sniffed the NBA, are good.

86 players left school early for the draft this year (plus R.J. Hampton decided to play overseas as noted). There are about 4500 Division I players, plus a ton more at the lower levels. The colleges still have plenty of qualified players. Diaper dandies would still hit buzzer beaters.

2. I’m not going to bother to look up statistics about how much a college degree can add to one’s lifetime earning potential. The fact that players and parents go to great extremes to earn the chance to land a chance to earn any scholarship, and there are more candidates than slots available tells you that a college degree is sufficient compensation. Otherwise those players would do something else with their time.

If we simply had a normal market situation, that would be the end of it. But we don’t, which brings us to . . .

3. The NCAA is a not-for-profit institution. Its members are all either non-profits or government-owned. But the people who run the institutions involved are, like all gainfully employed persons, for-profit entities. They need to make a living. Commissioners, sponsorship sales reps, coaches, and the rest make more if the property they manage generates more interest and revenue. They’ve already got a pretty sweet deal, since taxpayer and donor dollars subsidize a lot of the facilities and faculty who help them offer those attractive scholarships to their participants.

4. When my father served as an athletic director, he always took the view that the most important part of the program was to provide benefit to the student-athletes. I disagreed with Ed about whether I should get a computer or a car when I myself went to college, but I had to agree with him about athletic priorities (and I reluctantly admit that, in hindsight, he was right about the computer, too). Priority one should be those players learning lessons of teamwork, perseverance, fitness, and many more via participation in their sport. The best, like the top artists and engineering students, earn scholarships to help with the cost of their full educational experience.

So college basketball is not doomed by recent developments. Allegiance  to schools, athletes continuing to accept scholarships even without additional compensation, publicly-financed university facilities, quality play on the court – none of those factors will disappear any time soon.

I’ve got another question, though. Why does a player have to lose his eligibility once he declares himself eligible for the draft and doesn’t withdraw by the deadline? While an underclassman who goes undrafted has G-League options he never used to have, it’s still a challenge for undrafted players. Why can’t that player return to school? And, furthermore, what about removing the limits on having to fulfill one’s four seasons of eligibility within five years, as well as the loss of eligibility for playing one’s sport professionally? What if you could go and play overseas for ten years and then return, play another season or two, and finish your degree?  You’d raise the quality of college basketball and also provide a safety net for players pursuing their hoop dreams. It’s not all that different from when veterans joined college teams after World War II or when players return from Mormon missions today. Plus, how awesome would it have been to see Charles Barkley play one more post-NBA season at Auburn or Clyde Drexler do the same at Houston? Now that’s a great college basketball question.