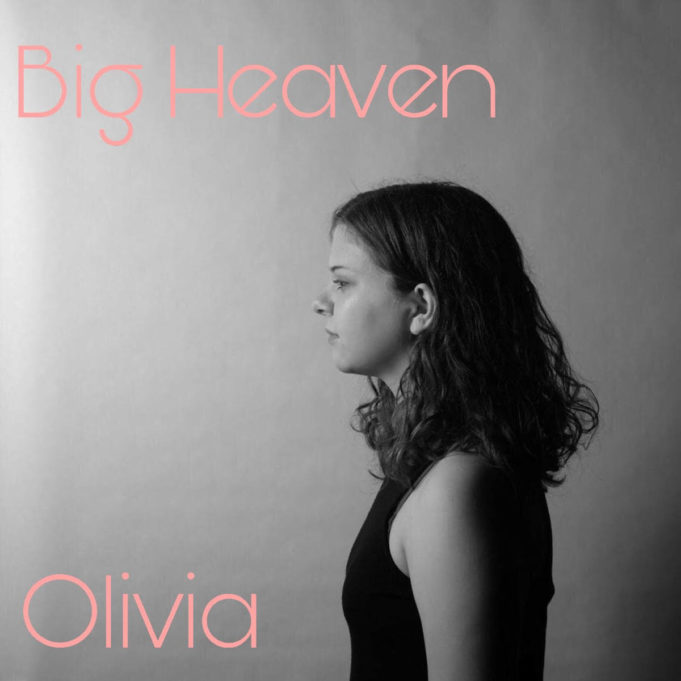 Olivia is Big Heaven’s second EP, the successor to last year’s Strike a Match, and like that release, it shares principal songwriter Mandy Hand’s affinity for the simplicity of classic pop. There’s also a new version of a previously released track, “Jim Smells Like Weed.”

On this outing, her lineup includes drummer Jesse Gage (Movie the Band, War Party) and keyboardist Steve Peglar (Sloan Automatic, Binary Void), apparently in the service of adding a punkier edge to her music. But Big Heaven’s interpretation of ’60s girl-group perfection –– or the Beach Boys, or the Ramones, for that matter –– washes that pop formalism in shades of synths, turning whatever punk direction she’d mapped out into a New Wave neighborhood that harkens back to the Bangles and the Go-Gos, and painted them in shades of SoCal Day-Glo, turning their progenitors’ sock-hop tearjerkers into Jazzercize boppers.

As such, Big Heaven’s nearest ancestors come from the Valley, where Earth girls are easy and the times at Ridgemont High are fast, but Hand is also schooled in the deeper strands of her music’s DNA, and beneath the vaporous synths clang her garage-rock roots. The effect, notable on tracks like EP-opener “Dreamin’” and “Same People,” reminds you that you probably went through a Best Coast phase five years ago, but seeing as how Big Heaven is right here, right now, you might as well stay and enjoy yourself, especially when a lonely keyboard line drifts over the guitar’s plaintive jangle like the light from a freeway exit.

When that synth floats overhead, the effect is as heartbreaking as it is relatable, at least if you’ve ever sat at a bar feeling lonesome despite a swirling orbit of friends. The downtempo sulk of “Nothing Left to Lose” closes the album like the door to a one-bedroom apartment after a night spent looking for empty connections. For all the sunny signifiers of her influences, Hand hits on the real feelings that “It’s My Party” only hinted at. Olivia’s six short songs pack a lot of emotional punch.